PlayStation 4, Xbox One and PC users hoping to improve their respective Rams, Patriots, Saints and Chiefs theme teams will certainly be happy, as a number of fan favorite items received substantial boosts to their previous Madden Ultimate Team editions. 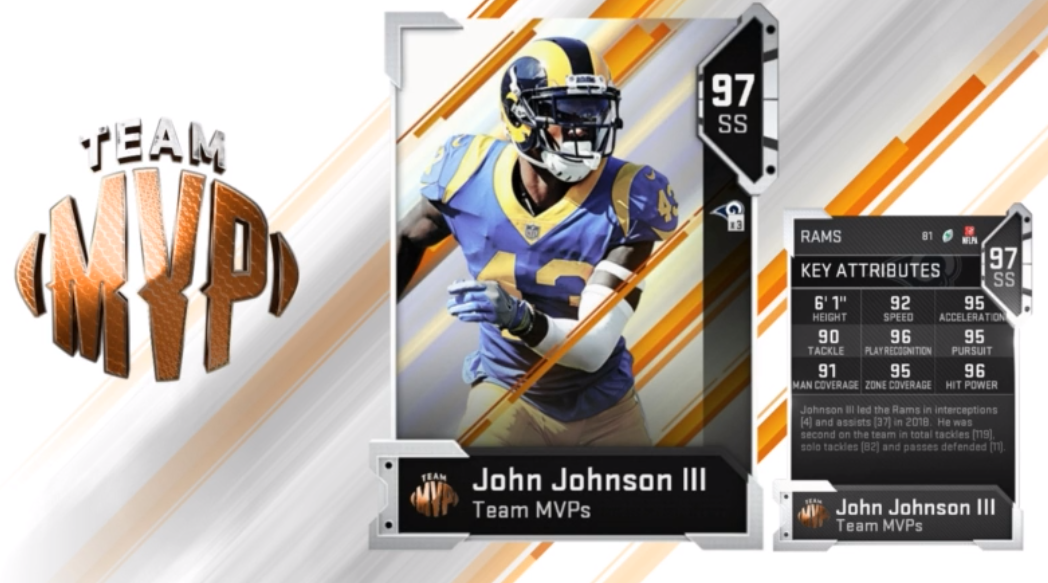 John Johnson thankfully received the 97 overall item for the Rams, finally representing the type of real-life player the second-year safety has developed into for Los Angeles.

It’s a bit disappointing to see Johnson slated with 92 Speed – after all, similarly rated Cardinals MVP and strong safety Antoine Bethea received a 95 Speed item despite being 11 years older – but Bethea will likely be one of the biggest outliers in a fairly balanced crop of 32 new 97 overall items, and thus isn’t exactly fair to compare to. 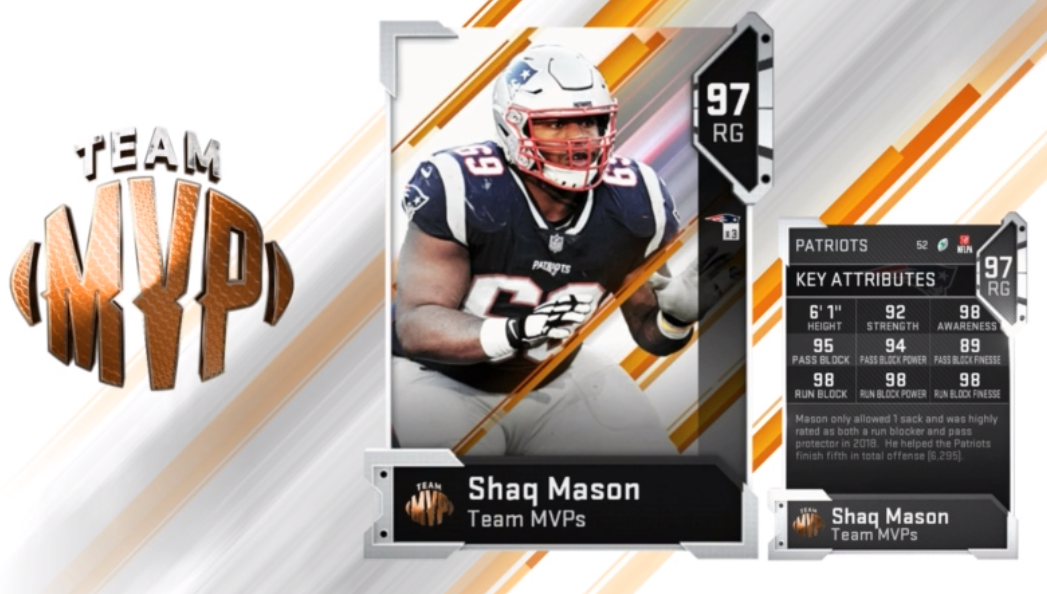 Shaq Mason’s item is frankly awful compared to the likes of 97 overall David DeCastro, who also received an MVP upgrade thanks to his play with the Steelers.

Receiving only a single point better run blocking, Mason is light years worse at Pass Blocking and Strength than the aforementioned Steelers right guard and isn’t even an all-around option like 96 overall Team of the Year Marshal Yanda.

However, Mason’s 93 overall Super Bowl present edition is arguably one of the better budget right guards in Madden Ultimate Team at the moment, so Patriots owners might wind up benefiting from the horrible ratings which should drive down the price and make the inevitably soon-to-be-released Power-Up an affordable and excellent option should a user have the necessary coins. 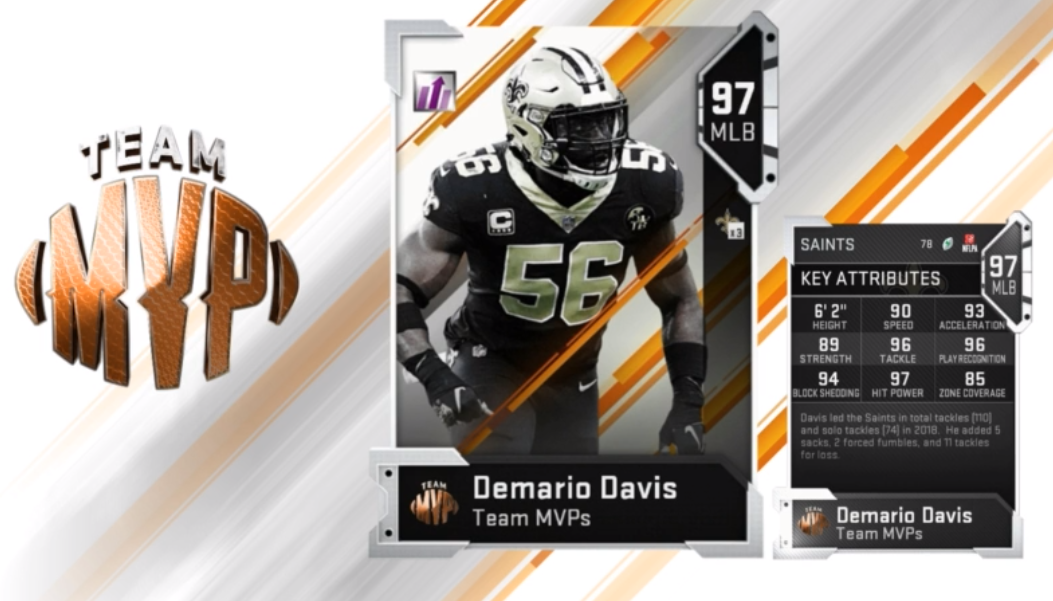 If you wanted to make an argument that EA intentionally balanced Mason’s item with a Power-Up in mind, the direct counter to that rationale would be Demario Davis’ blatantly unrealistic 97 upgrade.

With 90 Speed, the 30-year-old middle linebacker trails only 98 overall Team of the Year Bobby Wagner, fully upgraded Ryan Shazier and recently released 97 overall Team MVP Jaylon Smith in the influential category for his position. And he’s Power-Up eligible for three teams – the Saints, Browns and Jets – which means Davis could easily become one of the fastest MLB in the game through a handful of training point upgrades. 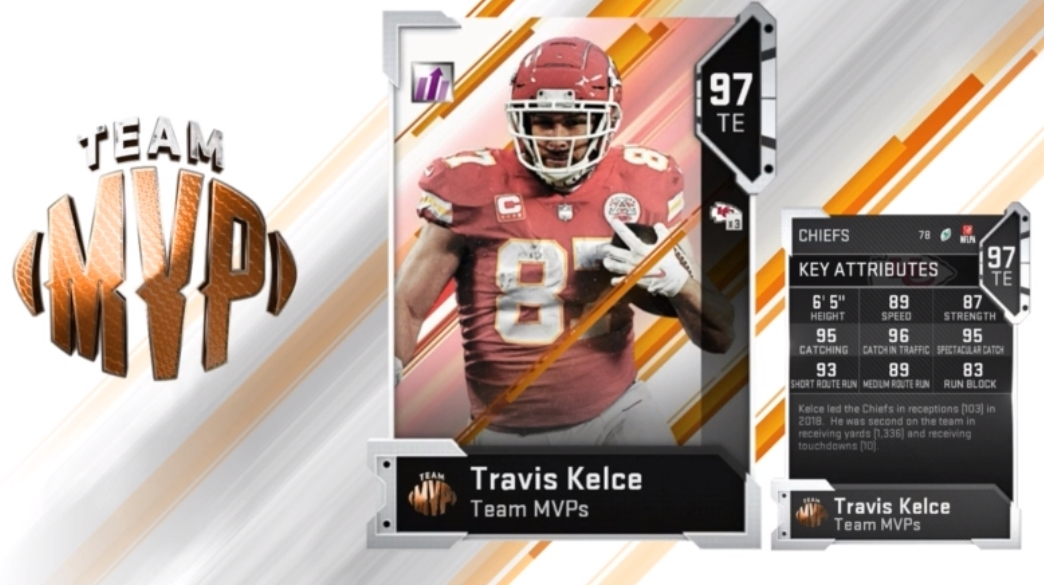 Travis Kelce rounds out the final four with an upgrade that honestly should have occurred way sooner than the end of February. One of the premier tight ends throughout the 2018 season, Kelce saw just one upgrade through the duration of the season – a limited edition Primetime Performer – prior to the Friday’s update.

It’s hard to say the wait was worth it, as Kelce only has marginally higher speed and receiving stats than some of his similarly overall rated colleagues

This follows a drop earlier in the week that introduced what is arguably the best MLB currently available without hours of grinding – the aforementioned Jaylon Smith – with another 90+ overall item, his third since late December. 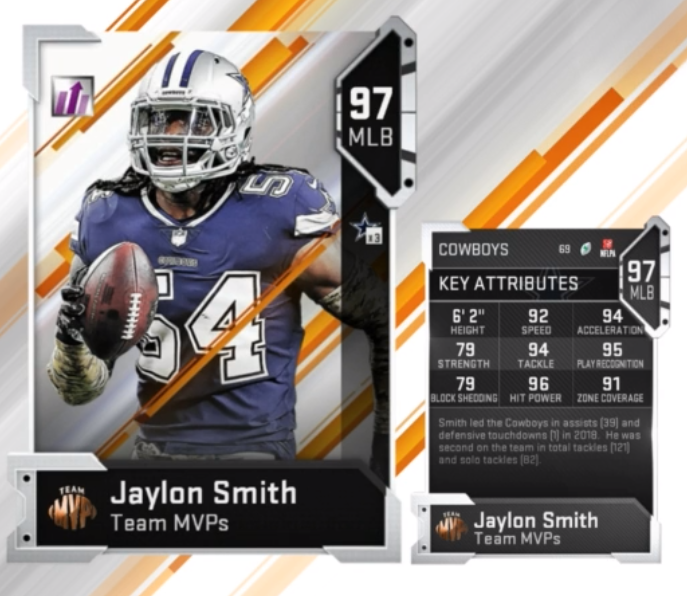 Jaylon Smith makes some of the other upgrades look weak in comparison.

While everyone will look at the 92 Speed and 96 Hit Power and be enamored with a rightfully glorious user option, 91 Zone Coverage also makes Smith one of just three players with above 90 Speed and 85 Zone Coverage. Suffice to say, the second-year Dallas linebacker is a multi-dimensional defensive threat and arguably could be one of the best MVP items to date.

The other three frankly can’t, and probably shouldn’t, stack up to Smith. 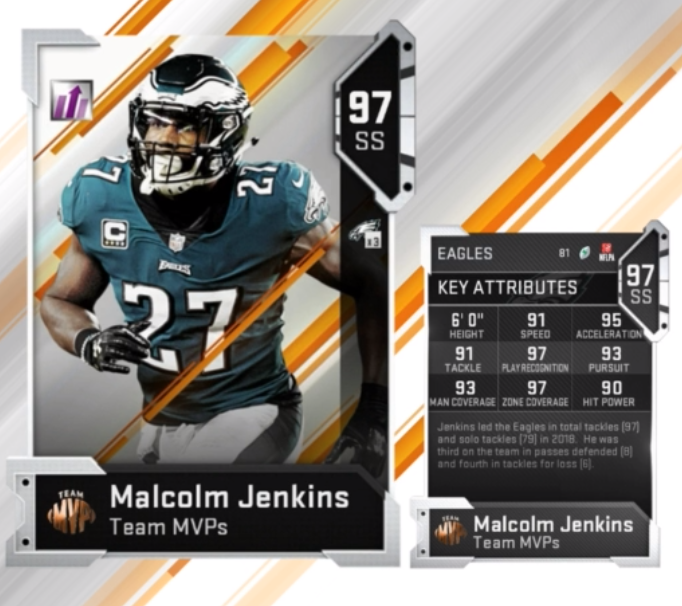 Malcom Jenkins can’t compare to some of the other options that dropped on February 22.

Keenan Allen can be bumped to 99 Speed through a variety of different chemistry options and already possesses some of the better route running and catching attribute combinations currently available in Madden Ultimate Team.

Eric Ebron is arguably been the aforementioned Kelce, with a bit higher speed and a bit higher catching despite quite possibly being a one-hit wonder with the Colts.

And Malcolm Jenkins joins a long list of safeties who are uncomfortably slow, but at least have enough coverage and hit power to dominate a given theme team.

We’ll go over some of the best Team Builders items dropped next week, highlighting a handful of budget items that would be great for any squad. With over 400 new cards infused into the game, #MUTSeason has certainly gotten off to an exhilarating start.