Another round of daily NFL Combine players have been released for Madden 19 Ultimate Team, and following the up-and-down cadence of the past two releases, the February 28 additions were a dud.

Despite going back to the same retread options for the NFL Combine in the previous days, such as former Titans running back Chris Johnson, EA evidently made the decision to hold off on a Jadaveon Clowney upgrade, likely to be used for a Limited Time item over the weekend.

It’s the only explainable reason why the ultimate NFL Combine “star” didn’t get his rightfully due upgrade particularly with the defensive end/linebacker positional emphasis that occurred in the latest drop. 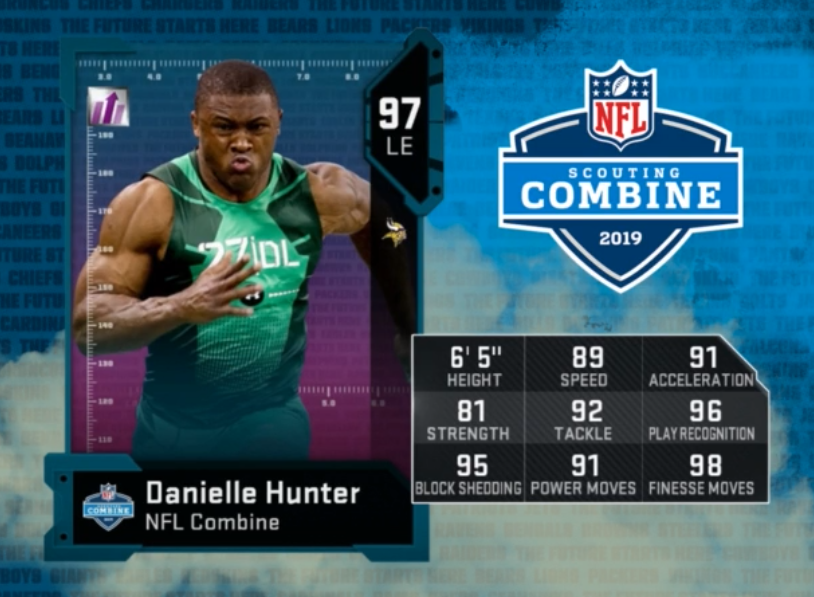 Hunter was one of the only serviceable drops for Madden Ultimate Team player in the latest drop.

Instead, what we are left with is one of the better defensive lineman currently in the game – Danielle Hunter – and then a smattering of other underwhelming 97 overall items.

You could argue Hunter is a better version of the NFL Tribute card given to Julius Peppers, as both DEs possess similar speed and pass rushing skills, with Peppers actually losing eight Blockshed to the Vikings’ star pass rusher.

That of course ignores his capabilities as a surprise user, which is essentially Peppers’ greatest strong suit in Madden Ultimate and is the reason his card is still over a million coins despite coming out in the beginning of February.

Still, “a budget Julius Peppers” is a tantalizing thought for a player that’s previous highest iteration was a 91 overall Team of the Week card released in November. 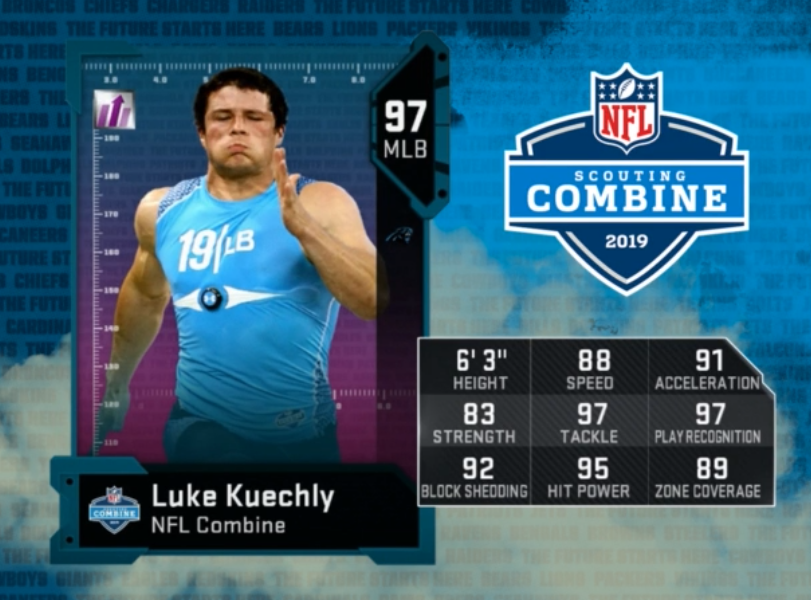 The decisions made with Kuechly’s upgrade left fans baffled and confused.

That version has nearly doubled in price since Wednesday night, so perspective potential Power-Up owners will be paying a premium at this point, but it’s hard to argue Hunter’s dominance in the meta right now.

When it comes to Luke Kuechly, he certainly should have been the headliner, but in an unbelievably bizarre case, EA opted to give Luke just 88 Speed despite the fact that at the 2012 NFL Combine, he recorded the third-fastest 40-yard dash time at his position.

This is supposed to be a promo that accentuates the ridiculous level of athleticism in the NFL. Why not make all those players in the promo, well, athletic?

As a result, Kuechly trails or is tied with 17 other middle linebackers in the important category and will likely be overshadowed by many in lieu of Team of the Year Bobby Wagner or Team MVP Jaylon Smith. 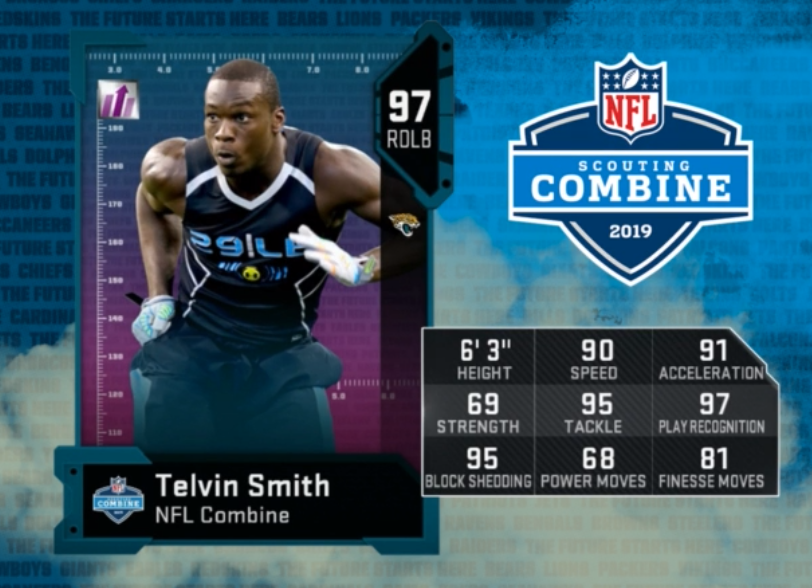 Smith could possibly become a nice option down the line after more upgrades.

Telvin Smith thankfully registered 90 Speed, but as a cover linebacker, it was sort of imperative he was fast enough to keep up with the myriad of fast receivers currently available.

Not shown in this image is his impressive 89 Zone Coverage and 84 Man Coverage, and given at least one of his items – the 91 overall Series 2 Master – was widely available for most users, it seems feasible that Smith could be a potential Power-Up for many currently without a stable ROLB. 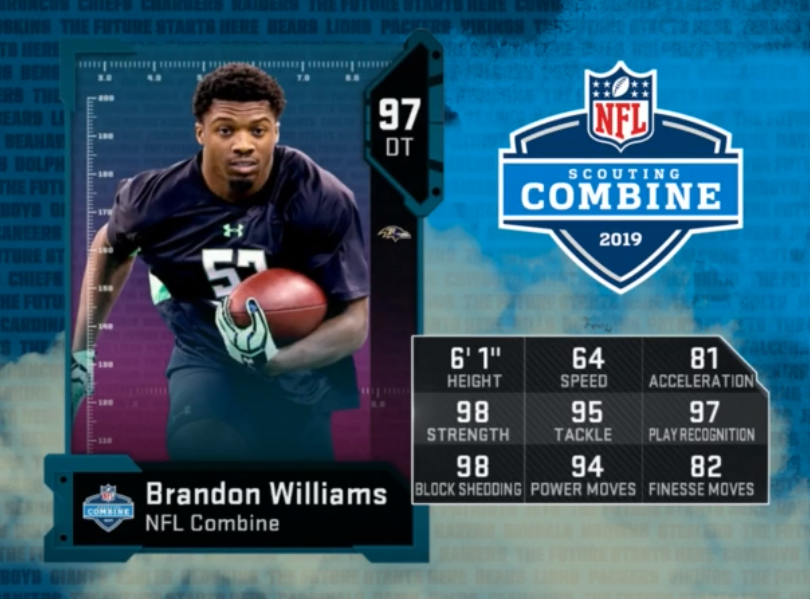 The wrong Brandon Williams was shown for this disappointing release in Madden Ultimate Team.

In true EA fashion, the final 97 NFL Combine player revealed Thursday has made waves on social media not for the excellence of the item, but rather for the incorrect card art.

Brandon Williams, the Arizona cornerback who has had a marginal NFL career to date, is mistakenly pictured instead of Ravens defensive tackle Brandon Williams, which you can imagine has led to some humor takes particularly regarding the difference in weight between the two players.

This isn’t the first time EA has put wrong pictures of players on items, but it might be one of the more egregious examples given the high overall nature of the card and the upgrade to Williams himself, whose previous highest overall was an 89 Team Builder item released last week.

As a result, Williams seems due to receive a Power-Up in the near future — one that will hopefully showcase the correct picture of the Ravens’ soon-to-be second highest-priced player once the NFL processes Joe Flacco’s trade to Denver.