Day 2 of the NFL Combine in Madden 19 Ultimate Team has been released, showcasing some of the more alluring players to grace the week-long promo thus far.

February 27th’s reveal showcased not one, but two of the fastest non Lamar Jackson/Michael Vick quarterbacks in MUT and also brought sorely needed updates to a handful of wide receivers.

Odell Beckham Jr. might one of the most needed upgrades, but the likes of Marcus Mariota and DeSean Jackson also highlight a solid NFL Combine drop. 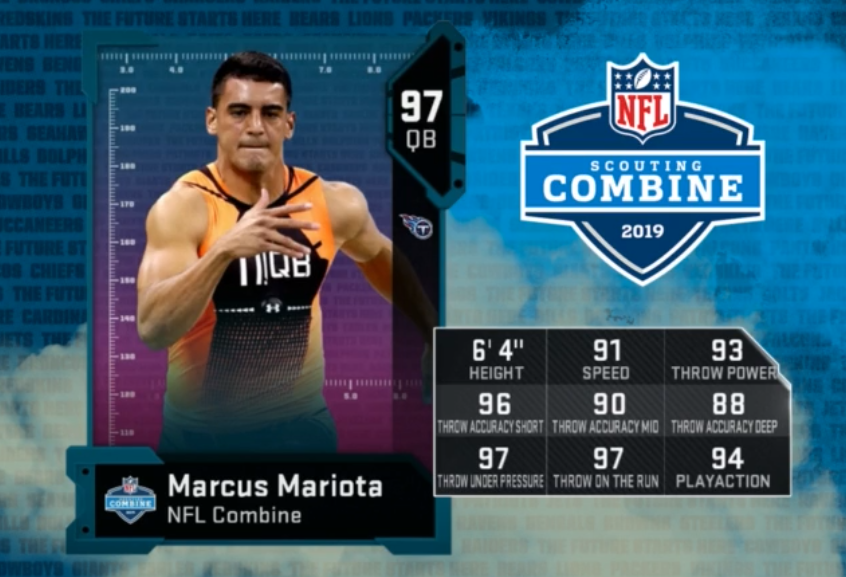 Marcus Mariota stands above the rest with a stellar upgrade.

Marcus Mariota will rightfully draw the most attention from this group, providing the Titans’ starting QB with only his second upgrade this season, and a drastic one at that given his 88 overall Blitz version was the best iteration prior.

91 Speed is just enough where a Titans theme team wouldn’t “have” to put Sprinter on the card to have him near the top of the QB meta, and his throwing stats are more than serviceable for a player who has yet to throw for 3,500 yards in a given NFL season.

Go Deep seems like the obvious chemistry needed to boost his lackluster Throw Power and similarly Deep Accuracy, but that’s about the only downside for a card that currently is tied for the third-fastest at a critical position., 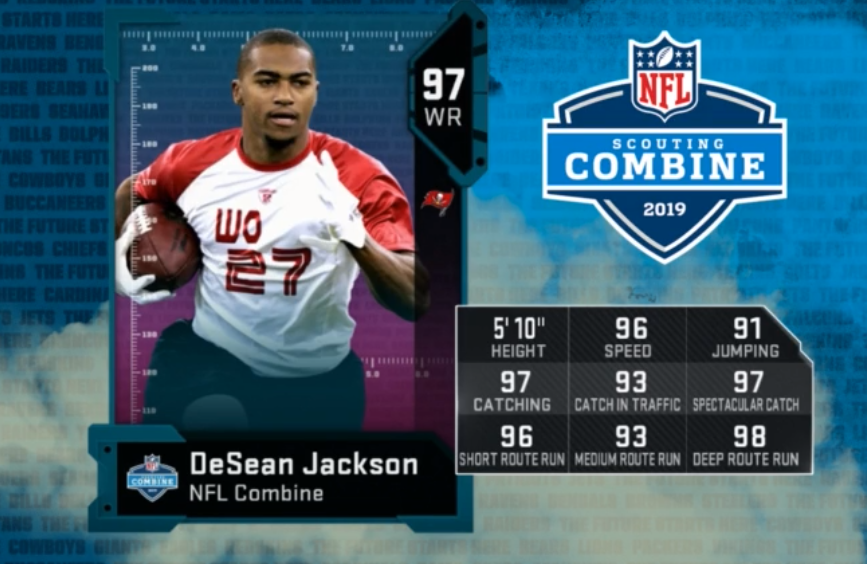 DeSean Jackson’s upgrade could signal an even more impressive upgrade on the way soon.

For all intents and purposes, DeSean Jackson’s reveal should signal the arrival of his long-awaited Power-Up card, which could come as early as this weekend.

Typically major items of promos have received a Power-Up item if they hadn’t had one already, and given this is Jackson’s fourth upgrade in Madden 19 despite failing to record 1,000 receiving yards or five touchdowns in three of the past four seasons, this one feels more like a formality.

That’d be a boon for a Redskins theme team in particular, as the Washington franchise just received their first 90+ overall WR in MUT this past weekend thanks to the Power-Up addition for Andre Reed. Bucs and Eagles theme team users might also want to stack up on Jackson’s previous iterations, as it’s not difficult to find room in a receiving core for a base 96 Speed card. 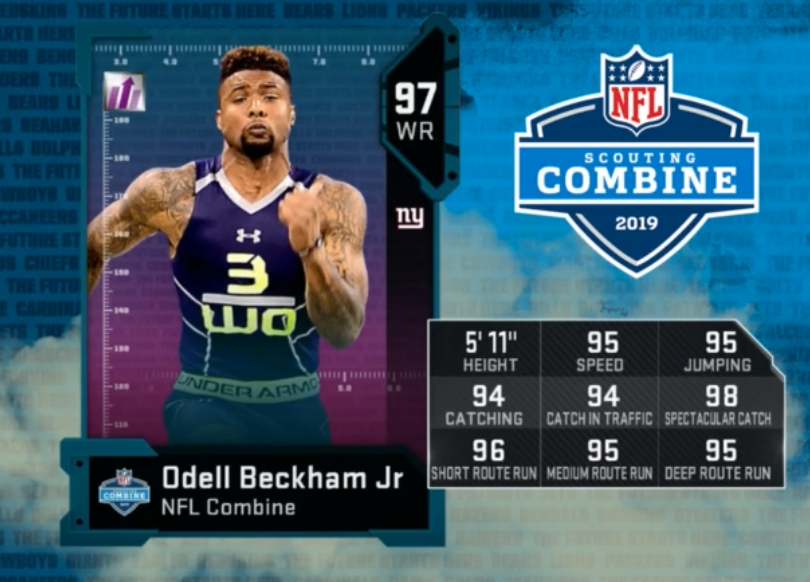 Odell Beckham Jr. finally got the upgrade he needed.

It only took since the beginning of October, but Odell Beckham Jr. finally received a new upgrade, improving upon his 92 overall Primetime Performer. The wait was definitely worth it, as the Giants wideout certainly appears to be one of the more well-rounded WR items in the game currently.

While the height (5-foot-11) will be the obvious flaw in a Beckham card, a myriad of 93 or higher receiving stats make him one of the best “6-0 and under” options available in the current market. 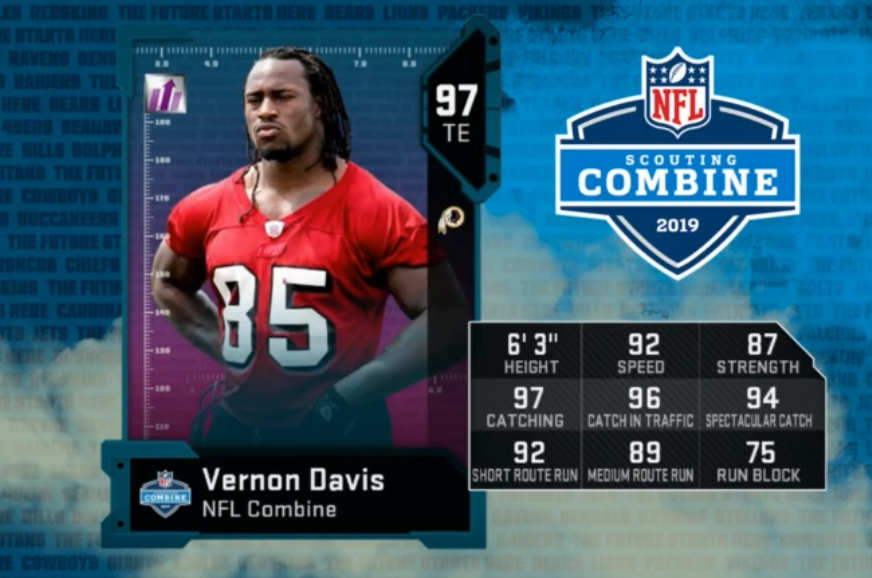 Vernon Davis received yet another upgrade.

It’s a bit bizarre to see Vernon Davis receive another upgrade, having just received a Playoff Performer 95 overall version in January, but it’s another benefit for Redskins, Broncos and 49ers theme teams.

Considering Davis ran a 4.38 40-time while Odell Beckham ran 4.43 40-yard dash, it’s annoying to see EA sandbag the tight end with 92 Speed just because of his position, particularly because this is supposed to be a promo that glorifies those types of attributes.

It’s tough to quibble too much, however, as Davis is right on par with George Kittle in terms of fastest TEs available, and fits in just behind a fully Powered-Up Team Captain Shannon Sharpe as far as well-rounded options go. 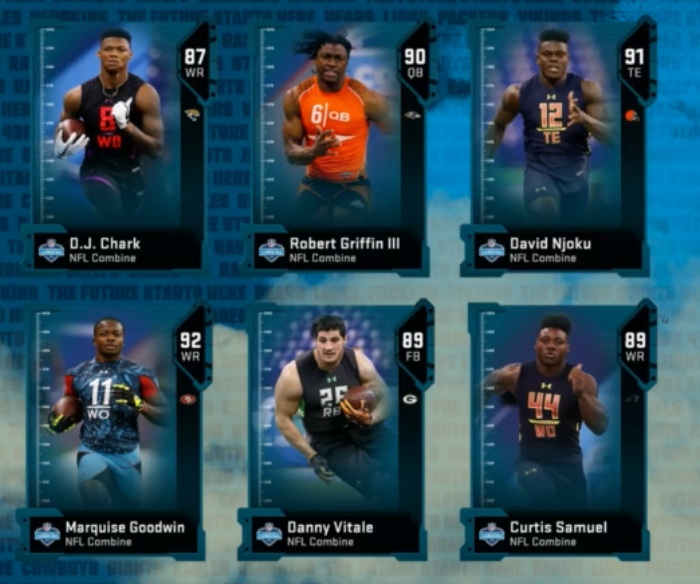 There were a couple more notable upgrades with the latest update.

Normally we wouldn’t point out some of the cursory additions to a given program, but all five of the newly released cards (Danny Vitale joined MUT on Tuesday) could be considered budget beasts thanks to their blazing speed.

Robert Griffin III is particularly intriguing given his 91 speed at the QB position, but he’ll need some major work with chemistry options and schemes in order to particularly reliable throwing the ball.