League of Legends released patch notes for the upcoming Patch 9.4 on February 20 that included more nerfs to Urgot, extra tweaks to some marksmen items, fixes to many bugs, and a whole lot more.

Since the Ranked season began on January 24, players have encountered strange metas appearing in the top lane, weak bot lanes due to inefficient items, and overpowered champs that don’t seem to be getting any weaker from nerfs.

Now Riot Games are looking to remedy these problems across the board with their new patch and it seems like a lot of the previous problems have been addressed. 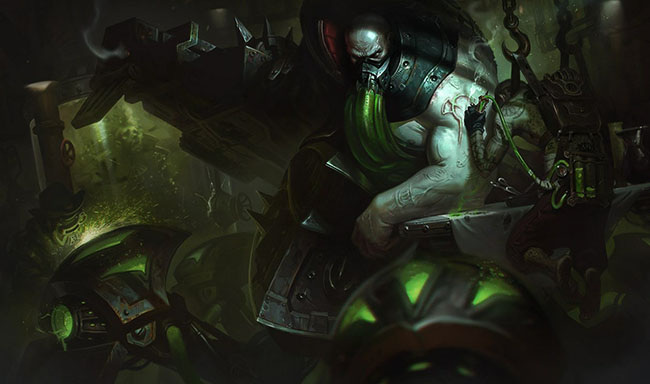 Looks like another round of nerfs are coming to the Top lane Urgod.

The most notable changes come with another round of Urgot nerfs, buffs to Hecarim’s early game, a quality of life improvement for Rek’Sai, and a nerf to the most dominant support in the game right now, Thresh.

Essence Reaver will, again, go under the microscope and be buffed to make it a bit more competitive.

As for runes, the 9.4 patch is solely focusing on the Conqueror since it gave players “too much immediate power” that it was not intended to have. The rune will now split 10% of damage inflicted into true damage and 10% into a heal, instead of giving 20% true damage like it was before.

The developers also felt it necessary to reiterate the changes made to the Spellthief Edge and Ancient Coin lines, which were made after strange metas in the top lane were becoming more popular in Ranked play.

Players will be feeling a lot of little changes from the 9.4 update, which will hopefully bring some much needed balance to the Rift.

For the 9.4 patch updates to Champions see below, courtesy of Riot Games.

Preseason’s changes to Dark Harvest and rune stats were more than “just a little” nice for Karthus. Now he’s everywhere and ruining your life. Less damage on Lay Waste will help opponents have a chance at fighting back. Here’s the caveat we’ll add for our “5 damage lul” change— Karthus spams his Q more often than most champs cast their abilities, so the numbers definitely add up.

Ardent Blaze allows Lucian to rapidly max out Manaflow Band, trivializing the cost of spamming his abilities. We’re forcing more of a tradeoff if Lucian goes the Manaflow optimization route by sapping his resources faster and weakening the strength of his all-in when he does.

We took a quality-of-life pass at Rek’Sai’s abilities, implementing smaller visual additions and kit revisions to help her feel better to play. Queen’s Wrath will come off cooldown earlier after clearing a camp since Rek’Sai no longer has to wait for the buff to expire before the cooldown starts, and (a couple of very specific cases aside) Void Rush is no longer avoidable.

Passive – Fury of the Xer’Sai

Sylas has landed in a pretty good spot since release, but there are a few usability issues on Chain Lash which we want to address. These fixes (plus a small Kingslayer nerf) will offer Sylas players a more meaningful choice between maxing Q or W first.

??? – Hijack no longer fizzles if Sylas loses sight of his target before the cast finishes

Before Worlds, we gave Thresh some buffs that allowed him to throw his hook more often in the early game. We’re partially reverting those changes since he’s proving to be too oppressive in lane.

We thought we had put Urgie in a good place after the last nerfs in 9.2. Alas, he’s continued to be an unstoppable force in lane with help from his low-cost shield and canisters. Urgot players will now have to choose between poking from range or shielding up to duel when spending their mana.

The theory behind Zed’s R – Death Mark passive—kill high-AD threats to get stronger—breaks down in practice because the highest-AD target is often not the most important threat for Zed to go after. At the same time, buffs to make hunting the highest-AD target correct at all times would make Zed entirely reliant on Reaper of Shadows, preventing him from finding success in other ways. We’re removing it and giving its power back to Zed in areas he’s been struggling in, namely a better early lane and more powerful late-game splitpushing.