German YouTuber Maxim has devised a way of playing League of Legends using milkshakes as a controller.

The bizarre system involves drinking from multiple milkshakes in order to control his character’s abilities in the game.

Maxim has four milkshakes, which are linked to the Q, W, E, and R buttons such that when he takes a drink, his champion uses the respective ability. A mouse is still used to control his champion’s movements.

Naturally, picking a champion reliant on a high rate of ability usage would make this set-up even harder to use, so Maxim locked in Singed, who requires a little less mechanical precision than many champions. 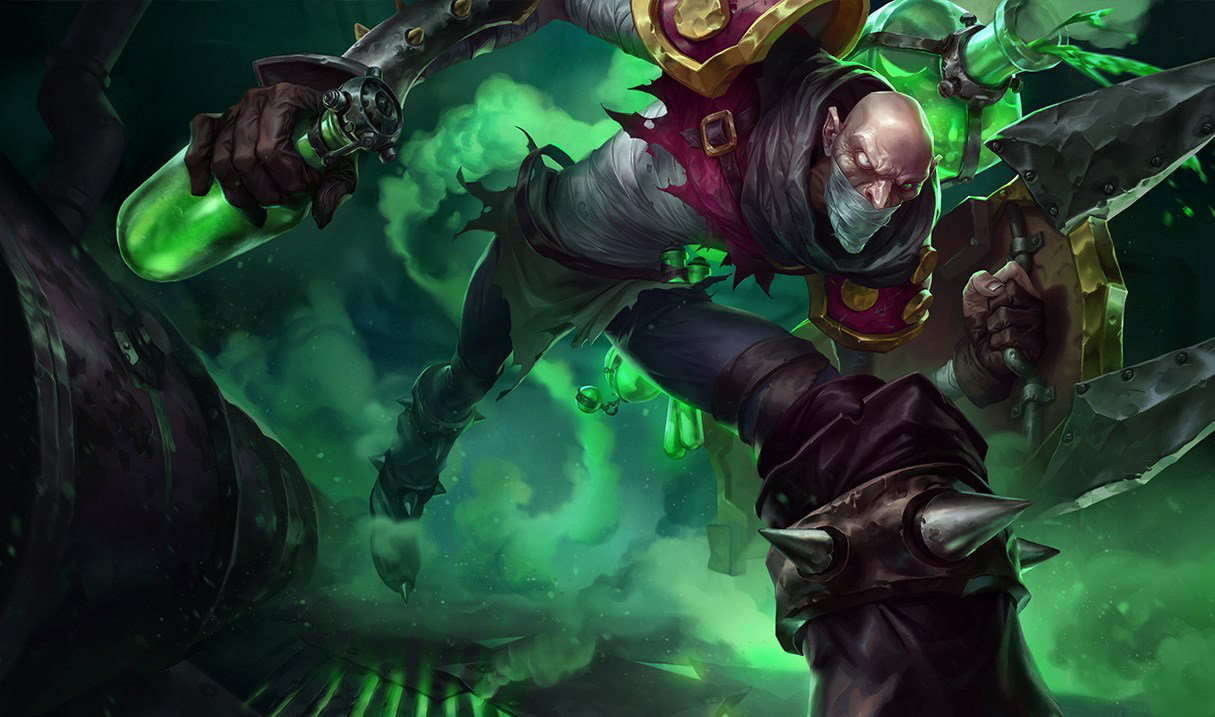 Maxim locked in Singed for his milkshake controller test.

Unfortunately, the game didn’t go entirely to plan for Maxim. He had to swap down to play a Support role after a dispute over who was in the top lane – this being a blind pick game with no pre-set roles – and at one point suffered some technical difficulties that kept him by the fountain briefly while he fixed the system.

Though the game was ultimately lost, Maxim did manage to play out the game using his milkshake controllers, and even secured a kill.

Maxim isn’t the only player who has come up with a creative means of playing a game. Twitch streamer Rudeism is well known for making a variety of bizarre custom controllers, typically for Overwatch where the control method often mimics the actions of the hero it’s designed for – a boxing glove controller for Doomfist, for example.

This also isn’t the first time Maxim himself has used an unusual controller to play League of Legends – although it might be his most bizarre yet. Previous examples include playing with a joystick, a steering wheel, and even a dance mat.