Popular champs from League of Legends were redone with a Pokemon twist in an epic crossover design that’s already proving to be a fan favorite.

LoL fans have long paid their tributes to Riot Game’s popular MOBA with everything ranging from cosplays to lengthy productions, and even imaginative crossovers with other legendary franchises.

While there’s been a ton of these creations throughout the years, longtime Summoner and artist ‘vmat’ was able to perfectly integrate the spirit of Pokemon’s trainers with the champions of Runeterra. 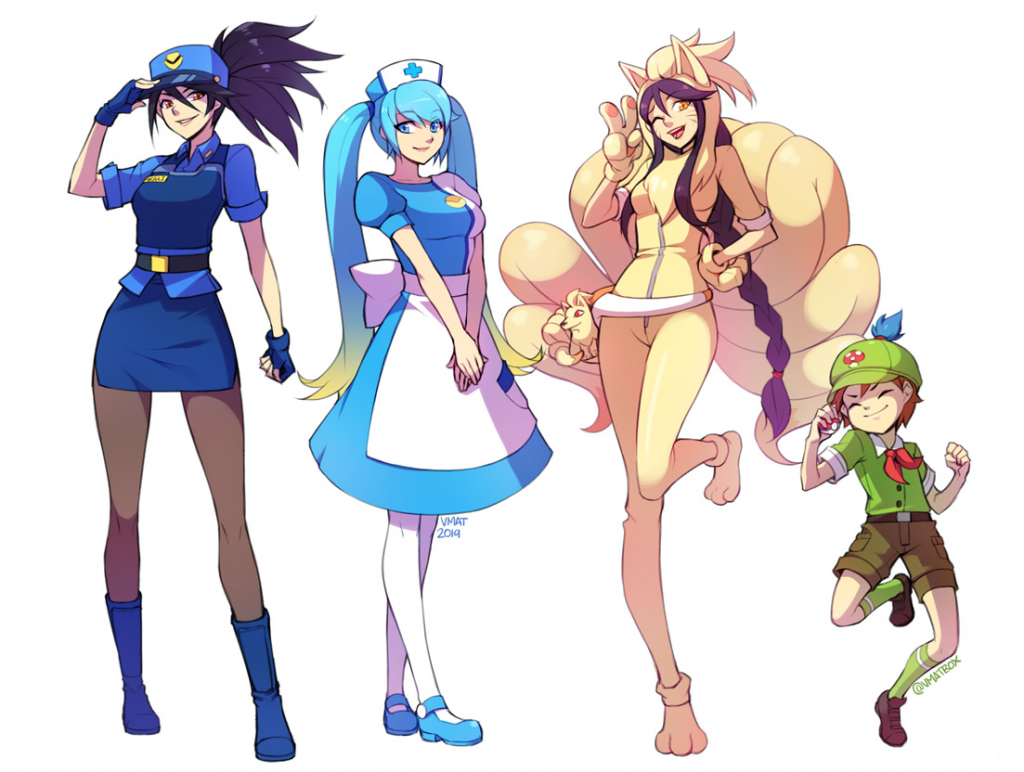 The artist managed took some creative liberties with champs like Sona and Teemo, but Akali and Ahri naturally translate to the Pokemon aesthetic.

In all, the massive spread covers 15 champions all redesigned to look like Pokemon trainers, professors, officers and even a reimagining of the nefarious gang Team Rocket.

While some characters are artistically created to mesh the different styles of the games, others look like they were natural matches to take on; like the Nine-Tailed Fox champion Ahri who was remade as a Pokemon Maniac donning a onesie of Ninetails, the Fox Pokemon.

Other mashups include Akali as Officer Jenny, Sona as Nurse Joy and Teemo as a Scout trainer. 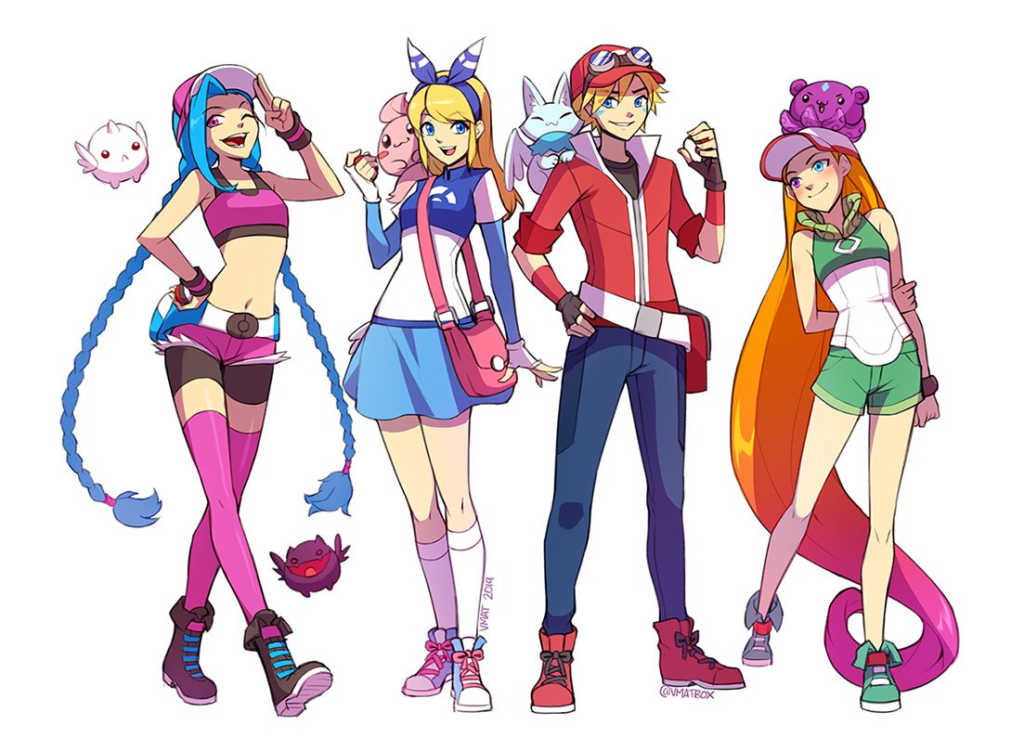 Any one of these would be easy skins for Riot to make in their MOBA.

But it’s in the renditions for the cast of Pokemon Trainers where vmat’s creativity really shines. Players will instantly recognize Jinx, Lux, Ezreal and Zoe even though they’re in wardrobes that look as if they were taken directly from an entry in the mainline of games.

Neeko, however, has a slightly different aesthetic to her. She’s shown with flowers in her hair and patterned throughout her outfit, perfect for someone found in the Alola region. 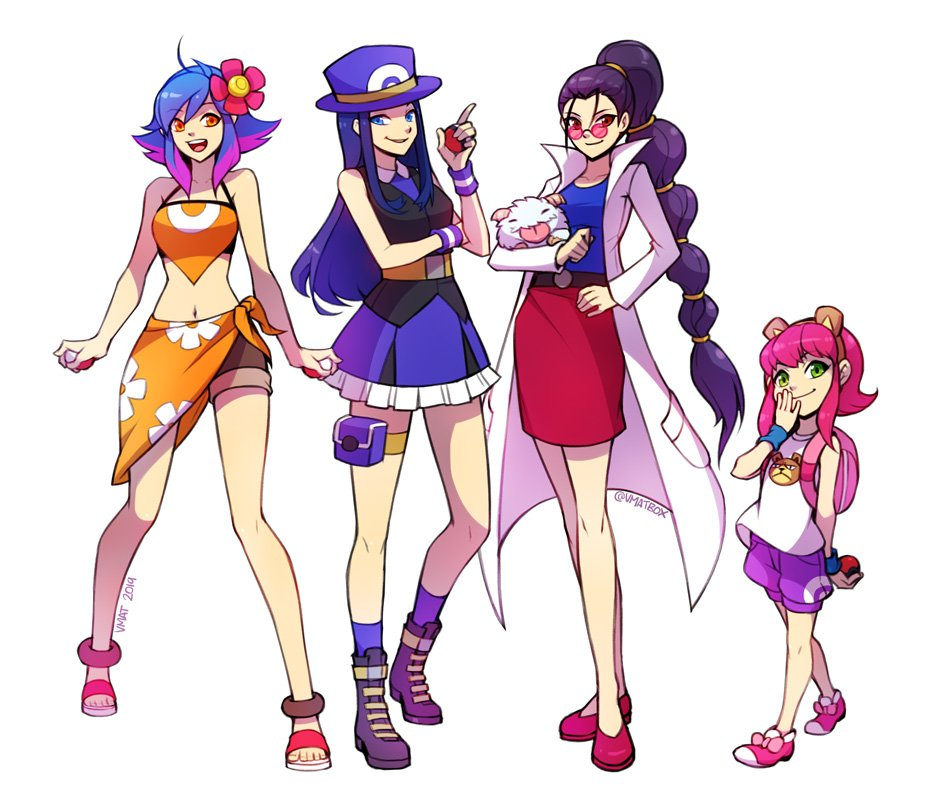 Even though mashing up the franchises are a challenge on their own, the artist found a balance between the LoL champs’ distinct look with the flair of Pokemon’s style.

Caitlyn can be seen with a smaller version of her tophat from her default LoL skin, meanwhile, Annie is seen wearing her trademark bandana with ears as Tibbers makes an appearance on her shirt. 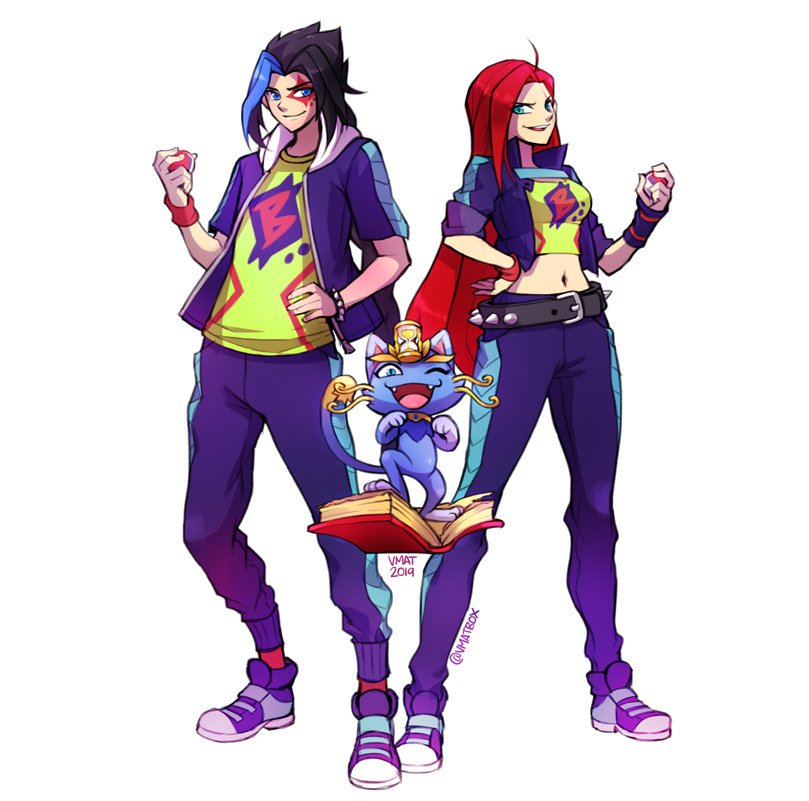 Team Baron would be an epic set of skins to have in League of Legends.

Vmat had other plans for Vayne, as the Night Hunter traded in her wrist-mounted crossbow to become a Pokemon Professor.

But one of the best elements in vmat’s ode to the franchises was in the creation of Team Baron – shown here as a nod to Team Rocket’s Jessie, James and Meowth represented by Kayn, Katarina and Yuumi, respectively.

While the styles for LoL and Pokemon vastly differ, vmat was able to blend them together to create something that stands out on its own.