Popular Twitch streamer Joedat ‘VoyBoy’ Esfahani might have accidentally leaked the first signs for a new champion to come in League of Legends during his time with the Riot Games playtest team.

The Mordekaiser rework will be dropping soon, and the League of Legends developers invited notable players and content creators to test out the changes to the Iron Revenant, giving some people a behind-the-scenes look at what Riot has been cooking up.

After playtesting was through, VoyBoy released a video on May 28 that could have given the League of Legends community an idea of what to expect in the near future as it relates to the next combatant to the Rift. 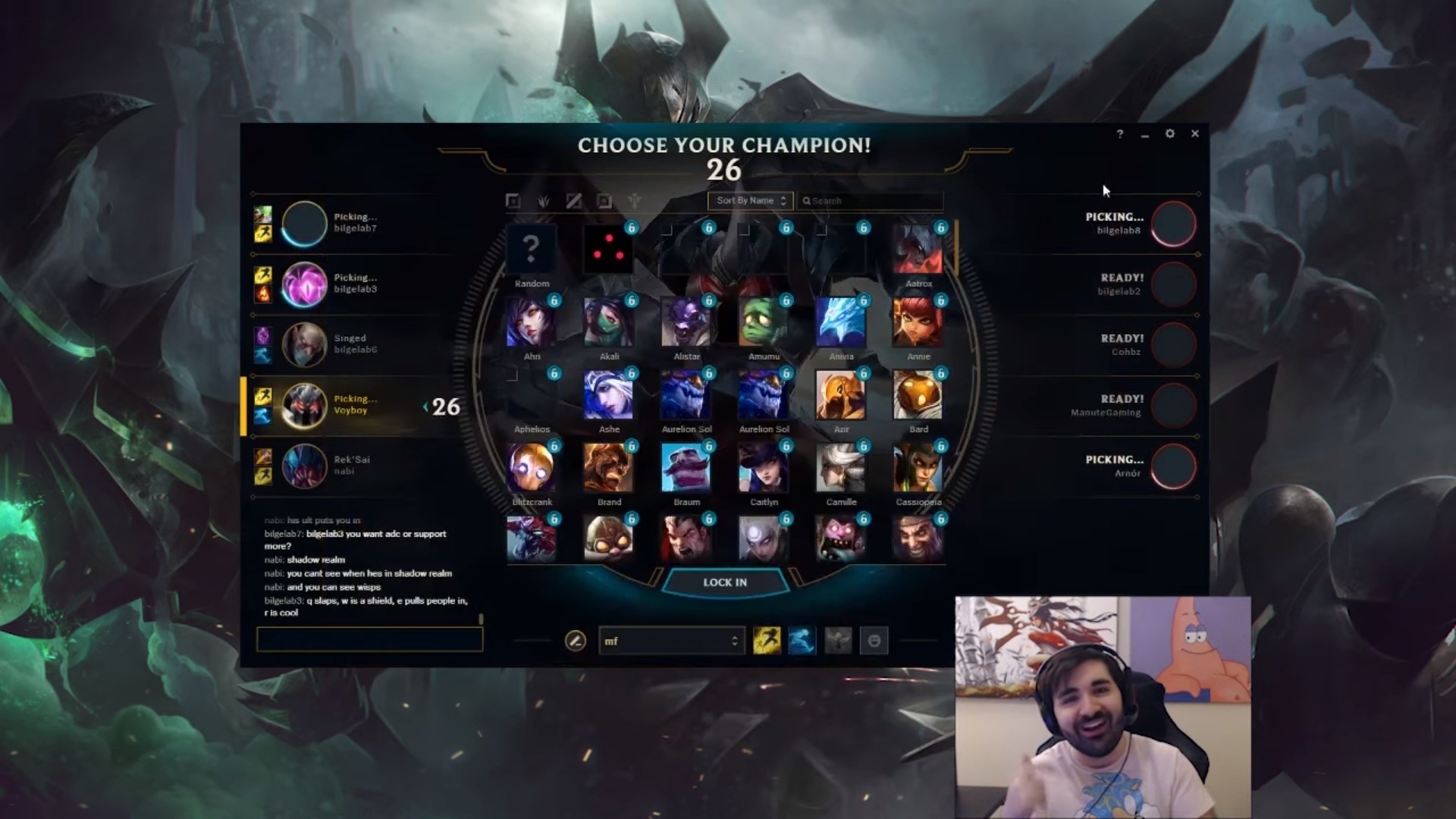 The leftmost blank selection tile on the third row appears to have a new name “Aphelios.”
600

While VoyBoy was kicking off his latest video showing off the reworked Mordekaiser there was a split second showing the champion select screen that the Riot devs are using for their playtests.

Even though there were numerous suspect champion squares riddled on his screen, like two options for Aurelion Sol, one in particular stood out for many players seeing as it was the only selection with a name not seen before.

Nestled between Annie and Ashe in Champ Select, a blank square with the name “Aphelios” has been throwing players in a loop. Some people in the community are predicting that the name is in reference to Riot’s next character or even the “non-traditional marksman” planned for late 2019.

[Timestamp at 0:14 for mobile viewers]

In their latest Champion Roadmap, the devs teased their next character would be a solo lane AD assassin who will send players “deep into the jungles of Runeterra where a brand new faction, hidden from the rest of the world, will reveal itself.”

While the name could hint to the assassin champ another working theory could be pointing to the next ADC for the game. Reddit user ‘Black_Dynamite66’ might be on to something as they looked up the meaning of the word that Aphelios seems to be derived from.

Riot Games was real quiet when they teased their next ADC, which players think could be related to the leak.

“So the definition of Aphelion is ‘the point in the orbit of a planet, asteroid, or comet at which it is furthest from the sun,’” Black_Dynamite66 said. “Aphelion relates to darkness in a sort of a sense, and the new ADC was teased with this gif, which is definitely a dark / darkness themed ability.”

While there isn’t anything more concrete as of the time of writing, players are already hyped for what the next champion could bring to League of Legends.