G2 Esports shocked the world when they revealed Rasmus ‘Caps’ Winther and Luka ‘Perkz’ Perković would be swapping roles in 2020, and now Marcin ‘Jankos’ Jankowski has revealed why Rekkles may be partially to blame.

On the surface, no one is really sure if Caps is truly defecting to the bot lane for LEC 2020 — G2’s League of Legends roster has built a persona of jokes, meaning no one really trusts even seemingly official announcements.

It seems like the Worlds grand finalists may be serious this time, however, especially after Caps issued a warning to “the bot lanes of the world” regarding he and support Mihael ‘Mikyx’ Mehle getting “cheeky” and “tricky.”

Apparently, there’s more at play regarding G2’s roster changes than just the fact their bot and mid lane stars want to change things up for the 2020 season too. 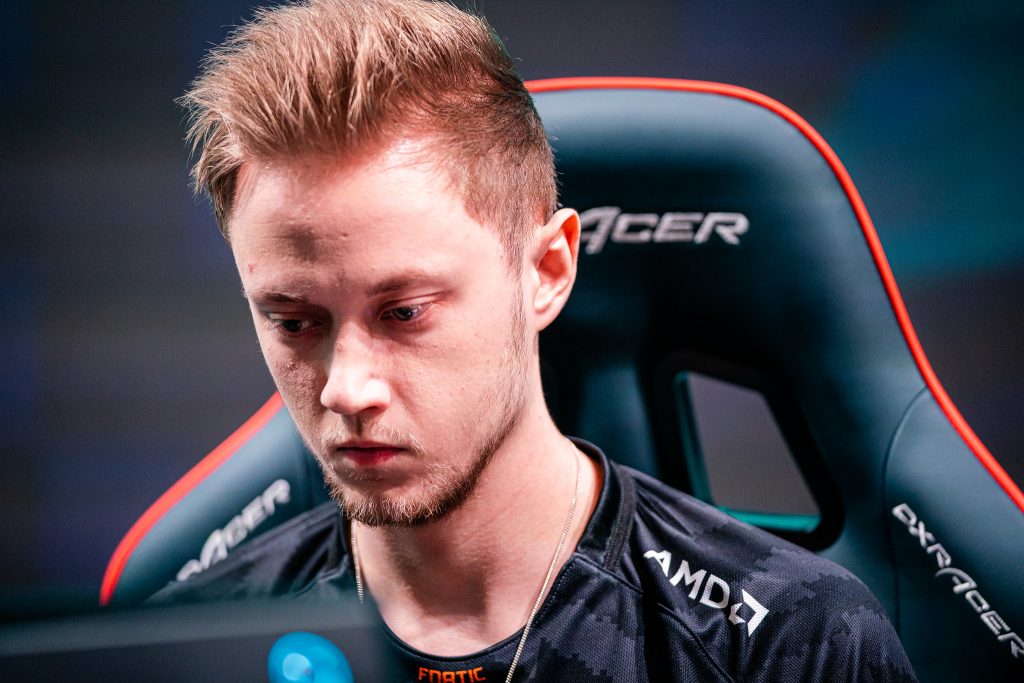 Rekkles may not know it, but apparently he played a major role in Caps and Perkz trading places for 2020.

According to Jankos, Caps’ former teammate Martin ‘Rekkles’ Larsson had a major part to play in the move, after Caps revealed that beating Fnatic in the 2019 Summer finals wasn’t enough: he wants to do it from the same role as Rekkles too.

“Okay, I will tell you the truth about role swap, okay?” Jankos said during his return stream during League of Legends’ offseason.

“First, Caps left Fnatic… and he did beat Rekkles when he was playing against Rekkles, and now he actually wants to beat Rekkles while he’s playing the same role as him,” Jankos explained. “So Caps role swapped just to beat Rekkles again, but this time on the bot lane [instead].”

While the Polish star’s reasoning to his fans might hold some weight in the change, there might also be a more competitive reason behind it too — if it does come true in LEC Spring — considering G2 fell just short of the org’s main goal.

After their 3–0 defeat at the hands of Chinese champions FunPlus Phoenix, the European roster may have been looking for a way to change their fortunes next year without having to abandon any of their five current superstars.

With Jankos, Mikyx, and Martin ‘Wunder’ Hansen all some of the best options in Europe, and coach Fabian ‘GrabbZ’ Lohmann proving more than competent, a role swap seems like the easiest way to shake up the status quo.

G2 are allegedly making the swap so Caps can finally face, and potentially defeat, Rekkles in the bot lane.

The back-to-back defending champions may need the boost too, considering closest rivals Fnatic have added explosive jungler Oskar ‘Selfmade’ Boderek and player-come-coach Alfonso ‘Mithy’ Rodríguez ahead of the next LEC season.

Now, if the role swap is true, the European Championship is set for another series of interesting battles, both as Rekkles and Caps come face-to-face in the bot lane, and in the race for the LEC crown in 2020.