Riot Games have announced the return of Watch Missions that saw numerous fans earning in-game rewards as they cheered on League of Legends pros battling it out during Worlds, but the company is looking to expand the program in 2019.

Riot Games first introduced the Esports Watch Rewards on September 10, and are now looking to make good on their promise of expanding their offering by opening the project to regular season games for various leagues around the world.

In a blog post, the company announced that esports viewers can start earning Icons, Emotes, XP and Blue Essence for watching Spring Split games starting January 11 with the CBLOL in Brazil, but players will have to follow a simple setup to start earning rewards. 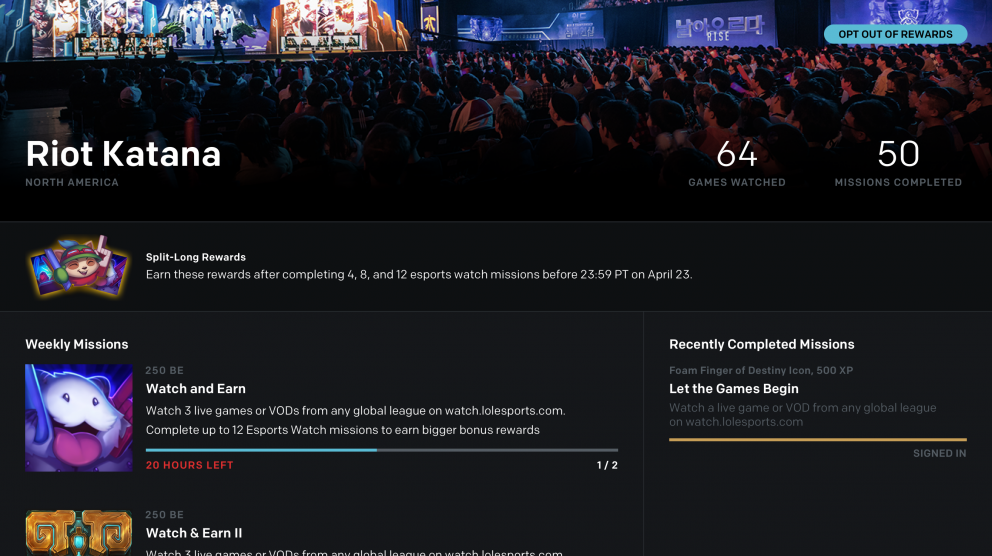 A sample of what viewers can expect to see as they track their own mission progress.

To get in on the fun, players will have to visit Riot’s viewing client, and opt-in to the reward program by signing into their League account.

Moreover, the program will only reward those who watch at least 10 minutes of a live game or VoD on the embedded YouTube or Twitch streams on the watch.lolesports.com site. 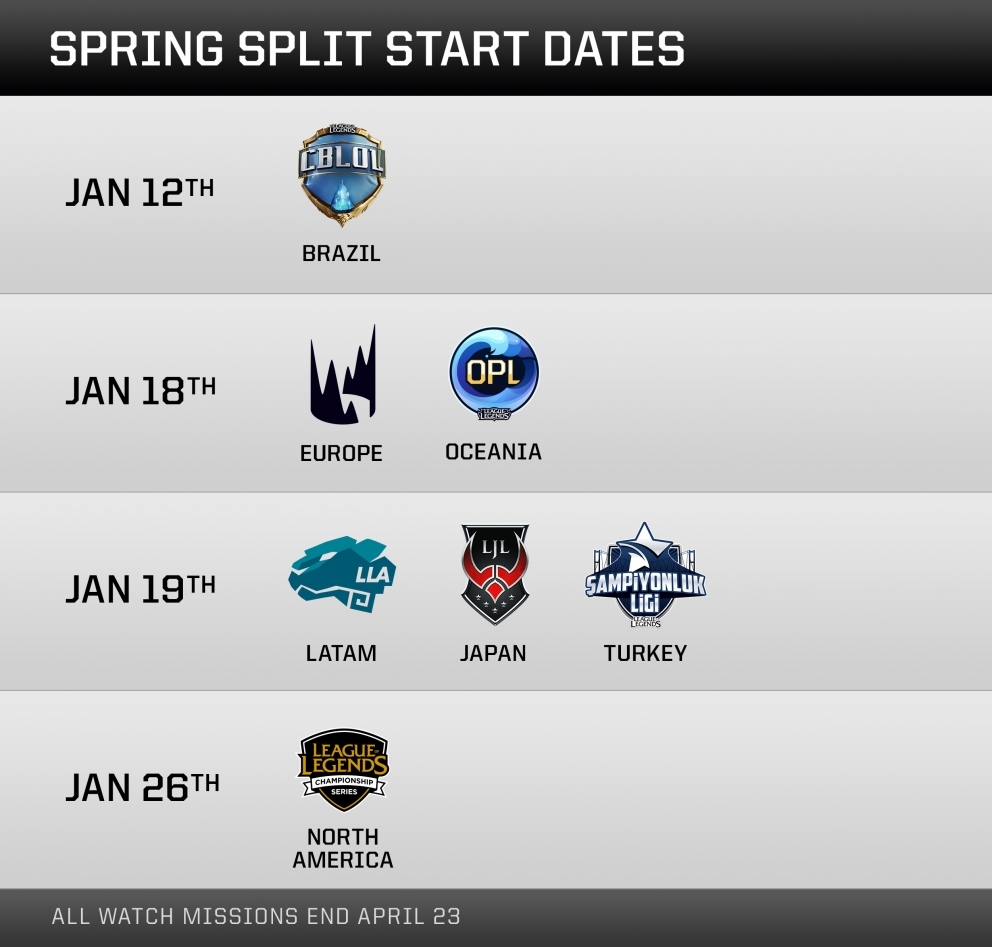 The starting dates for the Watch Missions by league, however all missions end on April 23.

The company said they hope to grow the program as Riot collects suggestions and feedback from the community, as fans surely will notice the omission of the LCK and LPL from the eligible leagues.

The Spring Split Watch Missions will end on April 23, giving fans three months to binge pro games to earn progress through the various missions that should pop up.