League of Legends Worlds 2020 champions DAMWON Gaming have had their dedicated champion skin choices and designs revealed, and they look incredible.

As is tradition, players from the world champions get their own customized skins, with the opportunity to select which champion they would like the skin to be made for.

It’s a special occasion for any player. As part of the tradition, the skin will be designed to meld aspects of the player’s personality with the champion itself to produce something truly unique.

As champions of Worlds 2020, DWG stars Nuguri, Canyon, ShowMaker, Ghost, and BeryL all selected which champions they want dedicated skins before, and the end product is tremendous.

The players involved had previously announced the champions on their respective shortlist, but the final selection had not been announced until now, thanks to Dambung.

Set on a tempestuous background, the DAMWON Worlds 2020 skins have an almost ethereal light blue theme, which quite appropriately matches the height of their achievement.

Here are the champions each player selected for their dedicated skin: 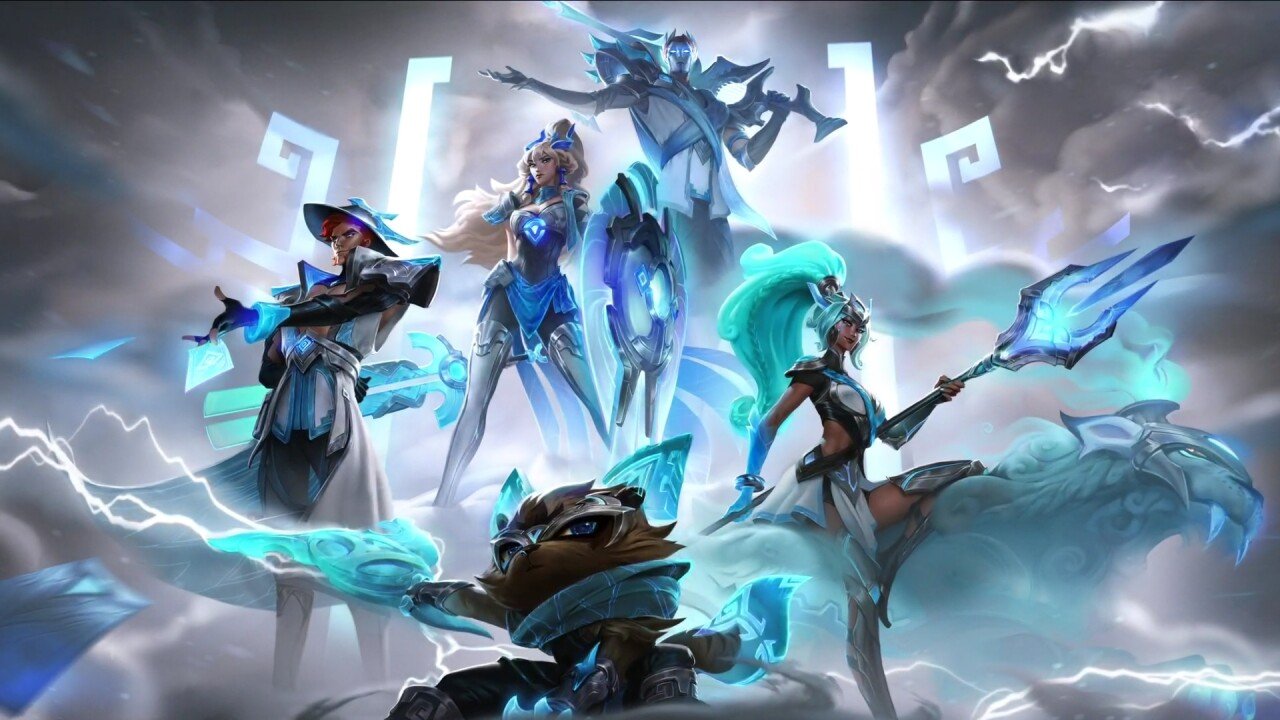 The splashart for DWG’s Worlds 2020 skins.

How much will the DAMWON skins cost?

The price has not yet been released, but if they’re Epic tier like FPX’s Worlds 2019 skins, you can expect them to set you back around 1350 RP.

If past years are anything to go by, it’s also likely these skins will be available in a bundle for a discounted price.

Either way, these skins are an exceptional commemoration of a fantastic achievement, and a fitting reward for one of the greatest rosters League of Legends has ever seen.

While they rebranded over the winter to DWG KIA, you wouldn’t bet against them receiving a fresh batch of skins this time next year. You can keep an eye on DWG KIA’s performance in LCK via our dedicated hub.