Trucker left speechless after running over animal during Twitch stream

A trucker couldn’t believe what he had done during one of his Twitch livestreams, after running over an animal with all of his viewers watching on.

The streamer, who goes by the name of EvilEtho, can often be seen streaming while driving an 18 wheeler around the United States.

However, little did he know that – on this instance – he would be recording the presumed death of an animal during a drive. 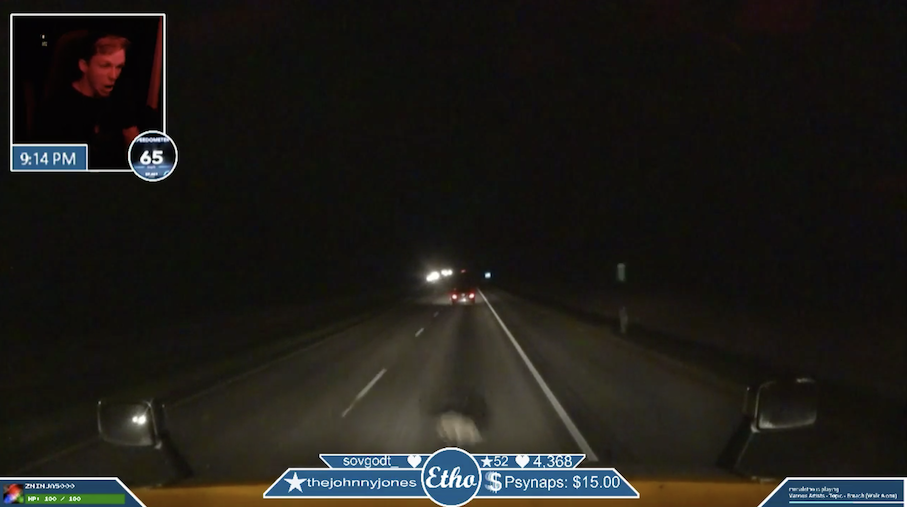 It’s difficult to say what animal the streamer hit, due to how quick things played out.

A clip of the shocking moment, which was captured by Twitch user lumburrr, shows EvilEtho driving and interacting with the chat at night, before he spotted what looked like a rabbit or a hare rush in front of his vehicle.

Having realized what had just happened, the streamer stopped talking for a moment and placed his hand over his face in shock.

Warning: Some users might find the following footage difficult to watch.

“There’s nothing I could do, it was too close” he said, after hitting the animal during a trip from Raleigh, North Carolina to Atlanta, Georgia.

The unfortunate footage has already amassed over 4,500 views at the time of writing, which is still a long way from the top 10 Twitch clips of all time but certainly ranks as the most watched video on EvilEtho’s channel to date.