When a WWE 2K20 player asked Xavier Woods about a glitch he was experiencing, the six-time WWE tag team champion responded that it was actually a unique comeback ability.

“If you’re not cheating, you’re not trying.” Hall of Famer and legendary wrestler Eddie Guerrero once said that, but is replicating yourself with an exact clone considered cheating?

Maybe, but even if that question is answered, it doesn’t explain why Twitter user @LyMoula had two versions of WWE wrestler Xavier appear in the ring during a game of WWE 2K20. He asked Woods on Twitter “what on earth” was going on, but Woods clarified that is actually a unique comeback ability.

The ability is titled “Gamer Rage” and it occurs “when you and your entire team is losing so bad that you have a legitimate out of body experience.”

It’s my comeback ability. Only my character has it.

Gamer Rage – When you and your entire team is losing so bad that you have a legitimate out of body experience. https://t.co/XXGhPKXuXk

Woods is of course joking, but that hasn’t stopped WWE 2K20 players from experiencing Gamer Rage themselves. WWE 2K20 was released on October 22, and is an absolutely broken, glitch-riddled mess. In one day, it has already produced some legendary bugs.

The launch of WWE 2K20 went so poorly that the #FixWWE2K20 hashtag trended at the top of Twitter, with huge news sites like Sports Illustrated, Newsweek, and Forbes running stories on its disastrous first couple of days, as well as nearly all gaming news and reviews sites.

This is the second sports-related 2K release to have troubles at launch this year. Players called out for 2K to fix NBA 2K20 when it released in early September. The NBA 2K team said on Twitter that they would “begin working around the clock” to prepare a patch that would fix significant issues.

While many fans still say NBA 2K20 has problems, and its reviews on Steam are overwhelmingly negative, the game has sold remarkably well, reaching the top sales spot for games in 2019. 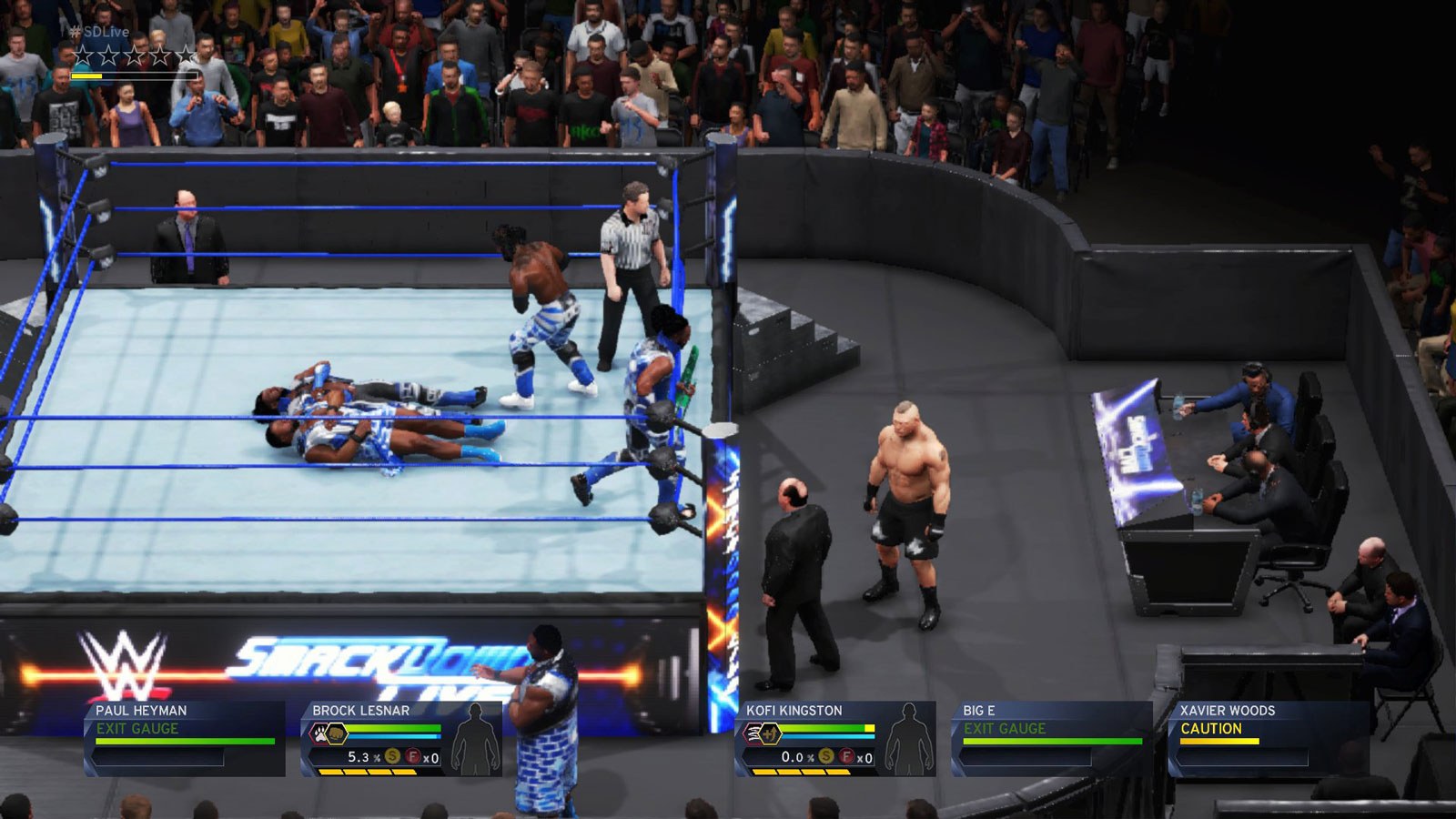 WWE 2K20 has so far not mentioned any need for a patch or update on their Twitter account, but instead are already promoting a $50,000 Twitch Rivals competition.

Xavier Woods is an avid gamer, and runs the successful YouTube channel titled UpUpDownDown. Woods recently suffered an Achilles injury and will be out of wrestling action for some time, but tweeted that he’d spend the time off streaming and attending conventions.