Far Cry is set to take its players on another whirling adventure through Hope County, but in a startling change of pace from the previous entry of the series.

The ninth title in the Far Cry series takes place in a familiar setting during the aftermath of the events from Far Cry 5 which released March 2018.

There’s a lot to unpack for New Dawn, so here’s everything we know about Ubisoft’s next big title in the Far Cry universe.

When is Far Cry New Dawn Coming out?

Players can expect to get their hands on Far Cry New Dawn on February 15, 2019 for Playstation 4, Xbox One and PC systems retailing at $39.99.

Ubisoft was quick on the development for New Dawn, since players can expect to play it less than a year after the release of Far Cry 5. 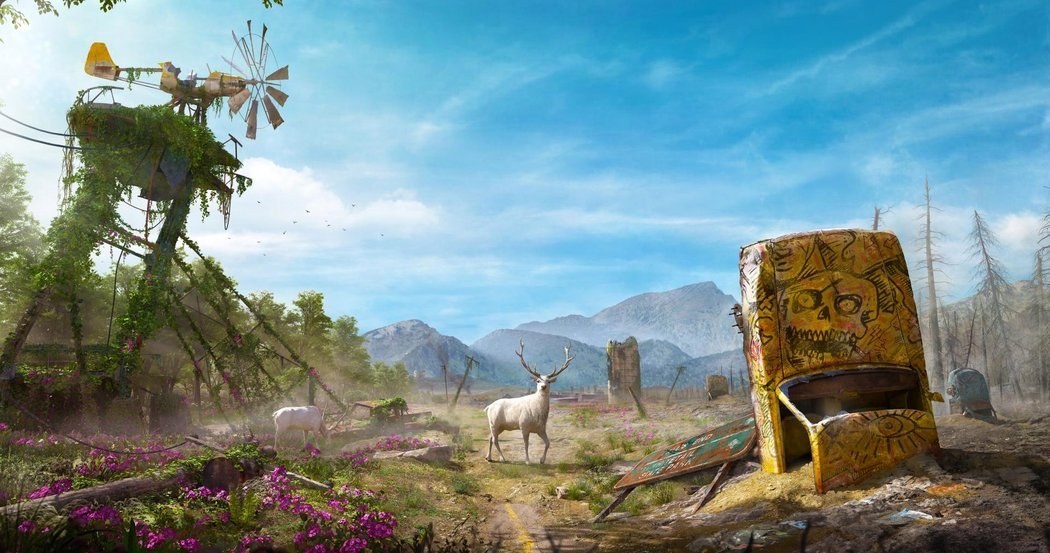 Even though players will be exploring familiar territory, things look much different.

How many editions is New Dawn available in?

Ubisoft is known for their many editions for big releases but Far Cry New Dawn will have a slimmer offering with just the standalone game or a Deluxe Edition.

While the Deluxe Edition retails at $49.99 / £45.99 / €54.99 and comes jam-packed with three DLC offerings including the Retro Weapon pack, the Knight Pack, and the Hurk Legacy Pack.

What do we know about Far Cry New Dawn so far?

Far Cry New Dawn is a direct sequel to Far Cry 5, as such, many of the past game’s elements will carry over to this year’s release. The first-person shooter will take players across Hope County, 17 years after The Collapse that occured at the tail-end of Far Cry 5.

As the protagonist, the player will be centered around Prosperity, a new home base that will let players get new weapons, vehicles and the like. Guns for Hire and Fangs for Hire will return in Far Cry 5.

On Xbox One, the download size of the game has been revealed at 22.77 GB – while the PC version is laid out at 30 GB on Steam. The file size is not currently available for PlayStation 4 but it shouldn’t be a million miles away from the Xbox size. Depending on which version of the game players purchase, there should be a few hundred megabytes worth of downloadable content to go with that too.

Ubisoft have been really pushing the video content leading up to the release of the game.

The company has revealed not only a story trailer, but finally a launch gameplay trailer as well – to give us an idea of how it’s all going to play out.

What will Far Cry New Dawn’s gameplay be like?

Aside from what we can see in the gameplay trailer, it seems like Far Cry New Dawn will take on a more RPG element to how its players build shape their character. The game is still a first-person shooter, but will have a deep aspect of crafting in order to hone new ways of protecting your settlement.

There will be allies, both human and animal, to be made as the world of Far Cry New Dawn takes shape around the player.

Players will go around scavenging for parts, people and everything in between to create and upgrade everything from weapons, vehicles and more. 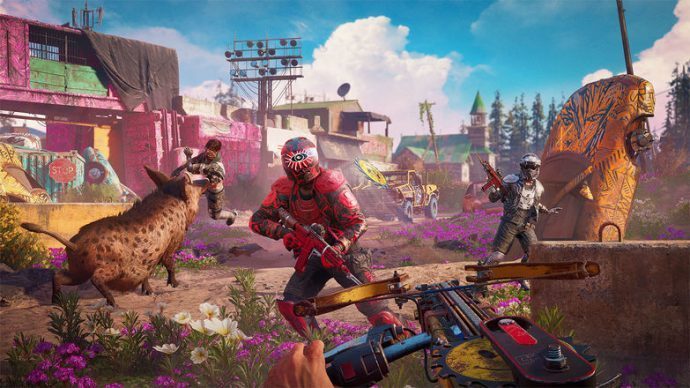 Far Cry New Dawn might be the most aesthetically pleasing game in the series.
[ad name=”article5″]

Who is in Far Cry New Dawn?

New character, Rush, is the leader of a band of people who travel from settlement to settlement helping people repair and prosper. The character is directly tied to the protagonist, as you’re hired as his Caption of Security until you meet the Highwaymen.

As the characters in New Dawn look to rebuild from the destruction of Far Cry 5, new antagonists in the Highwaymen led by menacing twin sisters, Mickey and Lou, ravage all they come across in order to survive.

The two characters are vital to the story, but the developers also feel both characters will be a driving force to lend a deeper level of immersion with how they interact with the world and each other.

Grace Armstrong and Nick Rye make their return, with a new face in the elderly gunslinger Nana, and new beast companions in Timber the dog and Horatio the boar.

Ubisoft have teased that players will also find out what became of main pro and antagonist, the Deputy and Joseph Seed.