The February 13 Nintendo Direct presentation revealed an array of new exciting titles. One of those was Tetris 99.

Tetris is one of the most iconic games of all time but this latest release comes with a big twist. This is Tetris and battle royale combined.

This new ultra-competitive version of Tetris will see 99 players, as the name suggests, compete with one another until there is only one left standing.

It looks classic Tetris but with other players affecting you. Clearing lines on your screen will result in “garbage” being sent to someone else’s.

This process continues until there is only one player remaining.

There is no waiting for this interesting new entry into the battle royale genre, Tetris 99 is available to download on the Nintendo Switch now.

While it is free, it is exclusively available for Nintendo Switch Online subscribers. 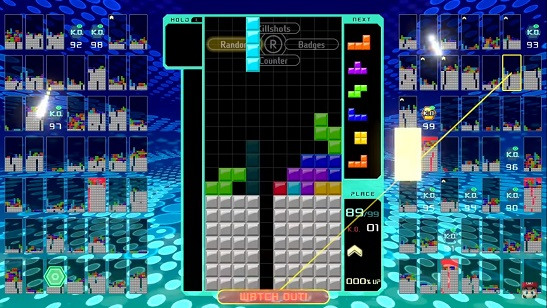 The teams at battle royale stalwarts, such as Fortnite and PUBG, probably won’t be losing any sleep over this latest release. After all, these two games are considered pioneers of the ever-popular battle royale genre.

Nevertheless, Tetris 99 is an interesting concept, which could not prove popular but open up avenues to similar games.