The launch trailer for Star Wars Jedi: Fallen Order has released and it gives players a great idea of what to expect ahead of the game’s November launch.

At long last, Star Wars fans are getting a single-player adventure where they play as a Jedi instead of a soldier.

Fallen Order follows the story of a Jedi who survived Order 66 who was then forced to live in the shadows in an effort to survive as the Empire rose to power.

The launch trailer shows off many story details, including numerous fights with inquisitors who have been tasked with tracking down the remaining Jedi and eliminating them.

One thing has become remarkably clear from this trailer and it’s that this will be unlike any Star Wars game we’ve ever received before. Since this is a Respawn title, we can expect a lot of zipline riding and wall-running, something that has been shown off in the past but returns in this trailer.

Fans of the animated series Star Wars Rebels will recognize the inquisitors as they played a big role in the first two seasons of that show.

The main villain in Jedi Fallen Order is the Second Sister, who first appeared in Darth Vader: Dark Lord of the Sith #19, a comic book series written by Charles Soule.

She has already proved to be big threat to Cal Kestis, our hero in this journey, and she will no doubt be a pest throughout the game. 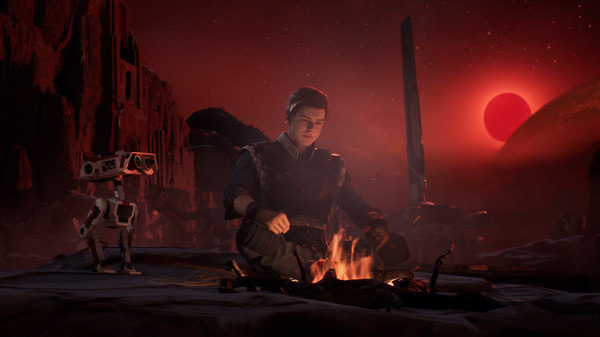 Since Star Wars has such a fleshed-out universe, we can expect Fallen Order to take us to numerous new planets, and we can count on many familiar faces to show up.

One of those faces you’ll recognize right off the bat is Saw Gerrara who is known for his appearances in Star Wars: The Clone Wars and Rogue One.

As an added cherry on top, Gerrera’s voice and likeness are both being provided by Forest Whitaker, who played the Rebel leader in Rogue One.

Those looking to get their hands on Star Wars Jedi: Fallen Order won’t have to wait much longer as the game will be available on November 15 on PS4, Xbox One, and PC.

PC owners are getting an added bonus as they’ll be able to choose between picking the game up on EA’s storefront Origin or they could opt for picking it up on Steam.