Rockstar’s Red Dead Redemption 2 is one of the most anticipated games of the fall and after Playstation shared box art for the game’s PS4 Pro Edition bundle, some sharp-eyed fans discovered it’s bulky memory requirements.

Grand Theft Auto V is widely praised for the huge amount of content in the game, and it looks like Rockstar has put even more detail into the world of Red Dead Redemption 2 based on the memory requirements. 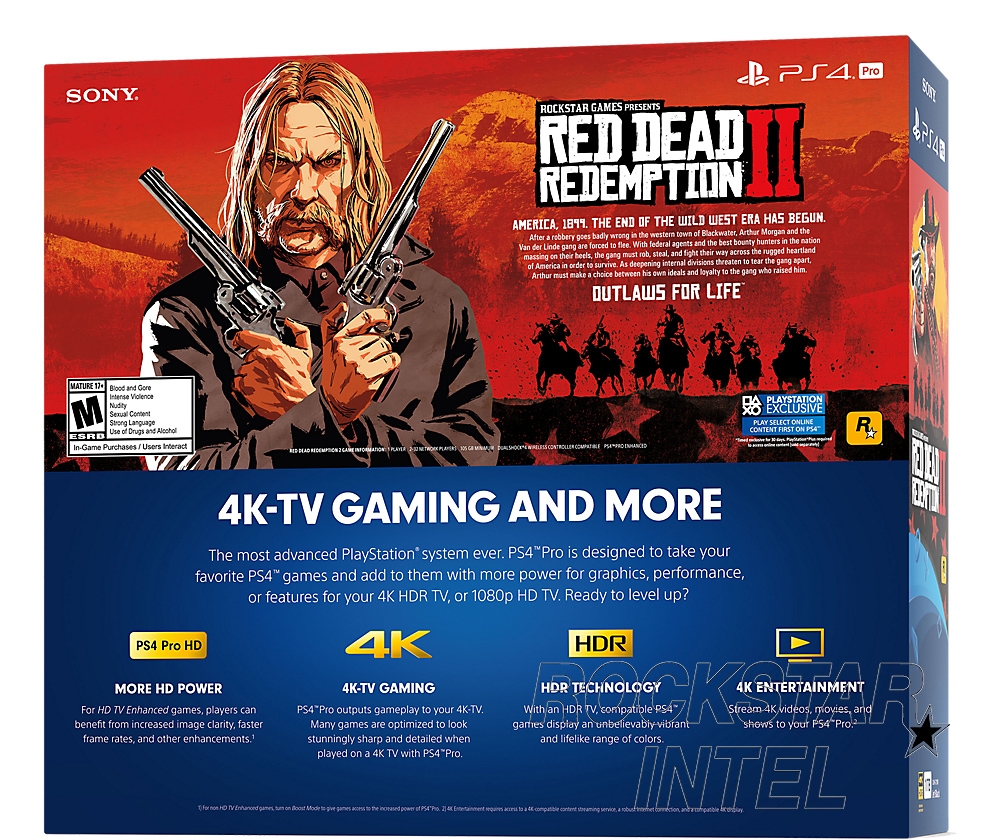 The storage requirements were found on the back of the PS4 Pro Bundle box after it was announced by Playstation on their official blogs on Monday.

This makes Red Dead one of the biggest games – storage wise – to ever come out on the PS4, beating Battlefield 4 Premium Edition’s requirement of 71GB by a considerable margin.

Elder Scrolls online needs 86GB minimum in order to run, but still not as much as Red Dead Redemption 2 appears to require.

Red Dead Redemption 2 is schedule to come out on October 26 and will run on the Rockstar Advanced Game Engine, the same as Grand Theft Auto V.

The massive storage requirements probably won’t dampen the excitement for those looking forward to Red Dead 2, but it might give a clue to the massive amount of content Rockstar has put into the game.