A Fortnite fan on Reddit has got players imagining what it would be like to blast Pikachu with a heavy shotgun after creating some incredible Pokémon concept skins.

Reddit user u/doaoahgh shared drawings of Pikachu in a number of different skins from the popular game, and the post has since been upvoted 96%.

There is now a wide selection of Pikachu concepts to take a look at, including include Ash Ketchum’s favorite Pokémon dressed in skins such as Wild Card, Ragnarok, Plague, Rex and more. 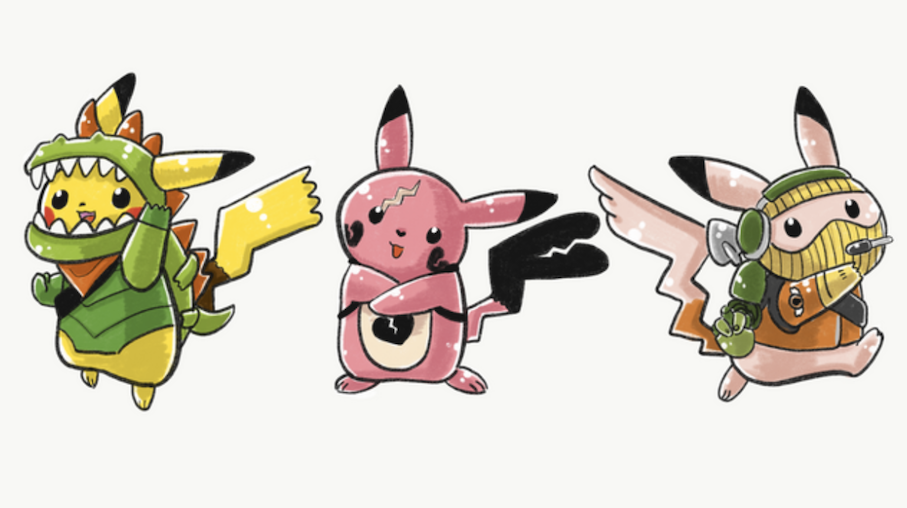 Pikachu Fortnite concepts have got fans wanting a Pokemon cross over.

Redditors are loving it, with the current top commenter posting: “Now I need this cross over”.

The Reddit user has also been taking requests from people commenting on the post. One person asked for Pikachu in a Tricera Ops skin, and no less than two hours later doaoahgh posted a video showing the new concept. Check out the videos below.

And here’s Pikachu in a Fortnite Rex skin. As you can see with the tail in this clip, doaoahgh adapts features of the Pokemon depending on the outfit.

It’s highly unlikely that there will ever be a crossover between Pokémon and Fortnite, but it won’t stop creative concept skin designers from posting amazing stuff like this for fans to enjoy. Especially as Pokémon and Fortnite are two of the biggest games around at the moment.

Nintendo released the latest games in the series – Pokémon: Let’s GO, Pikachu! and Pokémon: Let’s GO, Eevee! – on Switch in November, and they sold over three million copies worldwide in the first three days. In fact, the games briefly overtook Fortnite as the most watched game on Twitch on launch day.