Epic Games have announced the winners of the week three Trials in Fortnite’s Fall Skirmish.

Held during the week of October 8, this past week’s Trials featured a contest called ‘Lazy Links Tour,’ in which players from all five Clubs were tasked with trying to make the longest shot they could on each hole of the golf course located at the Lazy Links location on the Fortnite map.

The challenge was a lot less simpler than it sounds, as players had to use their imagination and building skills to try to maximize the distance of their shots, all while needing to be accurate enough to make them.

Players used the golf emote in Fortnite, and recorded all of their shots for the purposes of the challenge, since the distance of each made shot showed up in the on-screen event feed.

The overall scoring was based on the total combined distance of made shots across all nine holes, and the top five players were awarded with a monetary prize as well as points for their respective Clubs. 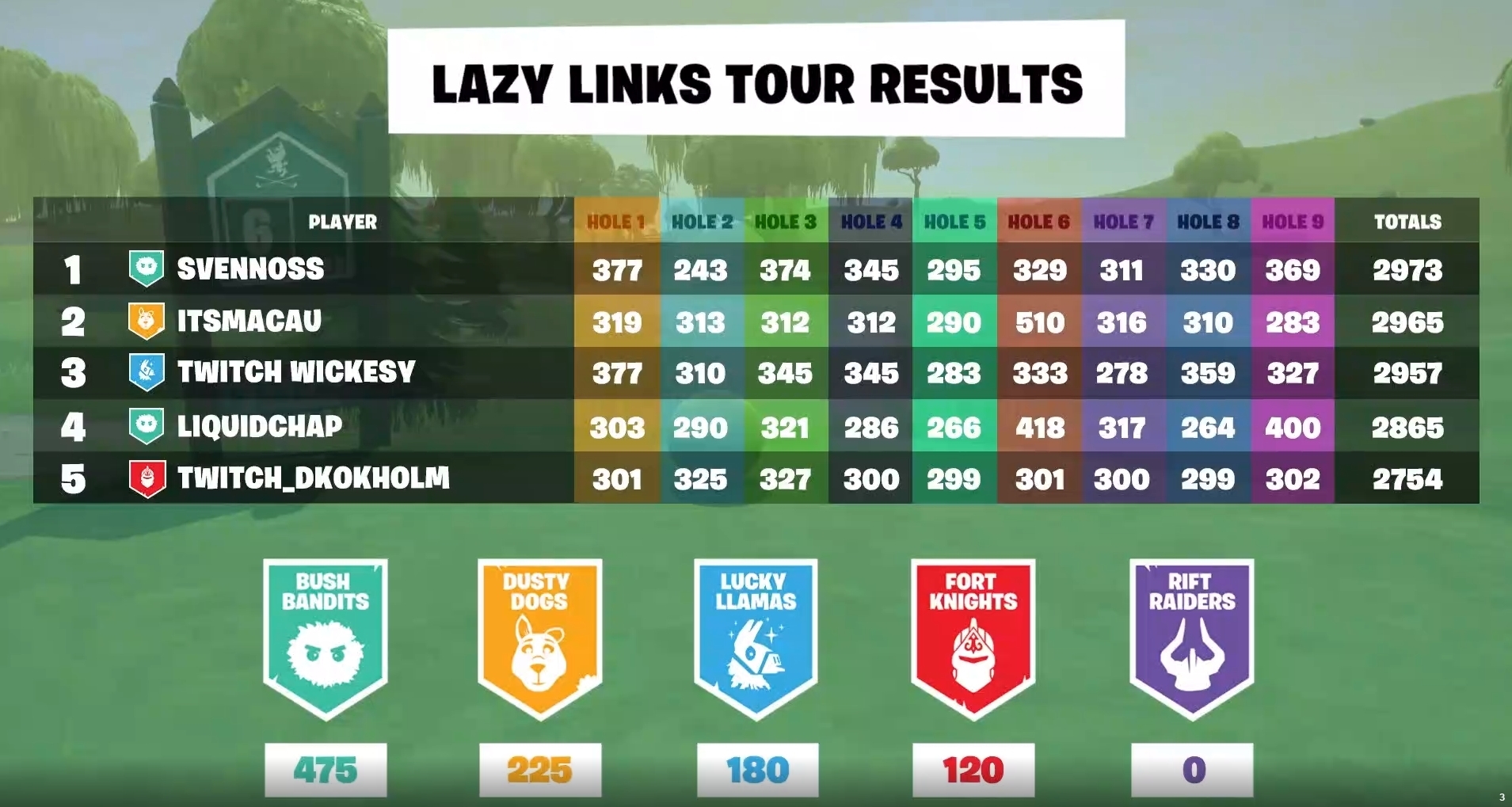 The final results were announced during the broadcast of the week four competition, as hosts Zeke and TSM’s Myth did their best golf commentator impressions as they looked at some of the best video submissions for the challenge.

Following the results, and the points that were awarded to the winners’ respective Clubs, here are the update Club standings, which reflect both the week 3 Trials and the EU half of the week four tournament.