Where Is the Fortnite Cube Going and Where Is It Now? - Dexerto
Fortnite

Where Is the Fortnite Cube Going and Where Is It Now?

One of the biggest mysteries in Fortnite Battle Royale recently is what the giant purple cube is supposed to be and where it is going to end up.

Where is the cube now?

The cube appeared in a flash of lightning on August 24 and has been the center of attention for a number of conspiracy theories ever since.

One thing is for sure: the cube is not staying in one location. Having originally appeared next to Paradise Palms, the cube slowly traveled north, past Fatal Fields and has since made a number of direction changes.

Twitter user @siloleaks has been keeping track of the cube’s progress with daily dot-to-dot images for anyone that hasn’t been able to look up the cube’s movements in-game.

The current September 5 image can be found below. As you can see, the current direction of travel seems to be taking it towards Dusty Divot for the time being. 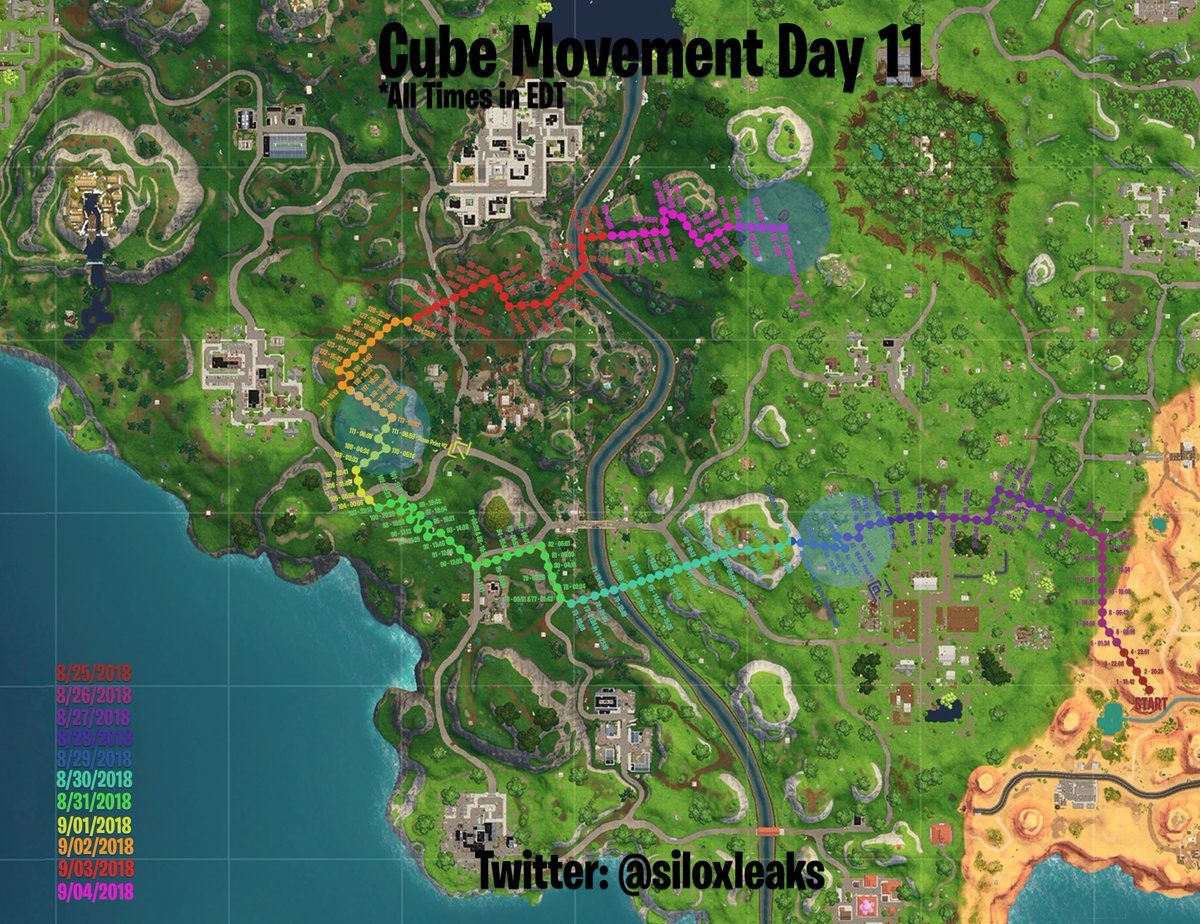 Where is the cube going?

The next movement is expected to occur on September 5 at approximately 18:00 BST (13:00 EDT, 10:00 PDT). However, movements seem to be becoming harder to predict.

One of the prevailing theories about the cube’s eventual purpose is that it will end up in Loot Lake, or some other lake, and then trigger some sort of major event.

The information supporting that theory initially came in the form of a leak from @FNLeak on Twitter. The data mining account shared files that seem to show that the cube will “MoveToLake” and then “TurnOn”: 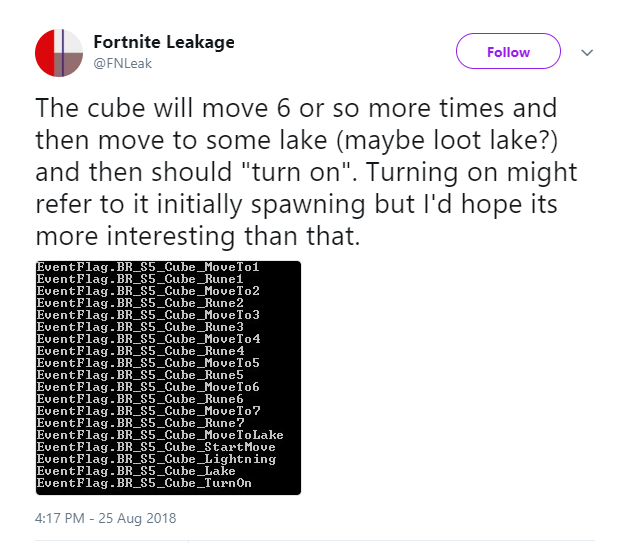 It is possible that the “MoveToLake” part of the file is referring to an unnamed area of water on the map – like the one that the cube originally appeared next to in Paradise Palms.

However, a recent discovery from mobile Fortnite players seems to have provided a way of predicting future movements and the final resting place.

Using that exploit, we have mapped out where the cube is expected to end up. But remember, this is all speculation for the time being! 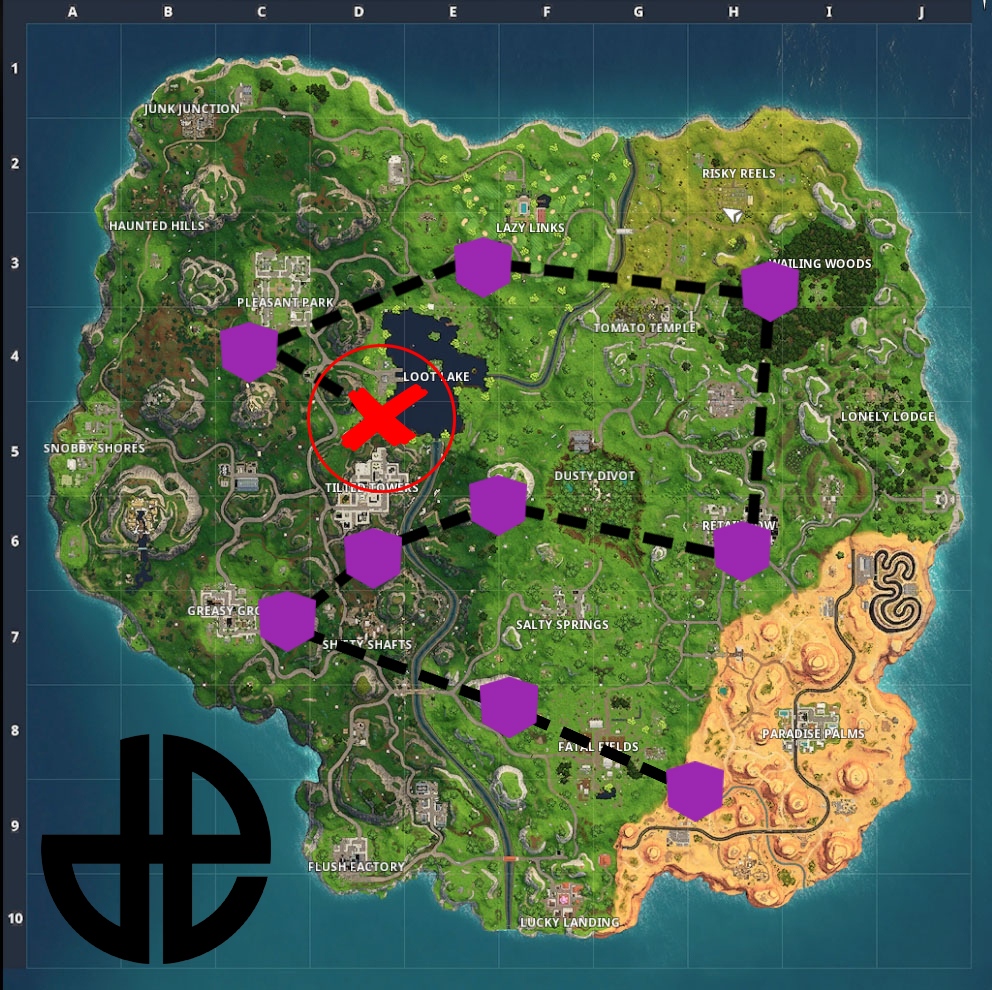