When is the next update in Fortnite? - Release date and time for v6.01 patch and what to expect - Dexerto
Fortnite

When is the next update in Fortnite? – Release date and time for v6.01 patch and what to expect

Epic Games have announced the release date and time for the v6.01 update in Fortnite Battle Royale, the first since the start of Season 6.

The update is set to go live on Wednesday, October 3 at 12 AM PT / 3 AM ET / 7 PM BST and will require downtime, which means that matchmaking will likely be disabled 20-25 minutes prior to launch.

The announcement for the v6.01 update was made via a post on the official Fortnite Twitter page on October 2.

Because the Patch Notes will not be released until the update goes live, there is no way to know for sure what changes and additions it will bring to Fortnite.

However, something that is likely to be added is the brand new Disco Domination Limited Time Mode, which has already appeared in the pre-game announcement screen. 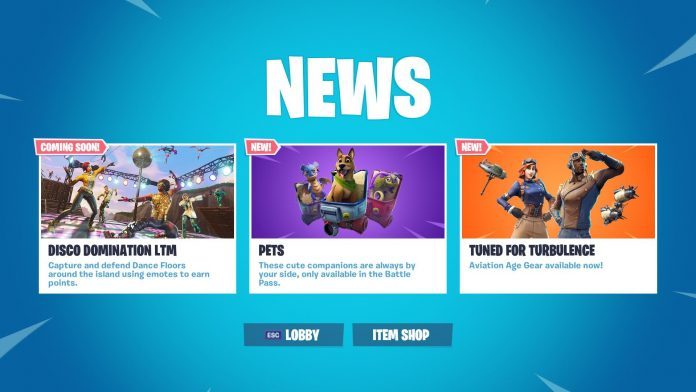 The new LTM looks to be a classic Domination type game mode which will require teams to capture and defend dance floors around the currently floating island in Fortnite, and then proceed to do dance emotes on them to earn points.

Additionally, players can expect new cosmetic items to be added via this update, all of which will likely be leaked by data miners after they’ve had a chance to go through the new game files.

There will also likely be further changes made to the Fortnite map, as Epic continue to add more Halloween themed props and decorations throughout the landscape. One of those new props could be the inflated Tubeman Llama that was found in game files very recently.

We will provide full patch notes, details on changes, and all leaked cosmetic items once the update goes live on October 4.