Weird Fortnite glitch lets players walk around after being downed

It appears that the “down but not out” concept has taken a whole new meaning in Fortnite Battle Royale thanks to a strange new glitch.

Players have reported that an odd bug in the game is allowing them to continue walking around despite being downed by an enemy player.

Reddit user ‘HTXWaltDisney’ posted a clip online in which an opponent shot him down to the point where he had no more health remaining, but instead of crawling on the floor, he was able to continue to move around as normal.

The clip even shows the player’s health being in full red, which signifies that they’re down and need reviving, and the character even did a movement that looked like he was going down, but then straightened back up and continued walking.

As powerful and game-breaking as this glitch may seem at first glance, there are certain limitations to it that the video does not reveal.

For one, players who are able to move around in this situation are unable to shoot, pick up weapons, or interact with the environment in any way.

In fact, according to another player’s comment, teammates and enemies still see the downed player as downed and crawling, despite the fact that the player is able to move around on their own screen.

Once this clip was posted on Reddit, players even began using it to come up with ideas for potential Limited Time Modes in Fortnite, including one where every player’s health is in a state of constant depletion and the only way to stop the damage is to find enemies to eliminate or healing items to heal with. 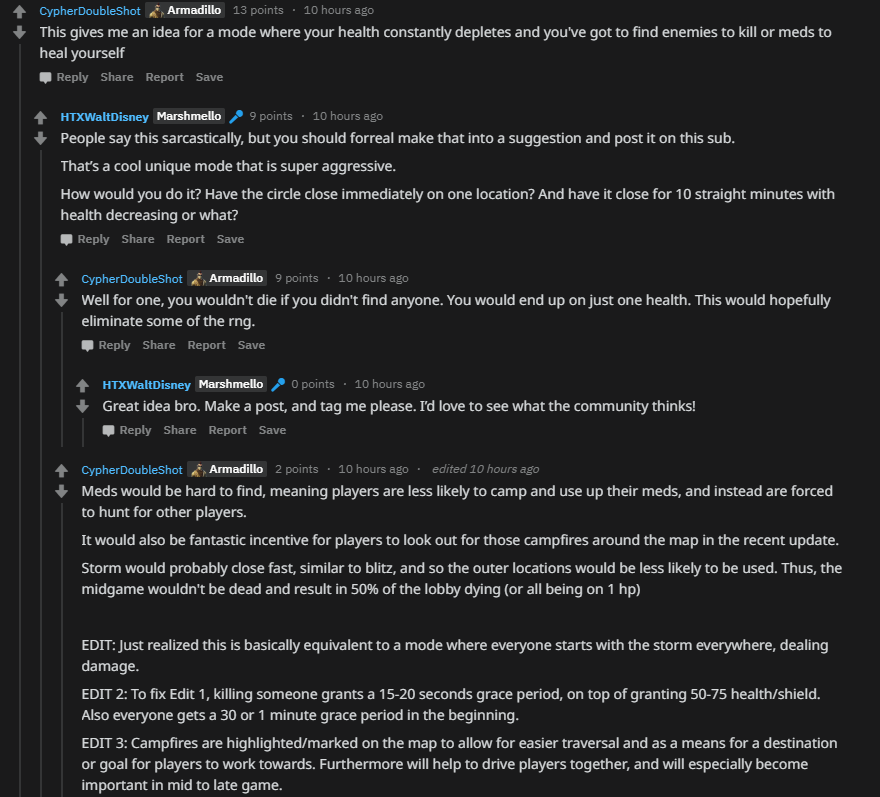