Relative underdog Tylarzz has won the third and final day of qualifying at the PAX WEST Fortnite Summer Skirmish.

With qualifying now completed, 99 of the best Fortnite players in the world will compete for their share of the $1.5 million prize pool on Monday, September 3.

Unlike previous Fortnite invitational tournaments, this event was open to anyone who wanted to compete. Players simply had to show up and register to compete on the day, for their chance to make it to the Grand Final.

Tylarzz secured the win on Sunday thanks to his event-high 11 kills, finishing with 8 points at the top of the Day 3 standings.

FaZe Clan’s Tyler ‘Tfue’ Tenney got off to a slow start, but sealed his qualification with a Victory Royale in Game 2. 100 Thieves member NickMercs confirmed his his spot in the Grand Final, finishing 16th. 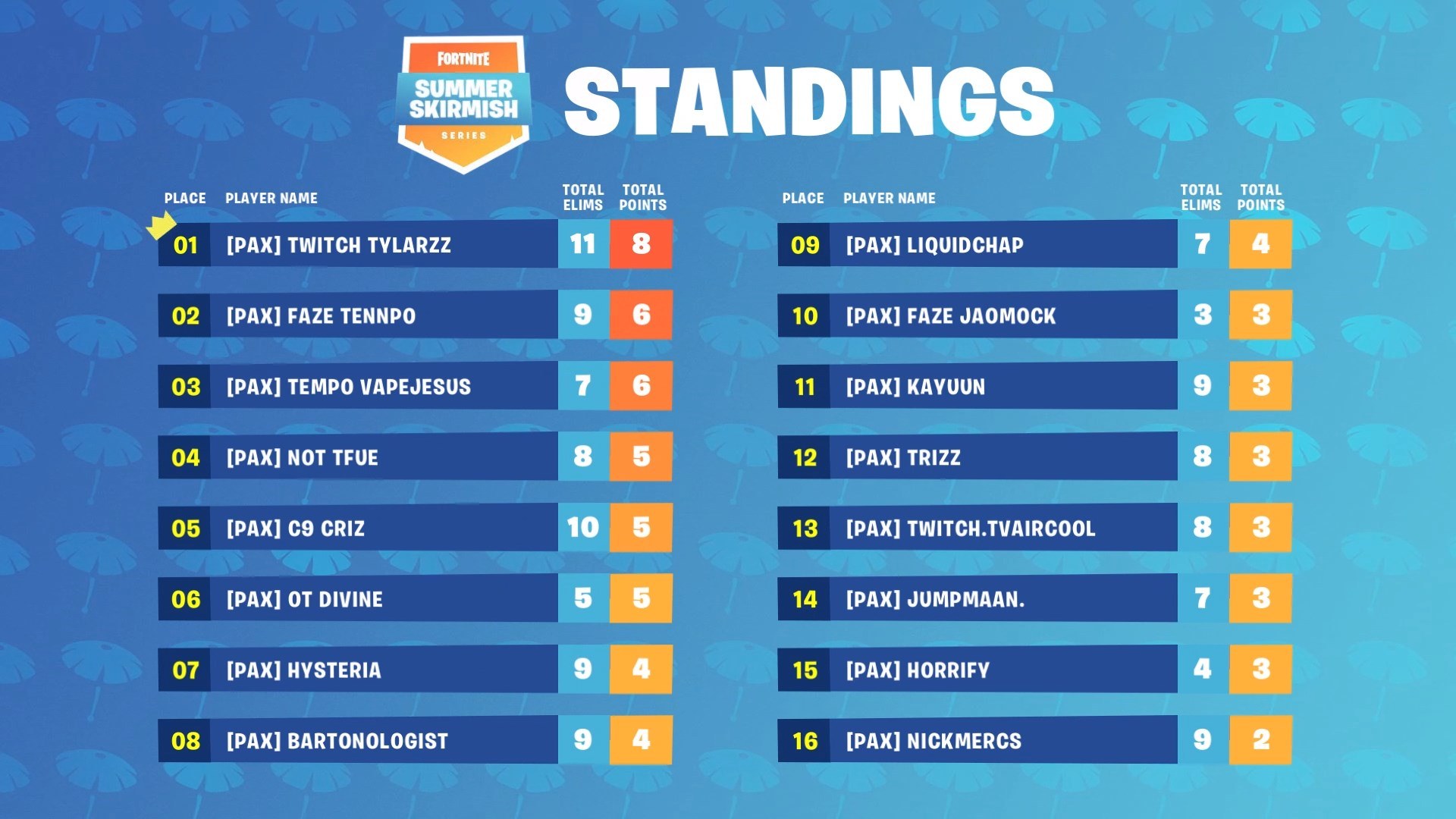 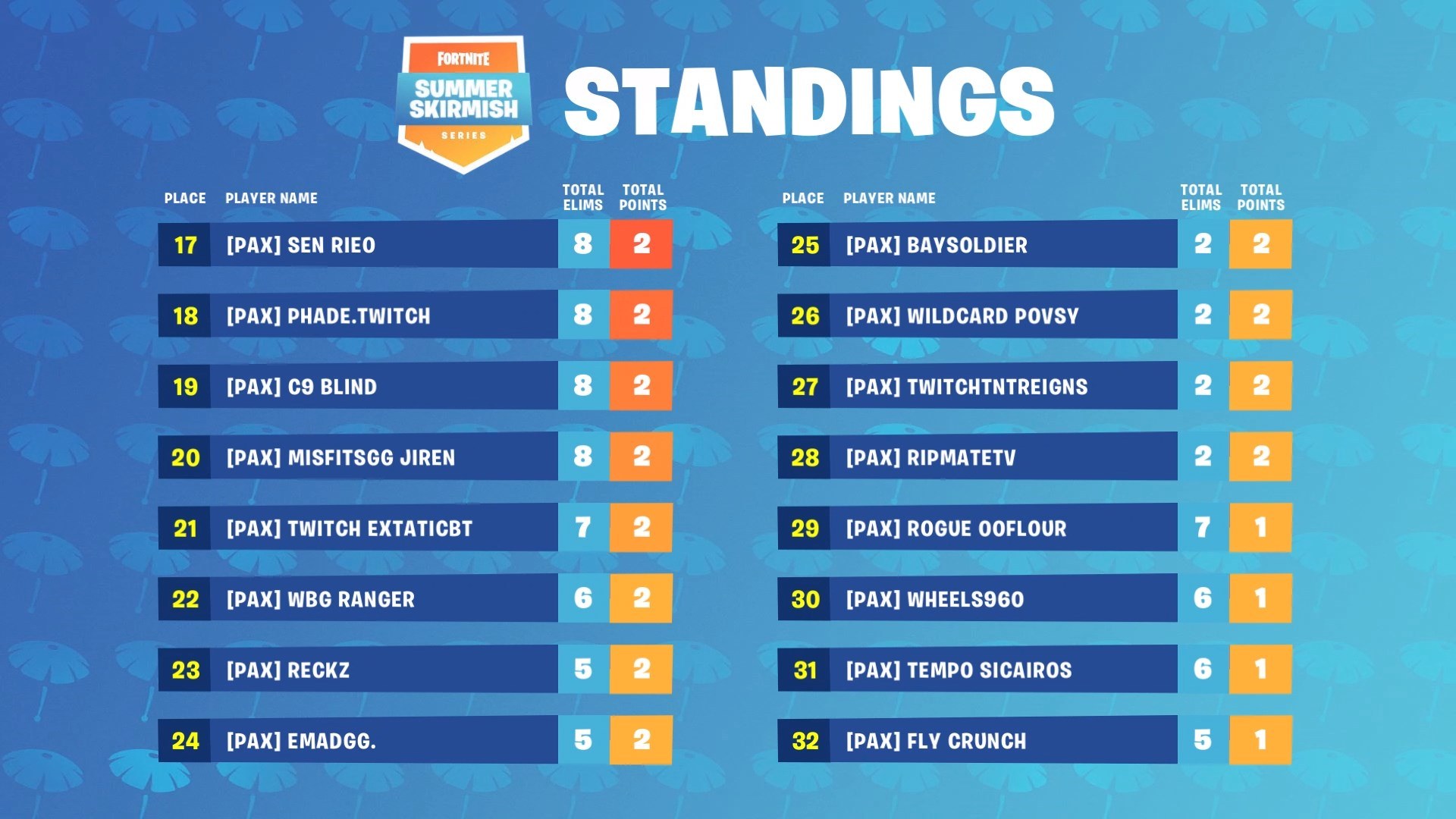 While The_Real_Cryohme qualified in 33rd place, it wasn’t without controversy. The_Real_Cryohme and SpaceSoldiers player Colton, both finished tied on points, and when other tiebreakers couldn’t separate them, Colton was eliminated via coin flip.

All 99 places in the PAX West Summer Skirmish Grand Final are now filled. Fans will be able to tune into the final on the Fortnite Twitch Channel from 11am PDT (2pm EDT, 7pm BST), or in person at PAX West.