September 27 saw the conclusion of the Twitch Rivals Fortnite tournament from TwitchCon in San Diego, at which over $2 million is being awarded over four of the most popular games in the world.

TwitchCon 2019 takes place from September 27-29 in San Diego, California. Friday September 27 saw the conclusion of the Fortnite Twitch Rivals tournament, in which a host of the biggest Twitch partners clashed for their share of the prize pool.

Some of the biggest names in Fortnite were involved, such as Turner ‘Tfue’ Tenney and Aydan ‘Aydan’ Conrad, as they competed in their respective trios. While a number of big names were involved, the overall champion was a big surprise. 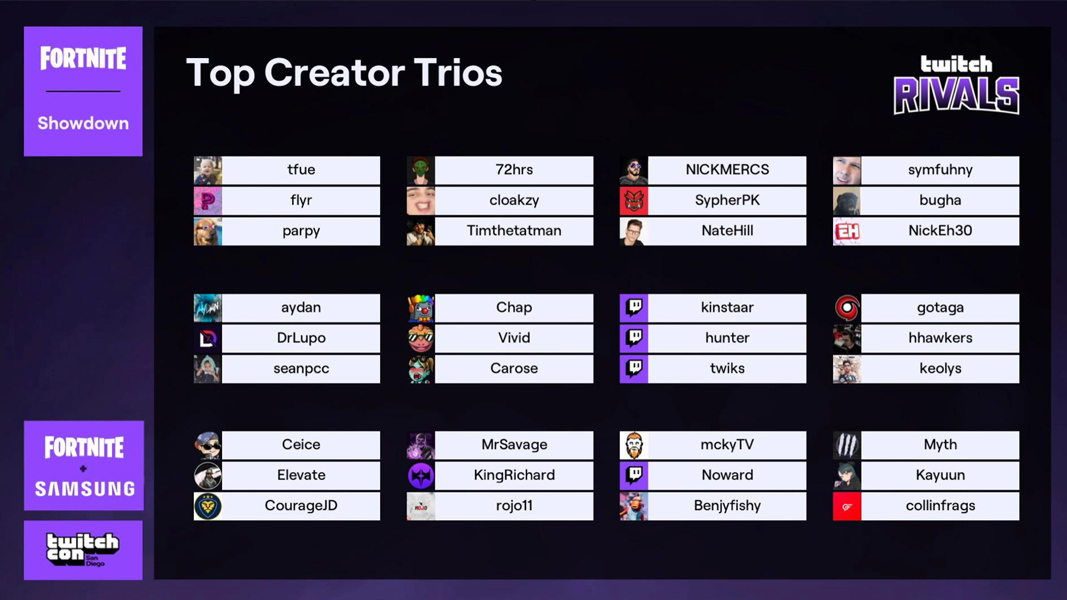 A number of massive names were competing, but few placed impressively.
[ad name=”article2″]

The first wave saw the trios led by chibii, TSM_Zexrow, Dbree qualify by way of placements. The trios captained by EpikWhale, blakeps, Threshfps qualified through eliminations.

The second wave saw the trios led by Zayt, wavyjacob and PR_X qualify by way of placements. The trios captained by Dubs, Tina and Ezzi qualified through eliminations. 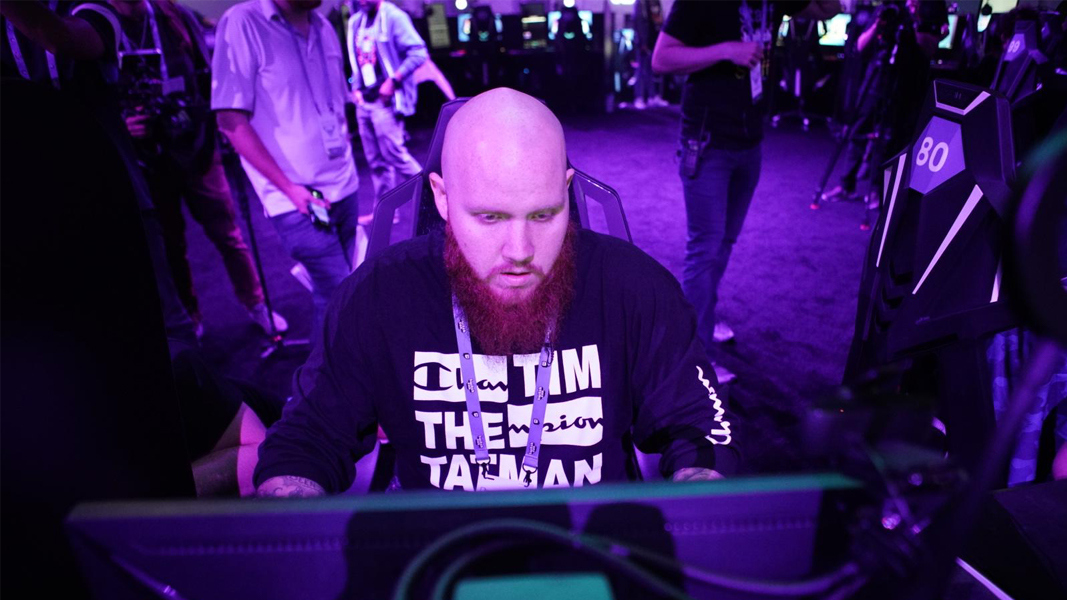 TimTheTatman was one of the Twitch powerhouses competing.
[ad name=”article3″]

This set up an intriguing final set of matches, as a number of the best Fortnite players in the world challenged one another. Match 1 saw kinstaar’s trio take first place, with an impressive 10 eliminations.

MrSavage, who was playing with KingRichard and rojo11 took Match 2 around a seriously impressive elimination win. Match 3 was taken by Dubs’ trio, and Match 4 was won by Cented.

While she did not win any matches, the trio consisting of Gen.G professional Tina, Rhux and 1400pika emerged overall winners, after a number of impressive finishes.

While they finished 27th in Match 1, they did not fall below 12th in the remaining matches and finished an impressive third in the final match, thanks to a 10 elimination match.

GGs to all the trios and our partner @SamsungMobileUS. pic.twitter.com/QPjkhOKTUr

Not only did the trio take home the first overall prizing, but won overall most eliminations with 22 in the final round. This saw them win an additional $50,000, on top of the $117,000 won for overall first place. Tina herself won MVP for the tournament.