The final Hunting Party challenge for Season 6 of Fortnite Battle Royale has been split into two stages following the V6.30 patch for the game.

Fortnite players noticed that after the V6.30 update, the last of the 10 Hunting Party challenges displayed ‘½’ on the left hand side of the challenge, when previously it did not.

This means that when players complete the first part of the challenge, which is to complete all 10 previous weeks, a second challenge will become available which players will need to complete to finish the Hunting Party set. 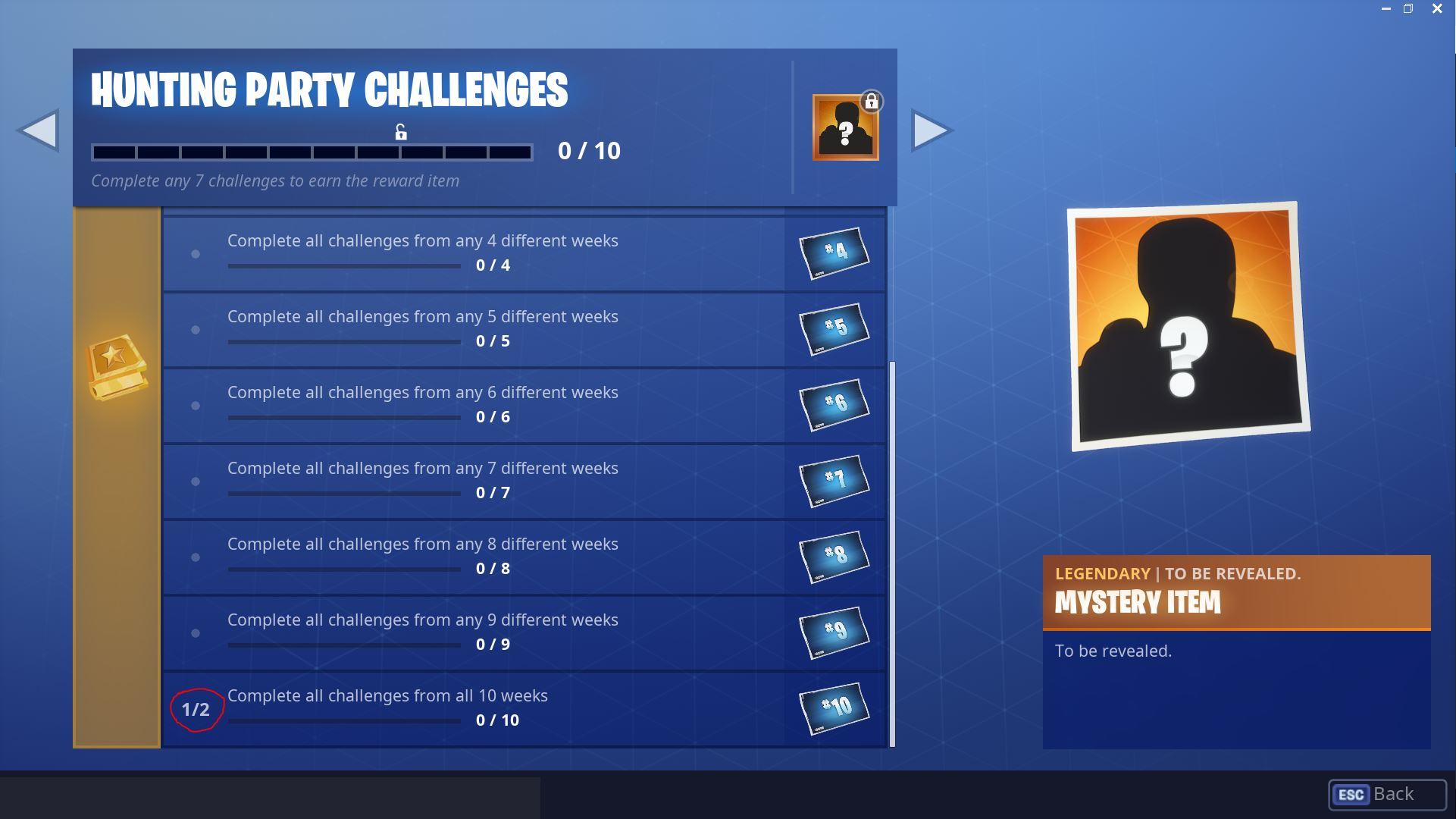 The Week 10 challenge has been split in half.

Unfortunately, because the first part of the challenge is to complete all 10 weeks, we won’t be able to find out what the challenge or reward will be until the tenth week of the season when it becomes unlockable.

The A.X.E. pickaxe was originally found in files that suggested it would be available to purchase in the item shop, but with the item looking like it was designed to go along with the A.I.M. skin that was given as a prize for completing seven weeks worth of challenges, it’s possible that it will be given to players who can complete all 10. 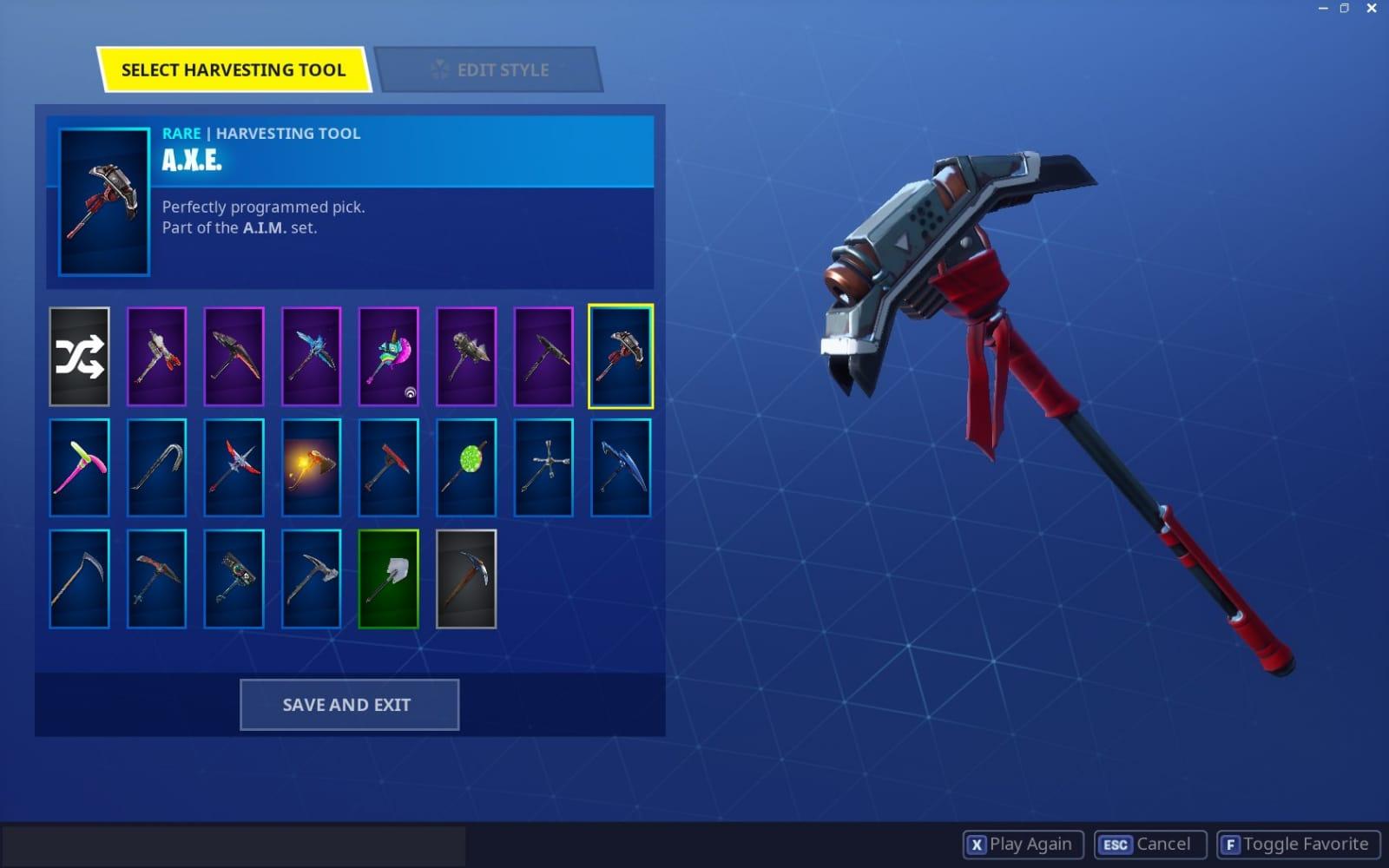 The A.X.E. pickaxe was recently leaked, and might be a reward for completing Hunting Party challenges.

With Fortnite currently in Week 8 of the Hunting Party challenges, fans only need to wait a couple of weeks to find out what the final challenge and reward may be.