Superstar Twitch streamer Turner ‘Tfue‘ Tenney has explained what the new meta is in Fortnite Battle Royale, and why he thinks it’s so frustrating to have to play against.

As with most other online multiplayer games, the meta in Fortnite is a constantly evolving thing, especially since new things are constantly being added in the popular battle royale title.

From time to time, developers Epic Games will introduce a new weapon, item, or mechanic that will fundamentally alter how most play the game, especially in the competitive side of things, so the top players have to constantly be on their toes and adapt when necessary.

Tfue is currently going through something similar in his personal gameplay, realizing that it clashes with how many others’ style right now, and deems the newest meta to be “dumb.”

After a series of tough gunfights, once which ended with him getting eliminated, the Fortnite World Cup finalist could not hide his frustrations with the current state of the game. 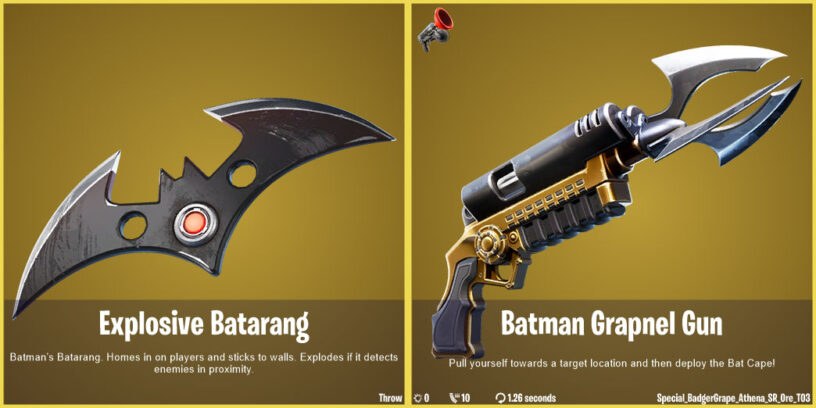 Tfue believes that some of the new Batman gear, especially the Grappler, have caused the meta to become “dumb.”
[ad name=”article3″]

“I played the cash cup for like five hours today, and it’s just so dumb,” he vented. “Nobody fights, everyone has f*cking Grapplers with unlimited f*cking shots, Tac SMGs are broken as sh*t. The f*cking meta right now is to literally never fight and spray Tac SMG. And if you need to run dude, you just have 40 f*cking Grapplers and one Bat Grappler and kids just run away.”

He went on to further attack the meta, insinuating that it’s turned players more conservative and less willing to challenge gunfights head-on: “The Fortnite f*cking meta right now is just sniper away and spray people in the back dude, holy sh*t.”

He also talked about how his current playstyle, even if it may still be strong, isn’t translating to any tangible success in tournaments due to its high contrast with the how others are playing the game.

“Like I feel like I did so bad in the Cash Cup today, yet played so well and did so well in my fights,” he lamented. “I can’t even tell you how many times I got somebody one shot, and they just f*cking ran away or died to someone else.”

While there’s no doubt that Tfue isn’t happy with the current meta in Fortnite, he might not have to deal with it much longer.

Season 10 is scheduled to wrap up on October 13, followed by the brand new Season 11, which will undoubtedly include new additions and changes that will impact how the game is played in a very major way, and some of that might end up going in the favor of the former FaZe Clan superstar.