One of the more simple challenges for Week 10 of Season 5 in Fortnite Battle Royale requires you to open chests in Salty Springs.

As one of the higher traffic areas of the map, finding chests in Salty Springs is more of a test to find ones that haven’t already been opened by another player!

You’ll need to open a total of seven chests to complete this challenge, so getting it done in one game is unlikely. However, opening three or four chests at a time could be possible.

Your best chance of getting things over and done with quickly is to plan your looting route before you land.

Luckily, the ever helpful Fortnite Chests tool makes that planning a great deal easier. Check out the image below to see all of the possible chest spawn locations in Salty Springs. 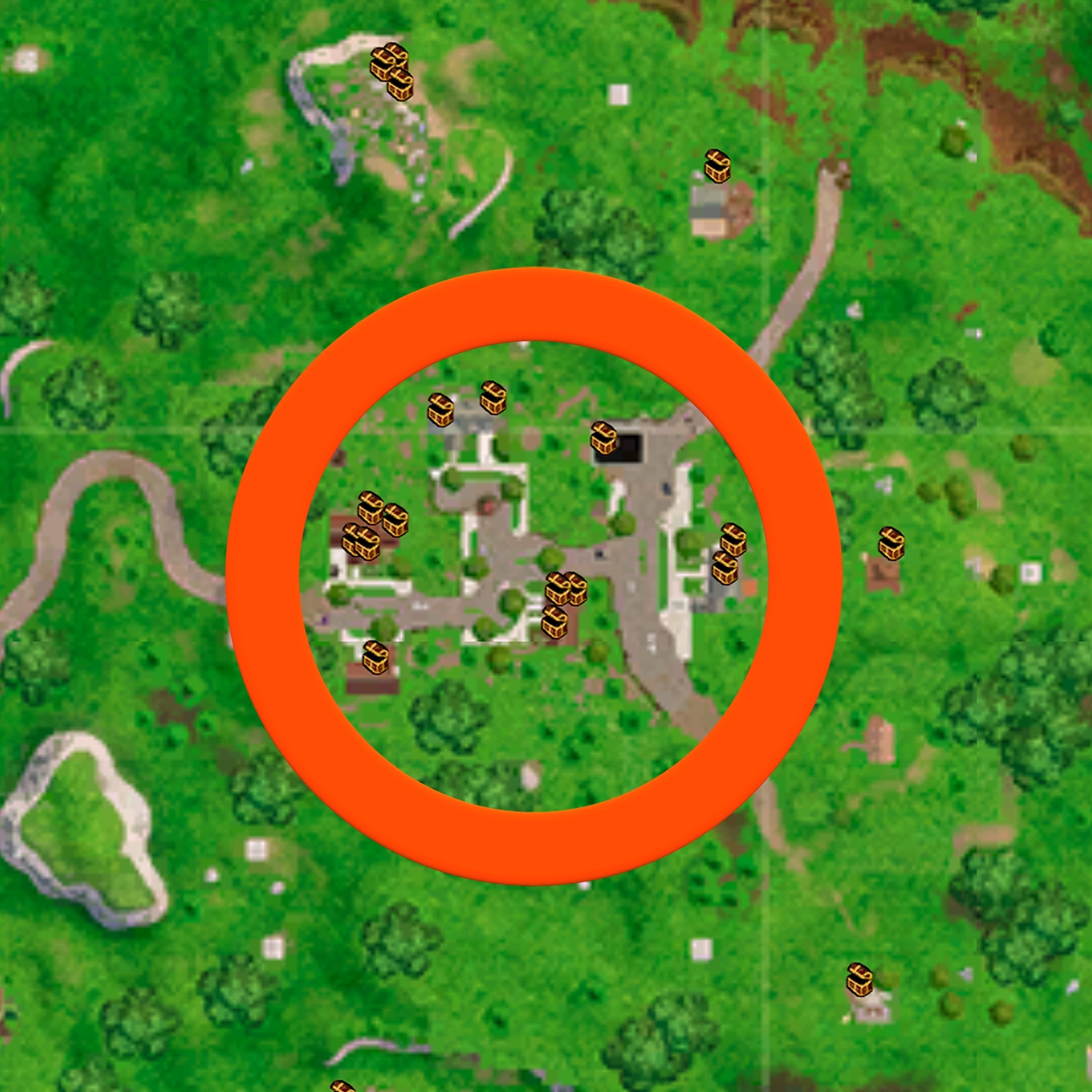 We would advise limiting your search area to the circled section of the map as chests on the outskirts of Salty Springs may not count. While there’s no guarantee that all of the chests will spawn every game, you should be able to find a handful each time that you land.

As always, remember to complete any game that you open a Salty Springs chest in by being eliminated by an opponent or picking up the Victory Royale.

If you return to the lobby early, there is a chance that your challenge progression will not be applied correctly.

Week 10 is the final week of Season 5 in Fortnite which means that you’re running out of time to unlock all of the Battle Pass’ skins, emotes and cosmetic items.

Season 6 is expected to begin some time after September 20.