Day One of the Fortnite ‘Summer Skirmish’ $500K Week 6 Duos tournament has all wrapped up for both the European and North American regions.

After one day of play, with both regions playing five games each, the NA standings are being led by ‘Nate Hill’ and ‘FunkBomb’, with ‘Solary Kinstaar’ and ‘lunary jbzzed’ topping the EU leaderboard.

Before reading the rest of the recap, make sure to brush up on the scoring format for this week’s competition, which was the same as Week 5:

Here are how the prizes will be broken down on a per match basis: 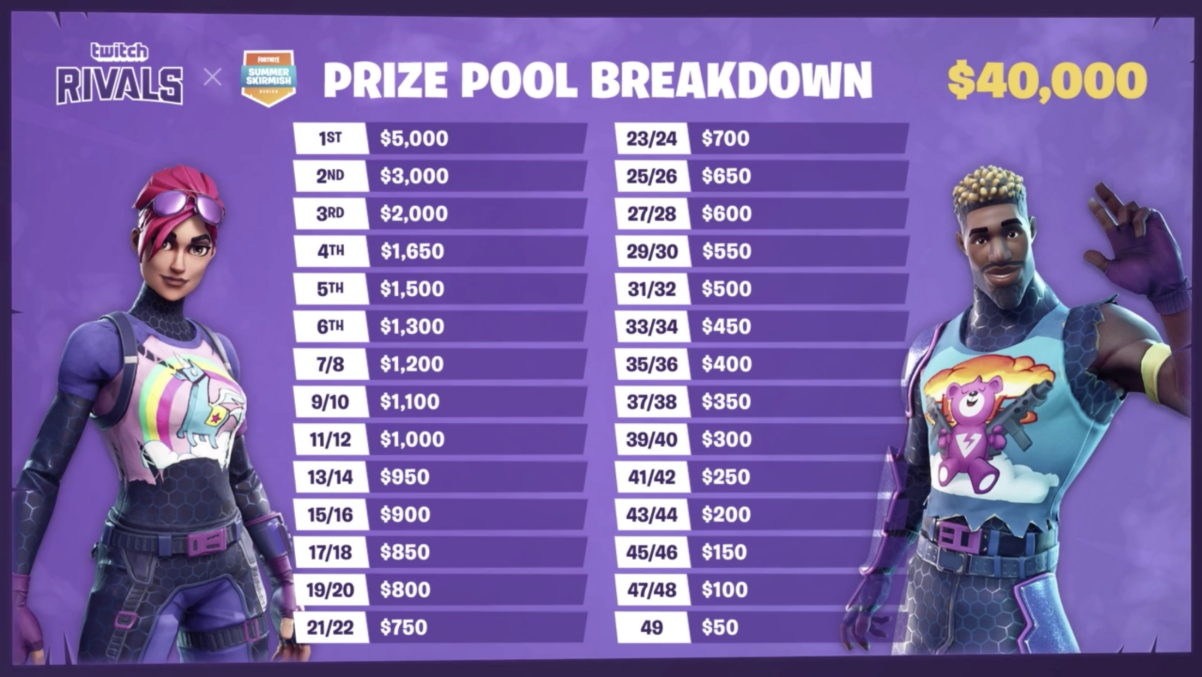 Thanks to getting Victory Royales in the first two matches of the NA tournament, competitive Fortnite players Nate Hill and FunkBomb were able accrue 34 points, eight more than the second place team.

The 3x elimination bonus came really into play in Match 2, where they got a whopping 21 points. 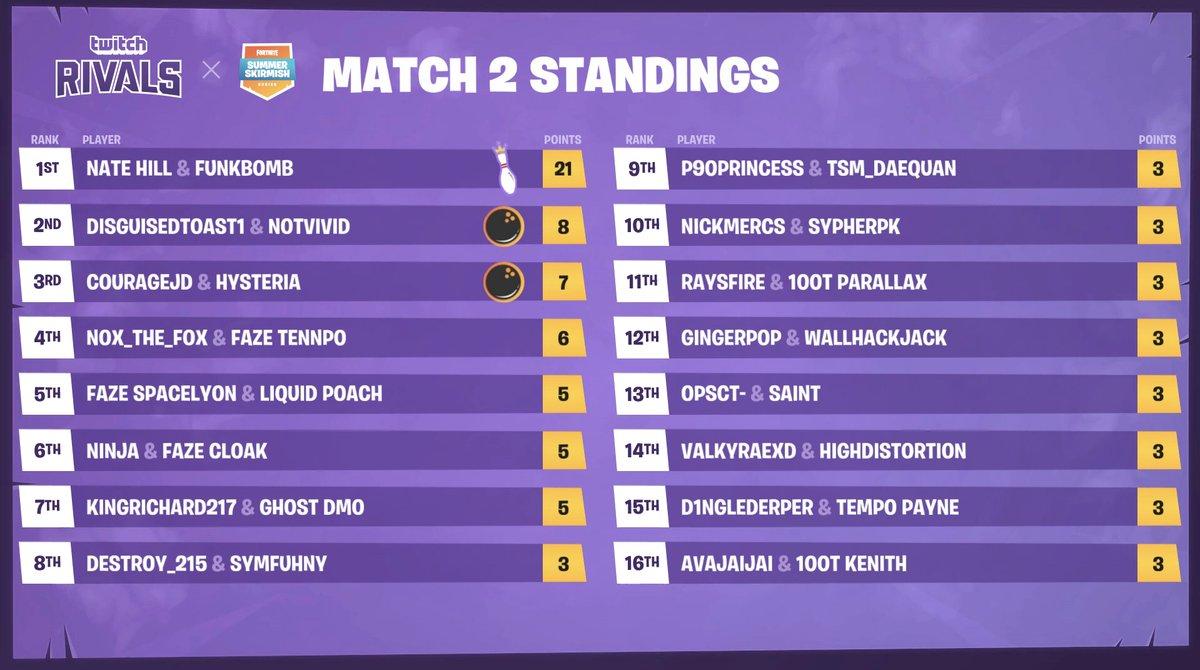 The masters of consistency ‘Not_The_Fox’ and FaZe pro player ‘Tennp0’ got 26 points to claim second place, despite not getting any Victory Royales or 2x elimination bonuses.

In third place came 100 Thieves’ NICKMERCS and Luminosity Gaming’s SypherPK, who also managed to get 26 points. While they also did not get any match wins, they were able to take advantage of some bonus points, thanks to plays like this.

During the fifth and final match, there were severe lag and server issues, which led to Epic ending the match prematurely and granting victories to the teams that were still alive at the time. 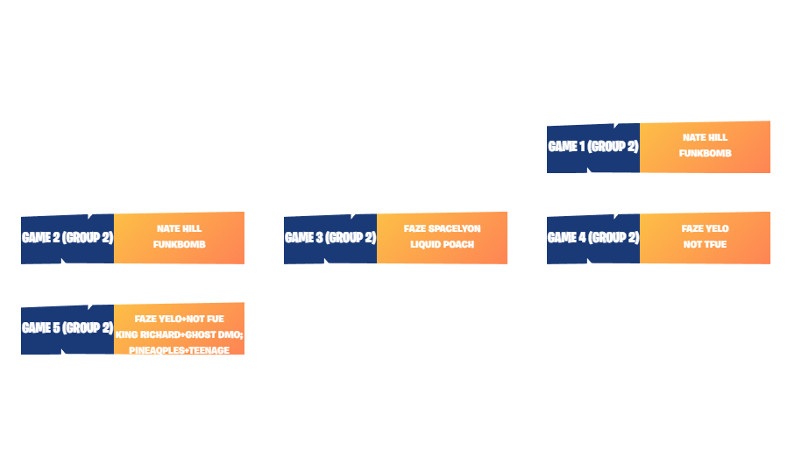 Solary Kinstaar and lunary jbzzed were able to use their victory in Game 2 to boost their point total, finishing with 32 to claim first place after Day One.

In second place were Fnatic_Eryc and Tommo, who displayed extreme consistency as they managed to get 30 points without winning a single match.

In third place were ‘Amarcod’ and ‘a1ms0nz’, who racked most of their points in their victory performances in both Games 3 and 5. 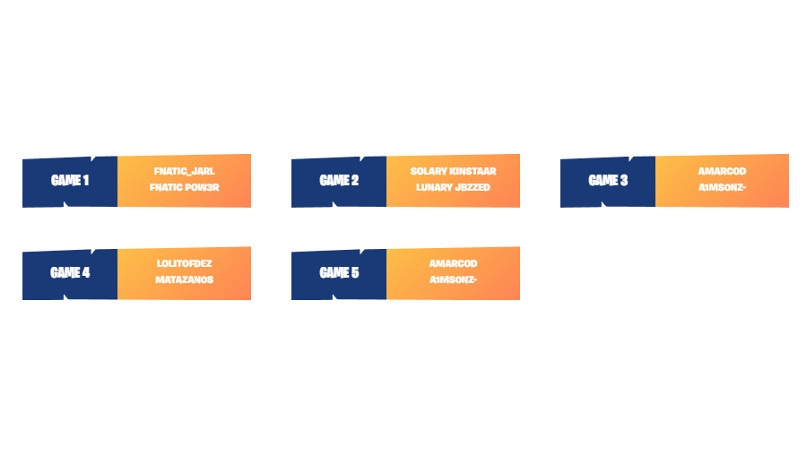 The full Day One standings for both the NA and EU regions can be viewed by clicking the link below:

Since Epic Games have collaborated with Twitch Esports to organize Weeks 6 of the Skirmish, there has been a slight scheduling change, with the EU and NA regions both playing five matches on August 17 and 18.

While most of the players that played on the 17th will also be playing on the 18th, it is not yet clear whether the Day One standings will carry over to Day Two.