TSM content creator and pro Fortnite Battle Royale player Myth experienced perhaps the most hilariously perfect timing while streaming, as he was eliminated by a hacker while talking about the ban FaZe Clan star Jarvis was recently hit with.

Controversy has struck the Fortnite community yet again, this time in the shape of Epic Games permanently banning 17-year-old FaZe star Jarvis from playing the battle royale title ever again due to his use of aimbot hacks in public matches.

It comes as no surprise that, in the aftermath of the news breaking, almost every relevant content creator has been discussing the ban on-stream and across social media.

One of those was Myth, except in his case, things got taken to a whole new level in a way that no one would probably believe without video proof.

As he was discussing the Jarvis situation, the TSM superstar was suddenly subjected to perhaps the funniest coincidence ever to take place on his channel, as he was killed by a player who was very clearly and blatantly hacking. 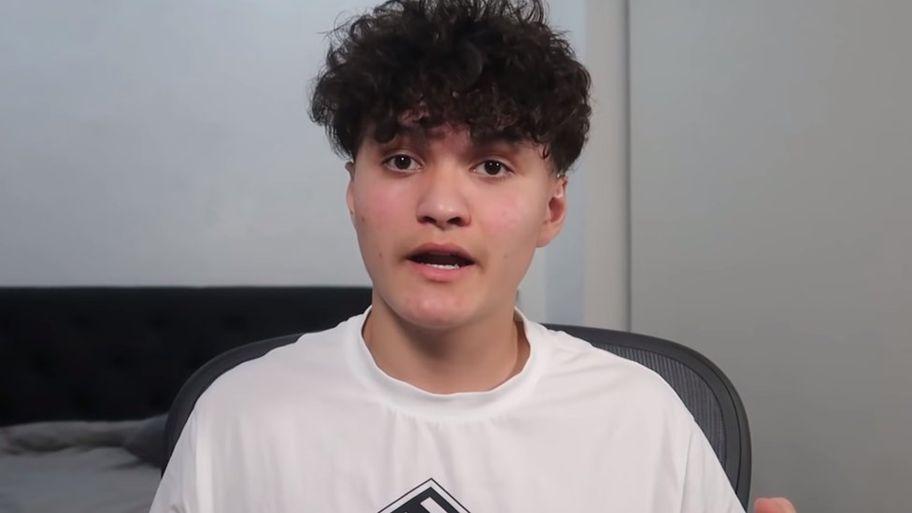 Jarvis broke the news of his permanent Fortnite ban in an emotional video on November 3.
[ad name=”article3″]

It all started when Myth was answering a viewer’s question about the severity of Jarvis’ punishment, when suddenly he stopped his explanation mid-sentence as he found himself on the wrong end of an inexplicable barrage of rockets being fired at him.

After the initial shock of the elimination wore off, both the streamer and his audience began to realize what had just taken place, and their reactions were definitely suitable.

If you know, you know KEKW pic.twitter.com/f40oStDfWq

As he spectated the hacker continue his merciless rampage of cheating, Myth could do nothing but sit back in his chair and laugh at the impeccable timing of his in-game death.

The chat was filled with users either laughing or spamming Jarvis’ name, and even the streamer himself at one point said “JARVIS, nooooo!!!” – tongue-in-cheek of course.

Interestingly enough, those are the very kinds of players that Epic Games are looking to send a message to with this permaban they’ve handed Jarvis.

With him being one of the more recognizable names in Fortnite, Epic are hoping that by giving him a lifetime ban, they can make their stance on hacking and cheating very clear, as well as convey their zero-tolerance policy about breaking their rules.