Epic Games has just introduced a new way to earn the coveted Ghost Portal back bling in Fortnite, and it’s quicker than ever.

With the Skull Trooper coming back to the Fortnite Item Shop this week with much fanfare, some fans were less than thrilled to see what they’d need to do in order to unlock the Ghost Portal back bling.

The awesome looking accessory could previously only be gained through a series of challenges that aren’t for the faint of heart, which has caused Epic to make some changes to how it’s obtained. 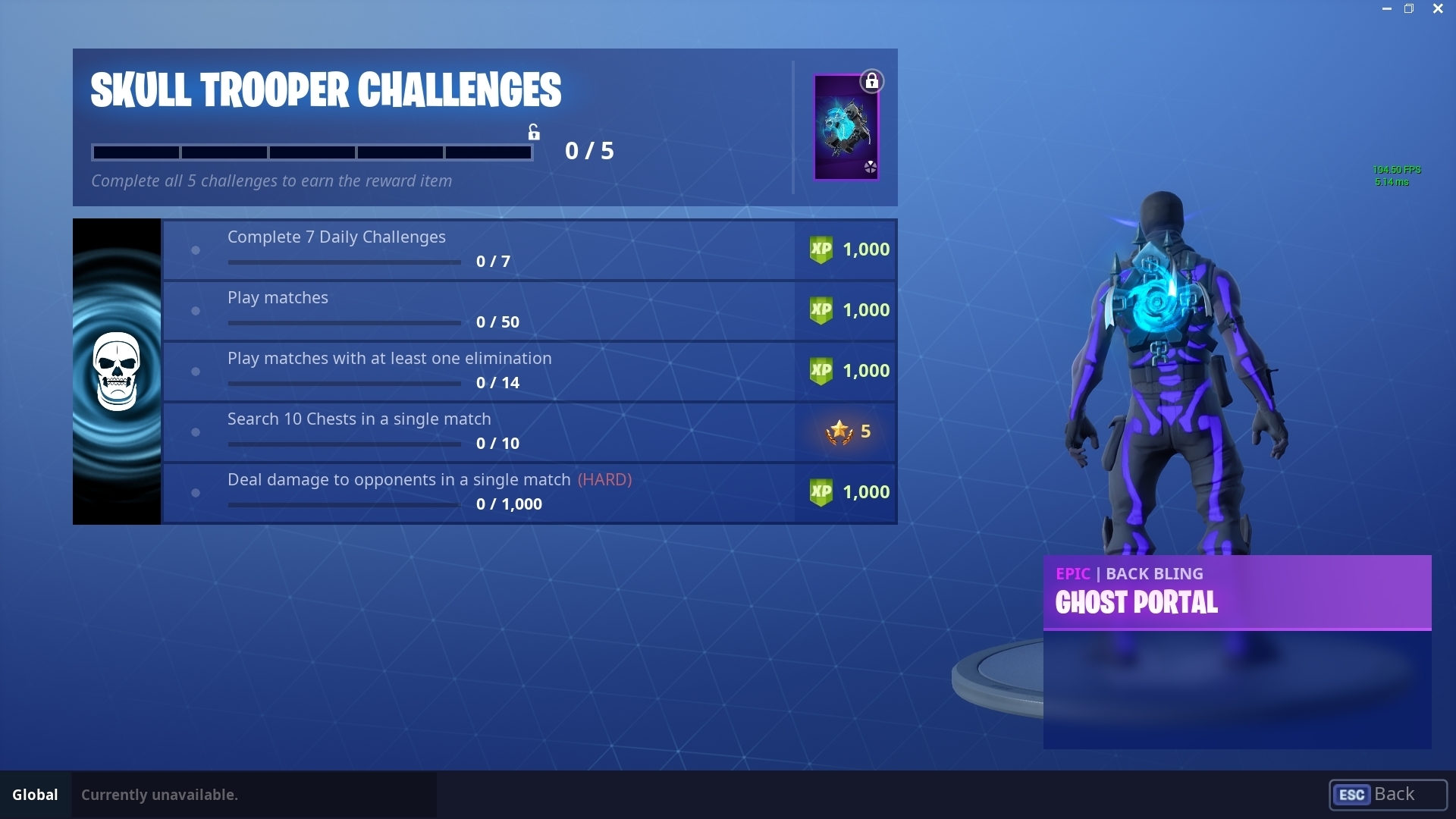 The original challenges were quite the doozy.

Rather than needing to open 10 chests in a single game, among some of the other difficult challenge steps, an event will take place this weekend that will allow players to unlock the item by simply finishing 20 matches.

Players will have to fully complete the matches and cannot just queue in and quit out., which means that they would either have to get the Victory Royale or get eliminated.

The event will kick off October 12 at 7 AM PT / 10 AM ET and run through October 14 at 8:59 PT / 11:59 ET. Upon completion of the matches, players will receive the back bling and the challenges will then auto-complete next week.

Epic’s latest move is yet another example of the company’s willingness to prioritize community feedback and change things on the fly to keep the gaming experience of Fortnite fun and fresh.

However, this does mean that the Ghost Portal back bling will become a lot more common that it likely would have been without this event.