Epic Games have added a brand new item to Fortnite Battle Royale in Season 3, called a Firefly Jar, and players are already getting to know how it works in-game.

Season 3’s kick off saw a number of fresh weapons, items, and locations were already revealed once the v13.00 patch went live on June 17, including the Charge Shotgun, a completely reshaped map to play on, and more. 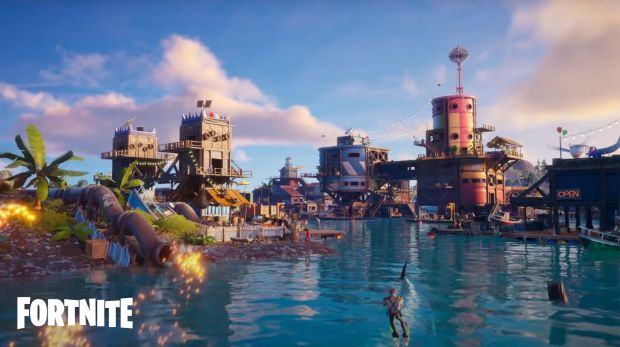 However, since that time information on a new Firefly Jar weapon had also been leaked, but not officially made its way into the battle royale mode. Yet, that’s all changed.

Fortnite player, and data miner, HYPEX had previously released an image of the item, and now has shared a first look video of the item.

The user posted a short clip showing off the new addition on June 23, which was initially captured by GavinK1ng. As seen below, these can seemingly be used to set off a chain of fire wherever it lands. The damage stats for these small explosions are yet to be confirmed.

The new "Firefly Jars" item is out right now! Here's a clip of it! [via: @GavinK1ng]pic.twitter.com/cpPYHroEtk

How to catch Fire Flies in Fortnite

If you would like to check out how the Firefly Jar works in Fortnite Season 3 right now, jump off the Battle Bus and take a look for yourself as new bugs appears to be spawning all over the flooded island.

According to previously leaked information, you will be able to grab these in maximum stacks of three and they deal up to 40 damage per hit.

Not a bad addition, it would seem, and they take up just one slot on your inventory – as expected.