One of the most exciting aspects of a new Fortnite patch is that data miners are often able to get their hands on the files and leak upcoming skins, items and cosmetics that are yet to go live.

This was no different with the release of the V6.02 patch on October 10. The update was already pretty cool, thanks to the addition of the Disco Domination LTM, Quad Launcher and more, but the new leaks make it even better!

As is often the case, the well-known data mining account known as @TwoEpicBuddies on Twitter was one of the first to release a number of new skins, cosmetics and emotes that we can expect to see coming to the game.

The leak seems to confirm that Epic Games are continuing with their Halloween theme for at least another week, as the skins range from spooky hooded characters all the way to a pretty awesome looking pumpkin head character: 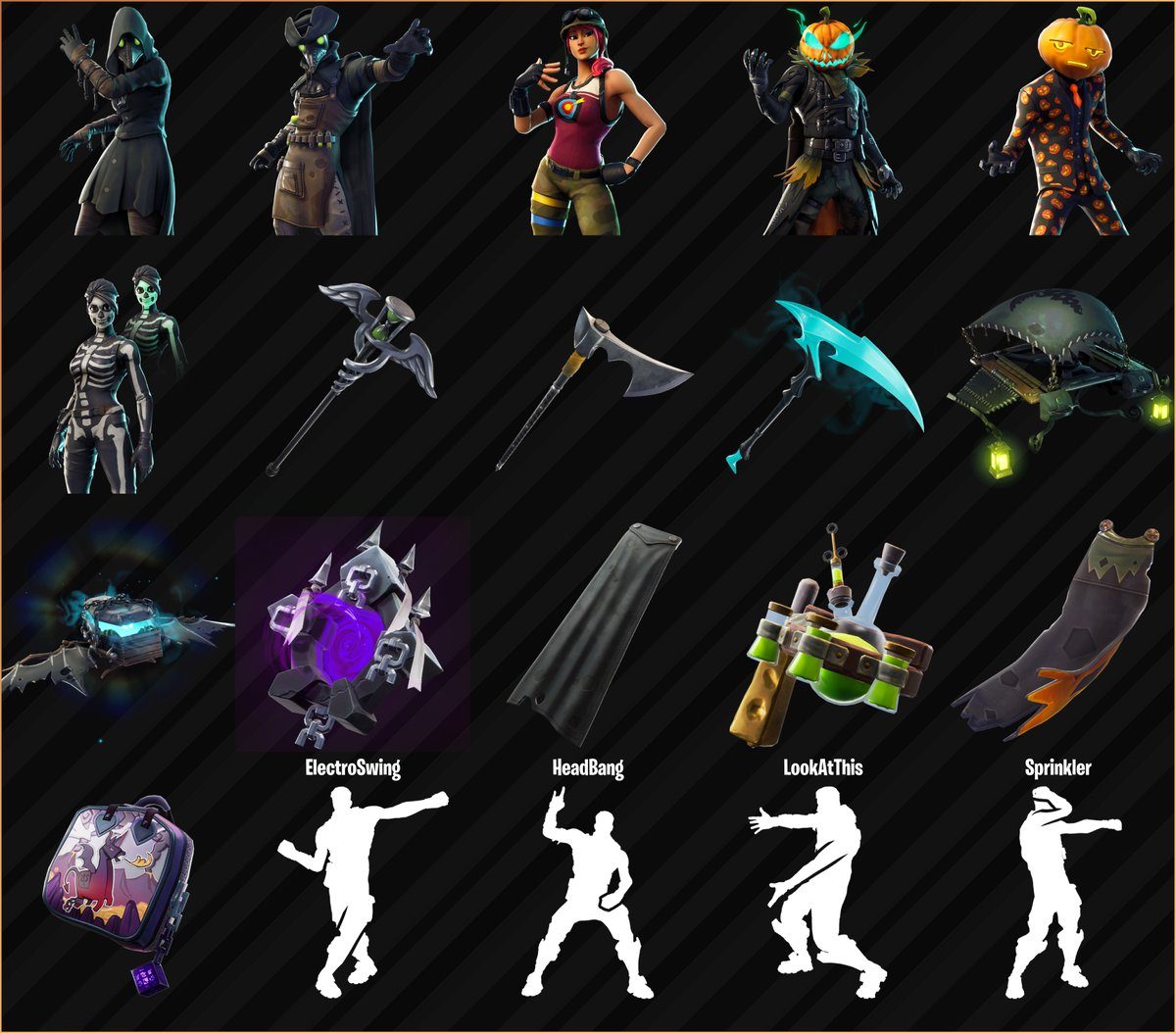 Stay tuned for more information, including names and rarities of the various skins as soon as the data miners have had time to work them out.

Perhaps even more exciting than these leaks is the fact that the Skull Trooper skin, one of the rarest and most popular to ever grace the game, is finally back! You can find out more about the Skull Squad skins here.