Members of the Fortnite community are constantly coming up with new concepts and ideas for items, skins and more, but it’s not every day that one actually gets added to the game.

Perhaps the most notable concept to ever make it into the game came in the form of the ‘Tender Defender’ outfit that a 10-year-old fan designed and desperately wanted to see become a reality.

Now, though, it would appear that another Redditor’s impressive concept work is about to become a reality after leaked assets from the Season 7 v7.00 patch show an upcoming pickaxe that will be familiar to a number of our readers.

In October we shared an incredible Snowman cosmetic set concept from Reddit user ‘snabobo’ which included the ‘Cold To The Touch’ pickaxe, and the recently leaked ‘Icicle’ pickaxe from the v7.00 files looks almost identical. 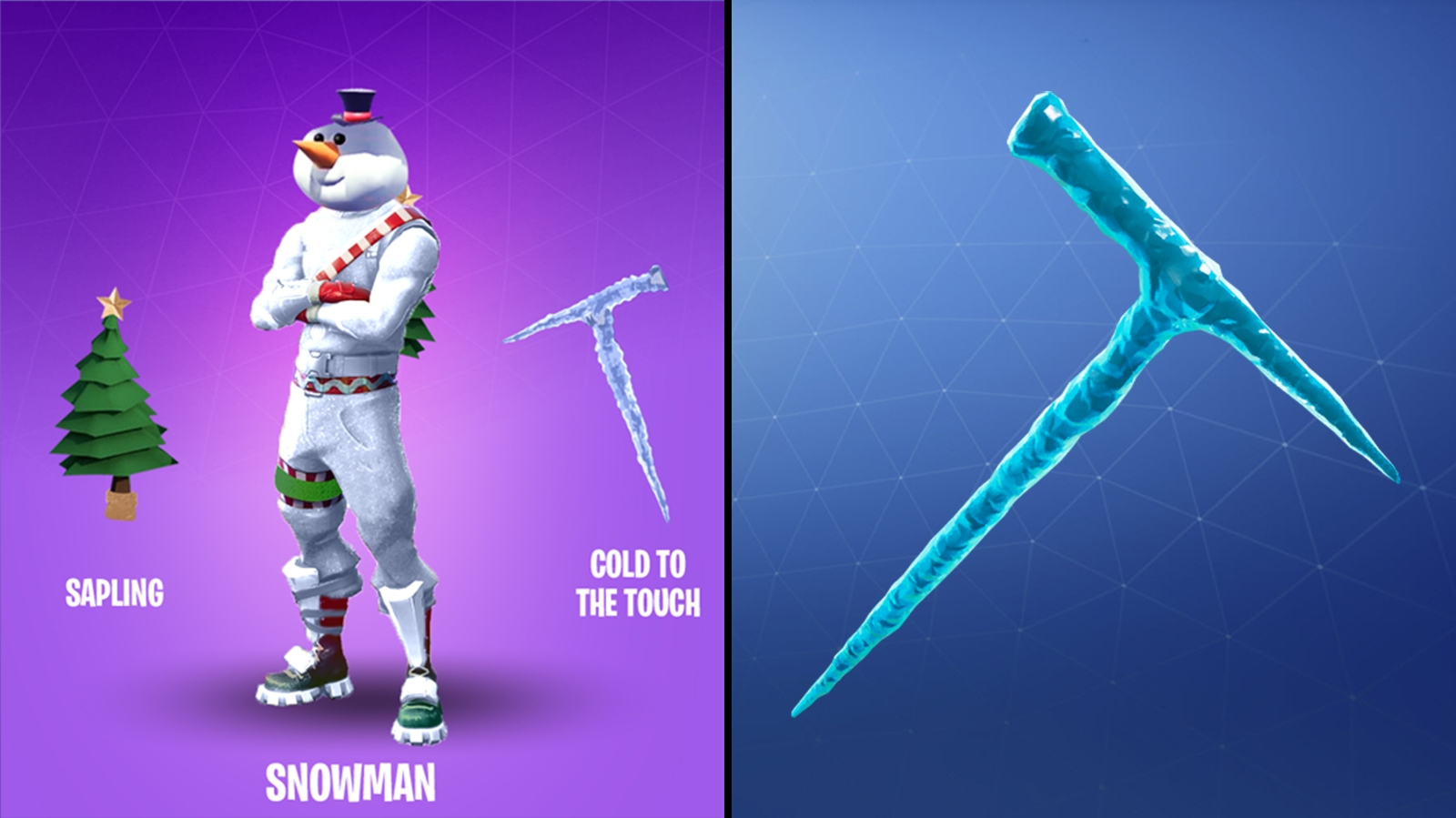 Snabobo’s concept (left) featured a ‘Cold To The Touch’ pickaxe that looks very similar to the upcoming ‘Icicle’ axe (right).

The entire cosmetic set went down well with the Reddit community, and one user, ‘Hoogen646’, even suggested that ‘Ice-Sickle’ as a better name for the pickaxe!

One player that might not be surprised to see the Icicle pickaxe coming to the game, though, is ‘snabobo’, who responded to a Reddit thread about it being added and seemed to confirm that they had been contacted by Epic.

Snabobo said: “I create ideas based on what I would like to see, not what I think I will see. Its okay thought cause I recently got contacted saying it was from my idea, so I can rest easy now.”

With Epic Games adding designs like Tender Defender and the Icicle pickaxe to the game, it would seem that there has never been a better time to be a Fortnite concept artist!