This ‘Snowman’ skin for Fortnite would be the perfect Christmas outfit

One of the best things about the massive Fortnite Battle Royale community is that members are always coming up with cool concepts, ideas and pieces of art related to the game.

This can result in any number of interesting suggestion for new items, weapon and more, and Epic Games’ devotion to constantly adding new content means that there’s always a chance that a player’s concept actually makes its way to the game.

One particular concept that fans would love to see get this treatment is the Snowman skin and cosmetic set that Reddit user ‘snabobo’ shared on the FortniteBR subreddit.

In a post titled ‘Skin Concept: Snowman with Sapling Back Bling and Icicle Pickaxe’, snabobo shows an incredible snowman outfit with a mask that reminds us somewhat of the Tomato Head skin, a Christmas tree for back bling and a picaxe made entirely of ice. 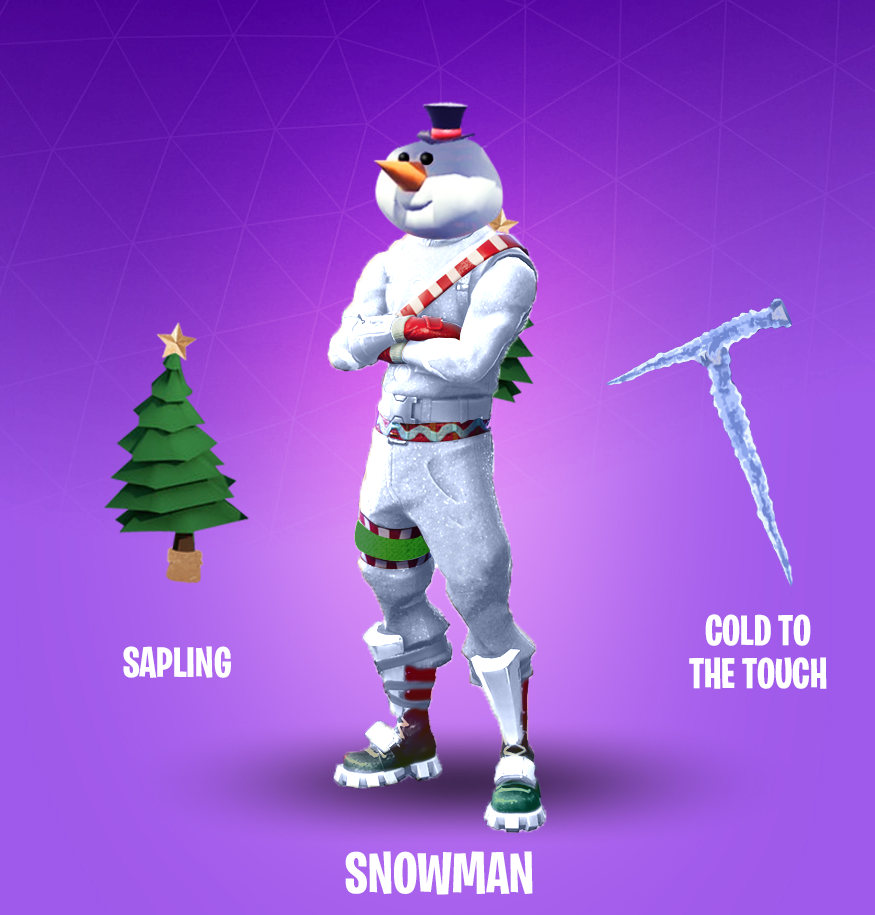 The skin would be an excellent addition to the game for the Christmas period, or simply for the winter months as players hide away from the icy temperatures outside.

Another interesting idea for the skin’s name, suggested by ‘Maxibon99’, is ‘Ice Team Leader’. The design could be made to look like a  polar ear to fit in with the popular Cuddle Team Leader and Fireworks Team Leader skins.

‘Hoogen646’ thinks that snabobo might be missing a trick with the name of the pickaxe, suggesting that something along the lines of ‘Ice-Sickle’ could work even better!

With Fortnite’s ongoing Halloween event, Fortnitemares, still in full swing, it’s probably a little bit early to be thinking about skins relating to the festive season, but that won’t stop us from hoping to see something similar to snabobo’s concept come December.