KEEMSTAR is Planning to Protest the Fortnite Summer Skirmish Tournaments

Daniel ‘KEEMSTAR’ Keem’s Friday Fortnite tournament was pushed out by Epic’s official Summer Skirmish series and now he is looking for revenge.

The popular YouTuber, known for his show “Drama Alert,” is planning a Minecraft stream to protest Epic Games.

In a series of tweets, KEEMSTAR threatened to pull viewers away from Summer Skirmish as a protest for losing his Friday Fortnite tournament. 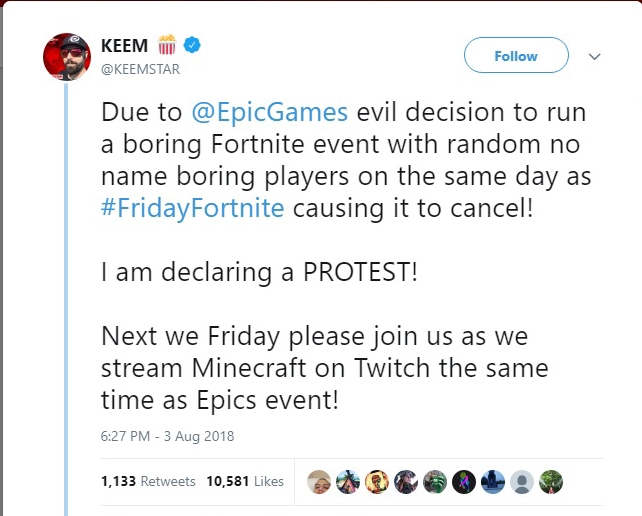 He also had some fun with references to Drake and confirmed he was being serious (though not about the Drake parts).

KEEMSTAR has joked about holding Minecraft tournaments before, leading some to question if the protest is real. 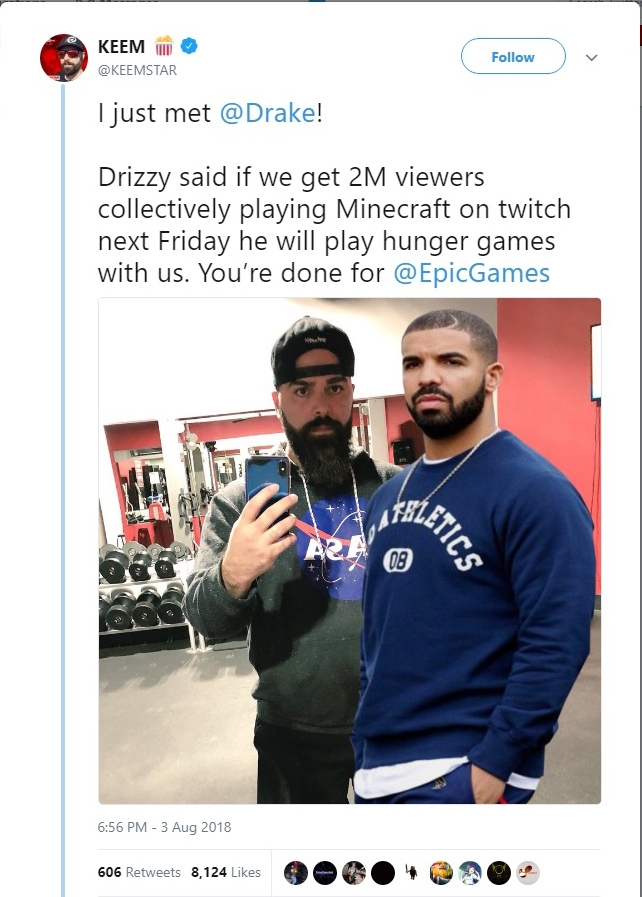 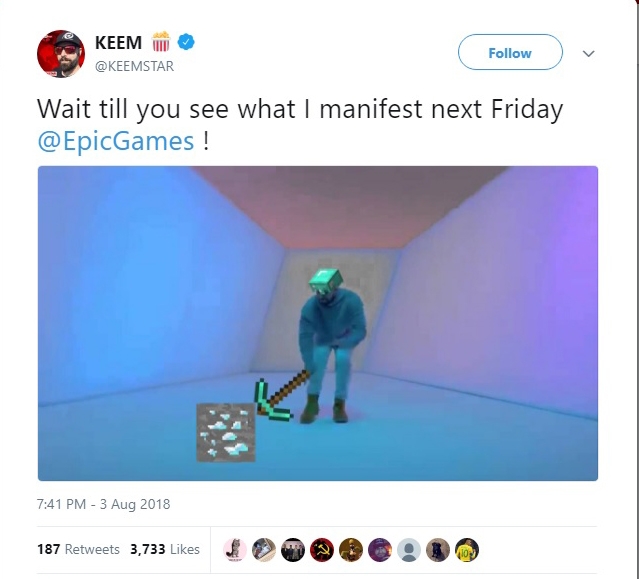 The Friday Fortnite tournament was hosted by KEEMSTAR and featured popular streamers playing for $20,000.

The format had two teams of two playing in the same squad, unable to interact with each other, with the team that got the most kills advancing.

The tournament was not without its issues due to Fortnite’s still evolving esports scene. Epic placed a cap on the amount of money KEEMSTAR could offer, custom servers were not available to use and the format largely ignored Victory Royales – arguably the most important part of Fortnite.

Epic Games started their own competition in form of the Summer Skirmish and put up $500,000 for each tournament, taking all the big name players away from KEEMSTAR and leading to Friday Fortnite’s cancellation.

The Summer Skirmish has also had issues, including lag that caused the first edition to be cancelled.