How to find Fortnite’s hidden ‘E’ for Week 8 Missions

Fortnite Chapter 2 is now into its eighth week, and players who have been taking on the Alter Ego challenges will soon be able to search for the final hidden letter of the season, with an ‘E’ placed somewhere on the map.

Players in Season 2 have become accustomed to searching for the letters, which replaced the hidden Battle Star that was used throughout Chapter 1 by the popular battle royale title’s developers Epic Games.

Almost all of the letters for the Alter Ego challenge are now on the map, with the final letter in the form of an E set to be added to the game with the Dive! Missions that go live on Thursday, November 28.

As always, only players who own the Season 1 Battle Pass will be able to find these letters, as you must complete any eight of the Dive! Challenges to be rewarded with a special loading screen, which is crucial to finding the letter.

This week’s loading screen sees Fortnite characters embroiled in an epic battle, with explosions going off on a bridge as a number of skins make a quick getaway on a speedboat,  while Rippley and Sludge struggle to keep up with the vehicle. 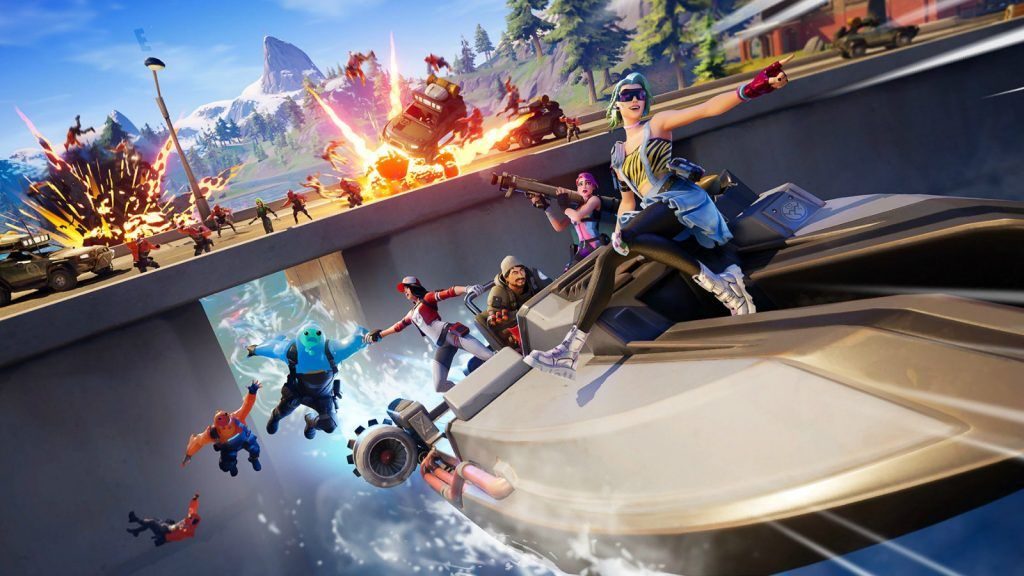 With so much action taking place on the loading screen, it would be easy to miss the letter E, which sits on top of a lamppost between the exploding vehicles on top of the bridge.

This bridge is where you’ll need to head once you complete eight Dive! Missions, and build your way up to the top of the lamppost to interact with the hidden letter. 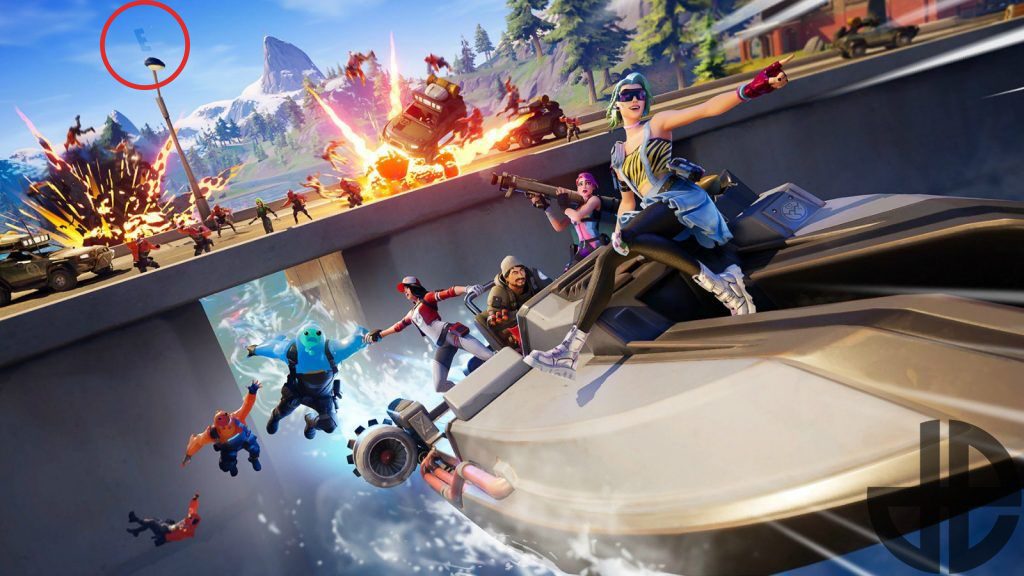 The E can be spotted on top of a lamppost on the bridge.

This letter can be tricky to find, as it isn’t located at any of the named locations on the Chapter 2 map, and doesn’t have any significant features to help you if you don’t know the island. If you’re struggling, we’ve marked the exact spot on the map below. 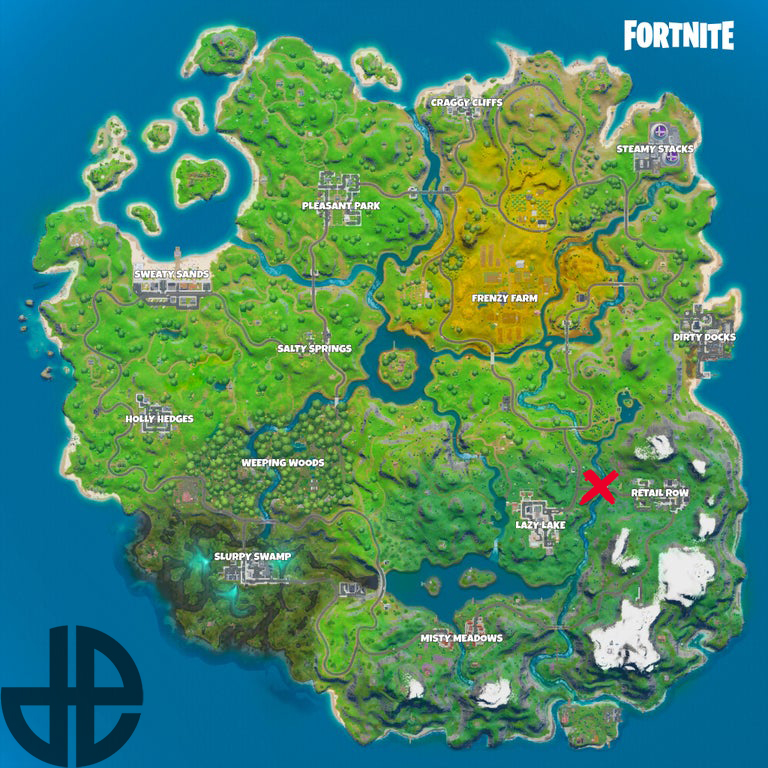 Collecting these letters will help players complete one of the Alter Ego challenges, which run throughout the season, while also offering some free stars to help you rank up your Battle Pass.

Remember though, you must have completed eight of the Dive! Missions before you can interact with the letter, so make sure you have or else you’ll be wasting your time.