How to complete the “Search between a covered bridge, waterfall, and the 9th green” Fortnite challenge for Week 10 of Season 5 - Dexerto
Fortnite

How to complete the “Search between a covered bridge, waterfall, and the 9th green” Fortnite challenge for Week 10 of Season 5

As always with Fortnite’s weekly challenges, one of the Week 10 ones involves finding a Battle Star hidden somewhere on the map.

The clue this week is to “Search between a covered bridge, waterfall, and the 9th green” which is actually more specific than you might think at first glance.

To work out where the Battle Star can be found, you simply need to work out the intersection between the three locations in the description.

In fact, the “9th green” part of it is so much of a giveaway that you might not even need to find all three positions. The green can be found slightly to the east of Lazy Links and the Battle Star is also not far away.

If you’re still struggling, we’ve marked the exact location for you on the map below: 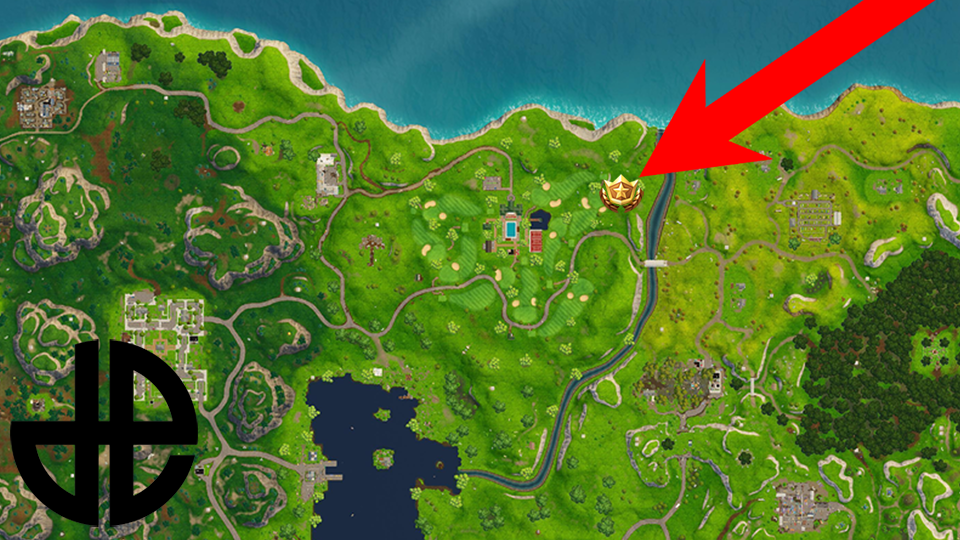 Once you arrive, the Battle Star will appear. Simply collect it in order to complete the challenge but don’t leave the game until you’ve been eliminated or picked up the Victory Royale. Returning to the lobby too early could result in the challenge progression not being correctly applied.

The exact location can be found in the short tutorial video below.

This is the final week of Season 5 and completing the challenges is the quickest way to level of those final few tiers in order to unlock all of cosmetics and items associated with the Battle Pass.