The final set of weekly challenges for Season 5 of Fortnite Battle Royale have been released by the game’s developers, Epic Games.

The week 10 challenges, which went live for players around the world on September 13, feature three “Free Pass” tasks and four that are exclusive to owners of the Battle Pass.

They also feature another of the “stage” challenges that require you to complete objectives in various locations – this week you’ll be eliminating opponents in different spots. 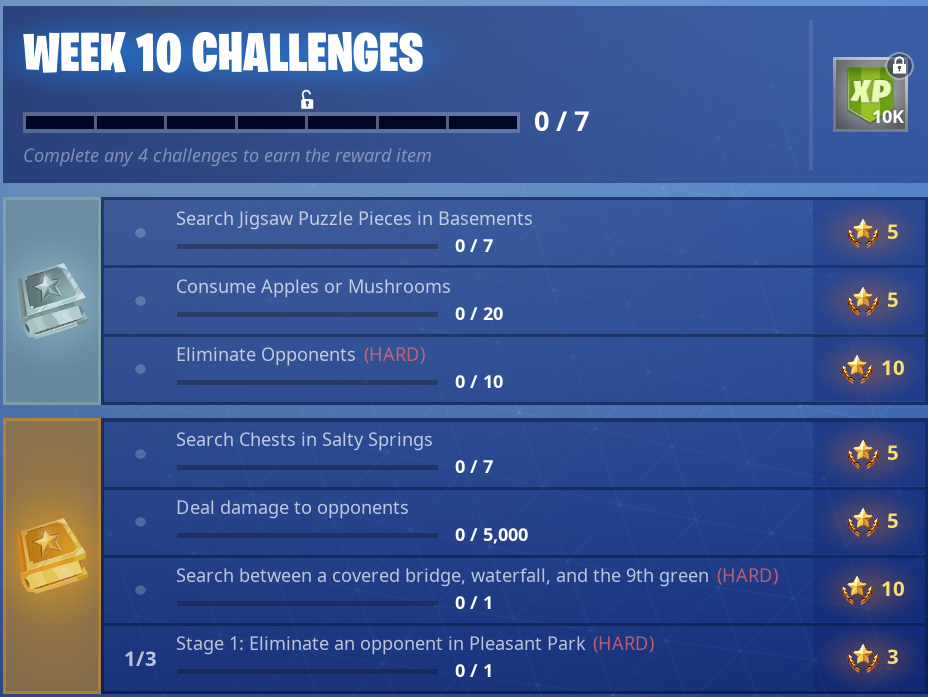 With Season 5 drawing to a close, time is running out for players that want to unlock all of the tiers, skins and cosmetics associated with the Battle Pass.

On the other hand, it also means that the beginning of Season 6 is just around the corner. With the mysterious cube still drifting across the map without explanation, you can expect the transition between season’s to be an explosive one!

As always, keep an eye out for our various challenge guides and tips if you’re struggling to complete any of this week’s missions.

The full list of challenges for Week 10, Season 5 of Fortnite is as follows: