GFUEL Partners Up With TSM Fortnite

Popular energy drink company GFUEL has partnered up with yet another major esports organization.

GFUEL announced on August 8 that it has partnered up with Team SoloMid, more specifically the org’s Fortnite pro and content creation teams.

The announcement was made via a post on the GFUEL Twitter page, which also included a short, introductory video. 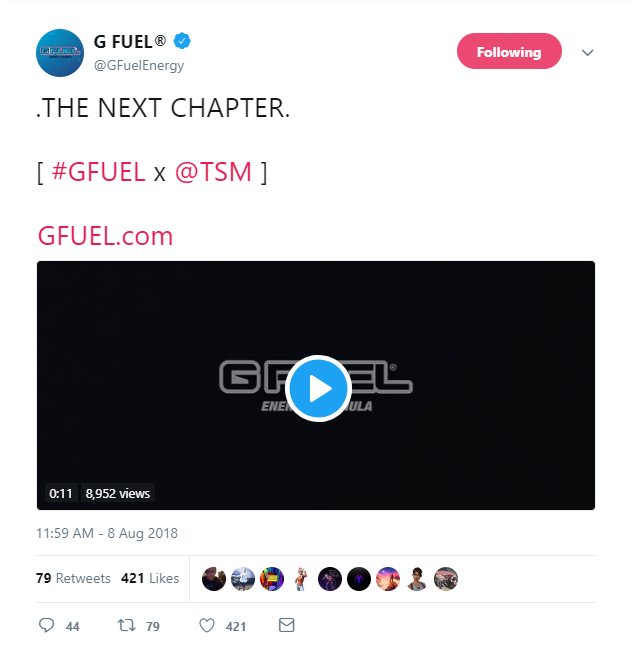 Several members of TSM then posted their own tweets announcing the new partnership, including pro Fortnite players ‘Daequan’ and ‘Hamlinz.’ 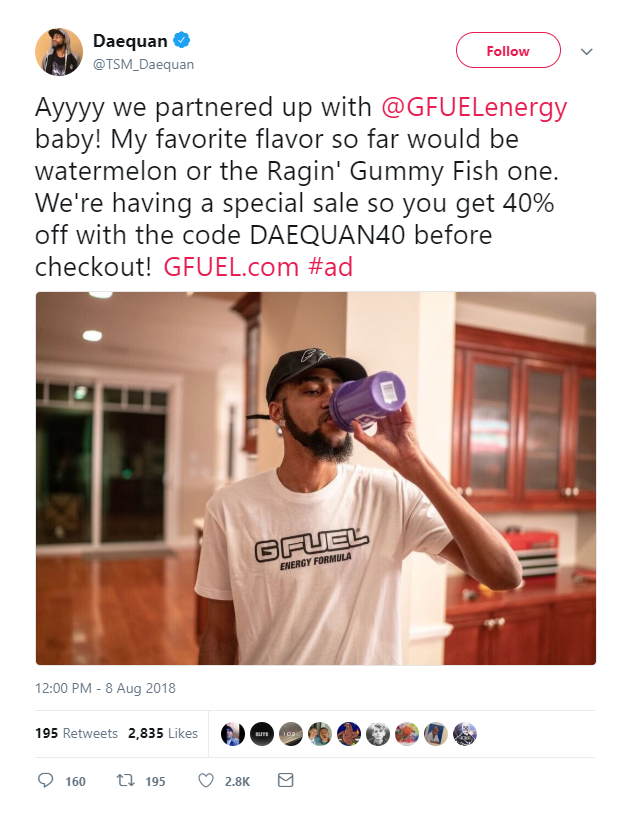 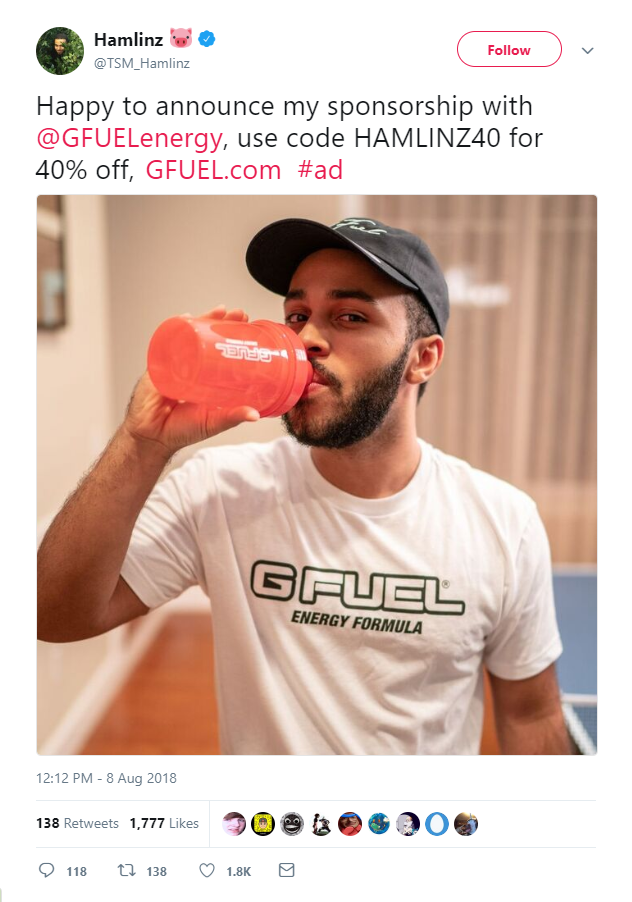 It is not yet clear whether GFUEL’s partnership with TSM applies to the entirety of the org, since the announcement video specified only their Fortnite team.

GFUEL is one of the most recognizable brands in esports, having sponsored numerous major esports orgs as well as top content creators such as Nadeshot, Dr DisRespect, and Censor.