Full cheat sheet map with locations for all the Week 4, Season 6 Fortnite challenges

The weekly cheat sheet map with locations for Week 4, Season 6 of the Fortnite Battle Royale challenges has been released by squatingdog.

The Week 4 challenges were released by Epic Games on October 18 and are generally quite easy, although the inclusion of the doorbell and shooting gallery tasks are at least something a bit different.

You’ll still need to complete all seven of them before moving on to finding this week’s hidden Banner that replaces the Battle Star for the Week 4 Hunting Party challenge.

If you’re in a hurry, there’s no better tool than the weekly cheat sheet produced by squatingdog on Twitter. As you can see, it includes all of the locations that you’ll need in order to complete this week’s challenge. 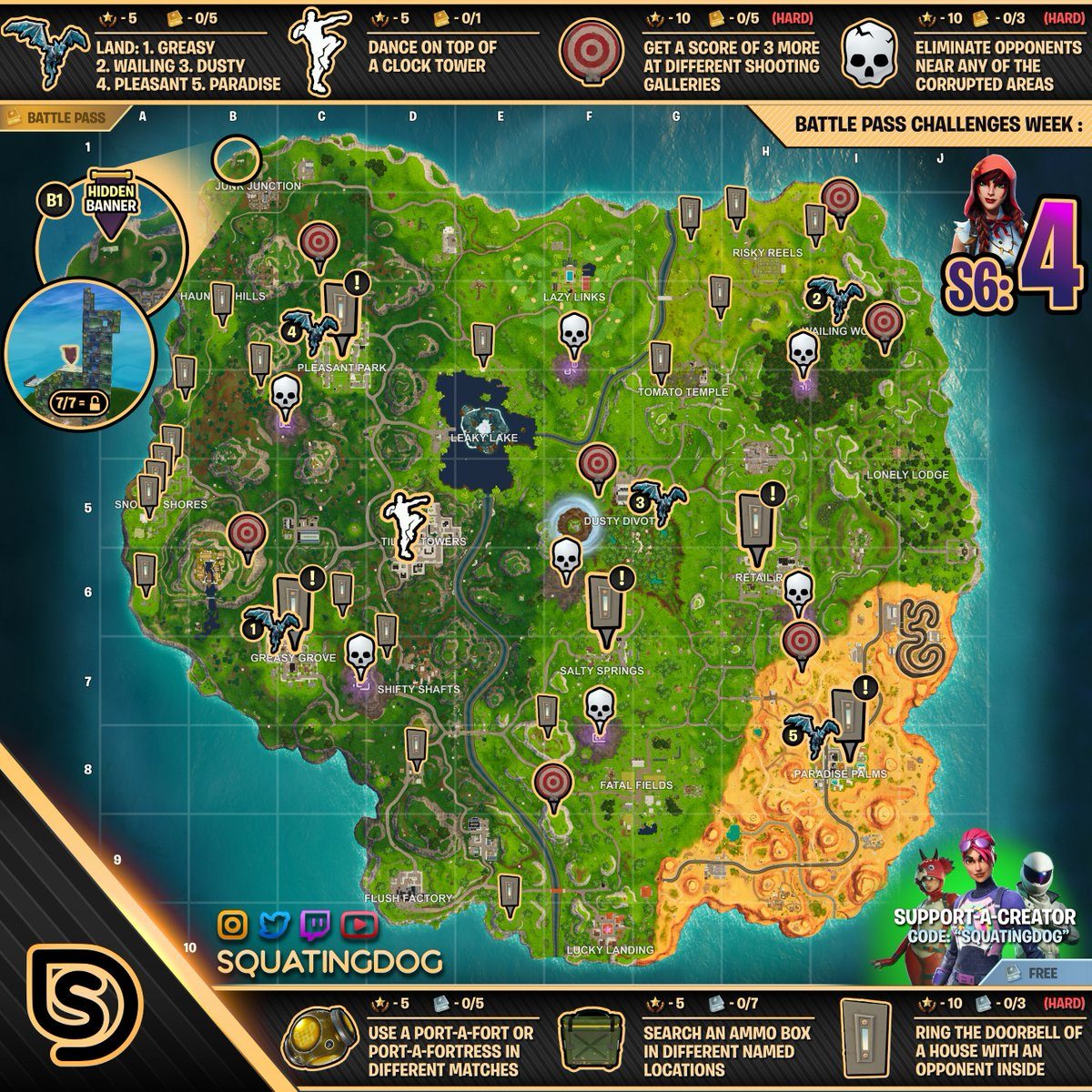 If you’re struggling, instructions and a map can be found in our Week 4 challenges hub.

Once again, this week features three challenges that are free for anyone to complete and four that are Battle Pass exclusive tasks.

Remember to complete any game that you are playing in, by being eliminated or getting the Victory Royale, or challenge progression might not be applied correctly.

If you haven’t seen all of the challenges for Week 4 of Season 6 yet, they are as follows: