The Grill Sergeant outfit has been removed from Fortnite’s Item Shop and players’ lockers just hours after being added due to a number of strange bugs and glitches.

The highly anticipated skin was added to the item shop on September 10, but it was plagued by bugs and removed from both the item shop and player lockers soon after.

In a statement on Twitter, Epic Games revealed that they were “investigating issues” and will report back when they know more:

“We are investigating issues with the Grill Sergeant outfit that was temporarily available in the store. We’ll report back when we have more information.” 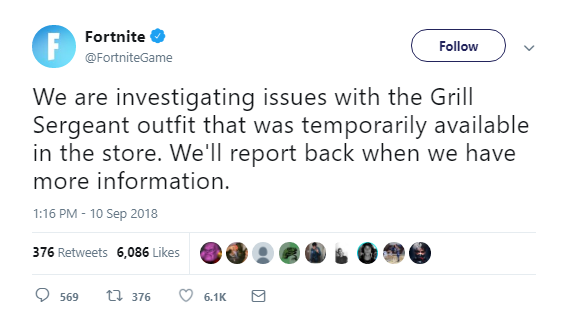 While the developers don’t go into detail, it is assumed that the skin was disabled because of one of the many glitches that have been reported online. The Grill Sergeant was plagued by bugs from the moment it went live, with some players finding that they were stuck with a default skin even after equipping it.

Elsewhere, some fans could see nothing but a floating “Jonesy” head and a weapon when the skin was used in-game! 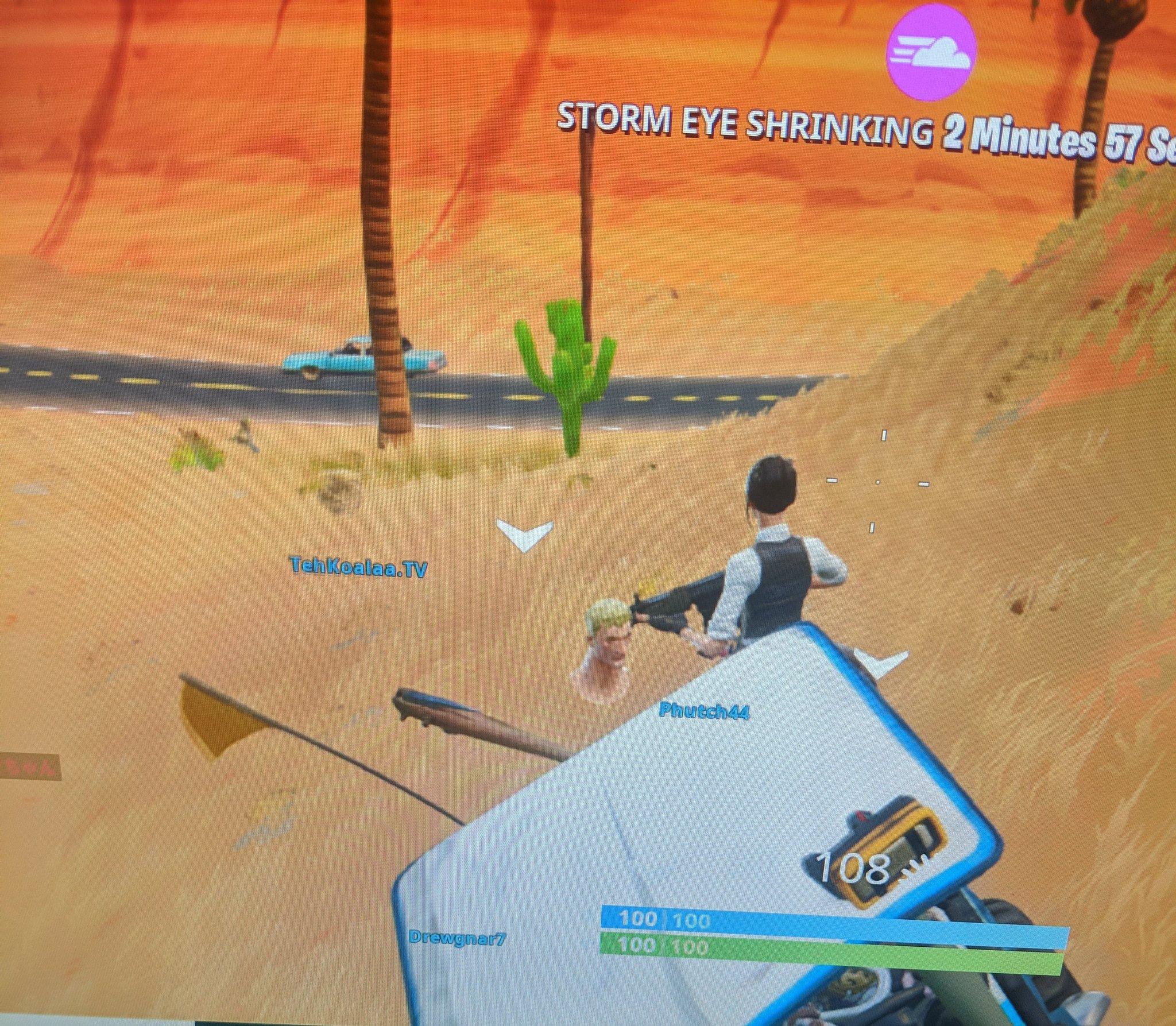 Prior to the statement from Epic Games, many players expressed concern about the Grill Sergeant skin being removed from their locker without a refund.

However, this latest development seems to suggest that this is a temporary issue and that the Grill Sergeant will either return to their lockers or be refunded in full once the developers figure out a fix.

For the time being, the Grill Sergeant has been replaced by the “Recon Scout” – a rare outfit that is currently available for a total of 1,200 V-Bucks.

If you want something a little more eye catching, the Power Chord outfit is also currently available as a featured item. The Legendary skin will cost you 2,000 V-Bucks but this is the first time that it has been available for around 6 months, so don’t expect to get another chance to pick it up any time soon.