The last of the runes left by the Fortnite cube in Season 5 has finally been activated by the mysterious floating island that rose out Loot Lake at the start of Season 6.

The floating island has been travelling from one rune to another since the season began, stopping to hover over each one in turn to activate it.

Once activated, the strange symbols open up and new pieces of the cube/island have risen from the ground to join it. In fact, the house on the island now contains a large proportion of purple bricks – the color associated with the cube’s corruption.

Now the process is set to happen, presumably for the last time, at the rune near Dusty Divot. This means that the area around the rune will now contain the weird volcanic pits that launch players into the air when touched. 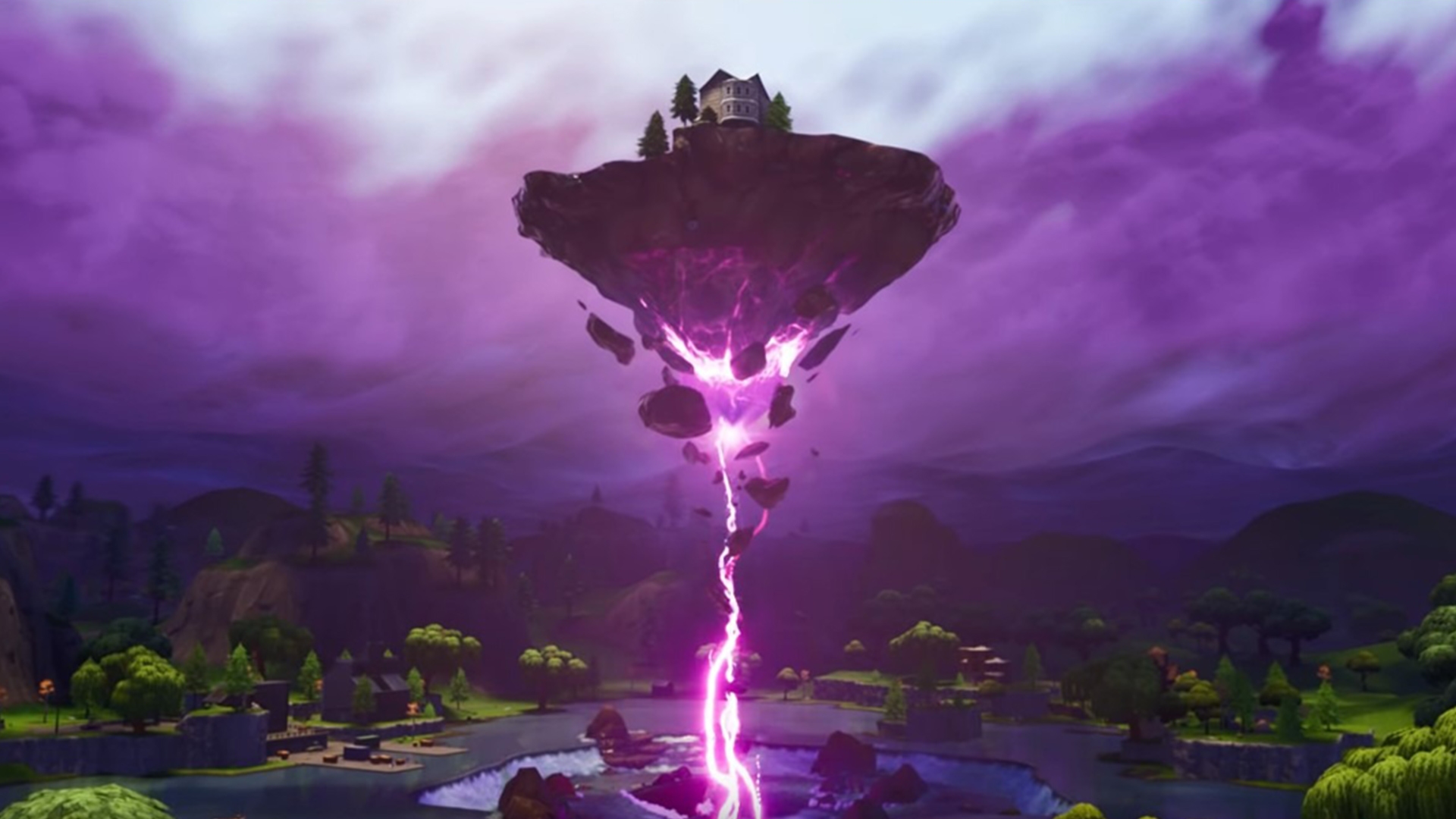 Nobody is sure what will happen after the island has completed its work with the last of the runes, but it usually moves on after around three days so keep your eyes peeled for more changes on Sunday.

A number of leaks after the recent V6.10 update suggested that another major event was coming to the island soon, so the timing would certainly fit with it moving on from the final corrupted area.

A number of sound files supposedly related to this event were also shared by Sud4nym on Twitter:

It looks like all of the runes are now floating towards the island, as seen in the Tweet below from FortniteBR.

Don’t be surprised to see the rumored event begin within the next 24 hours!

Many of the runes started to move away from the corrupted areas overnight, seemingly towards the main floating island. #Fortnite pic.twitter.com/BTqvRpeLfy