Fortnite x Star Wars saw the popular battle royale collaborating with one of the most iconic films of all time, however one streamer proved that not everyone has a connection to the force when his encounter with lightsabers had him screaming for help.

Epic Games celebrated the release of Star Wars: The Rise of Skywalker with their continued collaboration in Fortnite, which saw the battle royale get weapons and skins from the movie.

However, a Twitch streamer found themselves in a nightmarish situation, when a seemingly unstoppable opponent came at them with the film’s iconic lightsaber. 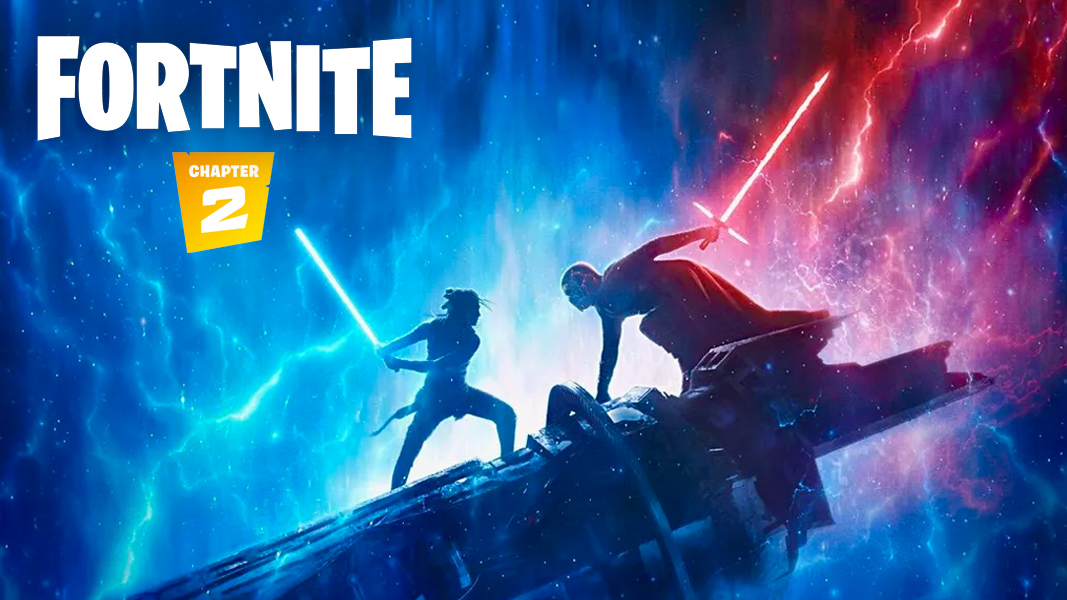 The popular battle royale teamed up with Star Wars in Chapter 2.

Twitch personality ‘Jameskii‘ was in the middle of a match in Fortnite when an enemy unexpectedly came charging at him while wielding Kylo Ren’s red lightsaber.

“Is that..? He’s got a f**king lightsaber!” he exclaimed, as he shot the player point blank with his pump shotgun, which seemingly did nothing as they blocked everything with the energy weapon.

“What the f**k is this sh*t!?” the streamer asked, after multiple shots failed to do damage. He then hilariously screamed for help, as the opponent continued to charge at him while blocking every bullet.

Jameskii then tried to run around the lightsaber-wielding maniac and continued to scream for help at the top of his lungs, as it seemed nothing could stop his attacker.

Finally, his partner jumped into action, but none of his shots did anything either. “What the f**k is this!?” he shouted in disbelief, before he finally managed to put him down with what seemed like a whole arsenal of ammunition.

His partner burst into laughter, calling the moment “hilarious” which made the Twitch personality exclaim, “Hilarious? I almost had a heart attack. This man is chasing me!”

While the iconic Star Wars weapon is only a limited time promotion, not everyone has been a fan of the addition, including Twitch star Turner ‘Tfue’ Tenney who called the energy sword “a*s” and not worth using.

The Rise of Skywalker hit theaters on December 20, and despite mixed reviews from critics and fans, is already on track to gross over $149 million worldwide on its opening weekend.