While Fortnite crim lobbies are usually filled with very strategic play, one streamer accidentally ended up in one and completely flipped the script on everyone.

Epic Games has yet to add custom games to Fortnite Battle Royale, which has forced the pro community to play scrims in public lobbies by queuing up at the same time as one another.

Twitch streamer and podcaster ‘MonsterDFace’ was playing some duos with a friend on stream when he managed to somehow queue up at the same time as the pros and ended up in FaZe Clan’s Turner ‘Tfue’ Tenney’s scrim lobby.

MonsterDFace hops into the game without having any idea what he was getting himself into when a member of his chat informed him that he’s in a scrim lobby.

“I accidentally queued into a scrim lobby,” says MonsterDFace about the situation. “Basically, the lobby we queued into was Tfue’s. What he does is host these scrim lobbies where people go in and get sweaty.”

Rather than stick to the competitive meta of playing very defensive, the duo decides to run head first into the action at every turn, leaving a trail of bodies in their wake.

After landing in Retail Row and picking up a handful of the kill, the pair rotates around the map and end up right in the middle of one of the final circles. 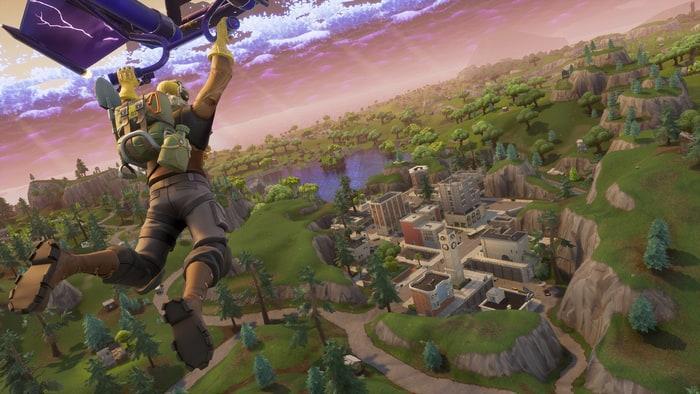 Fortnite players frequently use scrims as a way to practice in a competitive environment.

With only five players left in the game, both MonsterDFace and ‘Connoreo’ were taken out, leaving the duo with a third-place finish and 18 kills.

Both seemed to take it in good fun, however, simply laughing at the fact that they managed to end up in a scrim game and finish with almost 20 kills, an impressive feat in a scrim environment.