If you’re wondering what the Fortnite Season 7 equivalent of Hunting Party challenges will be, it looks like the answer is ‘Snowfall Challenges’.

Throughout Season 6, players were given hints at the end of a week’s standard challenges via a loading screen. This loading screen was related to a bonus ‘Hunting Party’ challenge that involved finding a hidden Battle Star or banner somewhere on the map.

For Season 7, the assumption is that the ‘Snowfall’ challenges, which were originally leaked by @lucas7yoshi_ on Twitter, will work in a similar way.

As you can see in the image below, players will need to complete a host of challenges throughout the season in order to unlock a mystery skin: 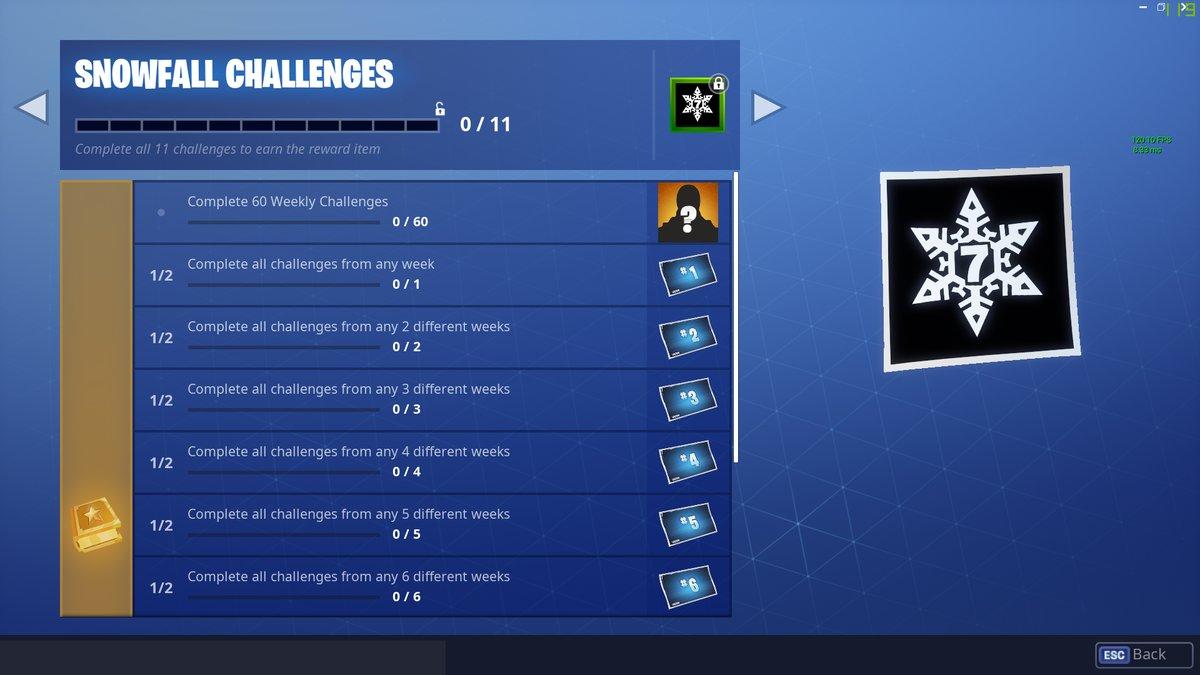 Once again, a mystery skin will be unlocked in Season 7.

Whether or not the Snowfall challenge will work in an identical way to previous seasons is currently unknown.

Once we’ve worked our way through all of the Week 1 challenges, which were released  on December 6 when the v7.00 patch downtime ended, we’ll find the Battle Star or Banner and update you!

Season 7 already promises to be one of the best yet for Fortnite fans. The new Iceberg biome has added a huge amount of room to the map and there are a tonne of other changes besides.

Players will also get the chance to take to the skies like never before thanks to the addition of the all-new X-4 Stormwing plane!