Fortnite Season 7: How to complete the ‘Dance in different forbidden locations’ challenge

Fortnite Season 7 went live on Thursday, December 6, and brought with a huge amount of changes, new skins and cosmetics, map updates and even a new Battle Pass.

If you’re one of the millions of people worldwide that have already installed the v7.00 update, there’s a good chance that you’re already working your way through the Season 7, Week 1 challenges.

As was the case throughout Season 6, the first week of challenges for Season 7 consist of three tasks that are free-to-play, and four that are exclusive to Battle Pass owners.

One of the free-to-play quests requires players to dance in seven different forbidden locations, which is pretty difficult to do when you load into a totally revamped map and have no idea where any of these forbidden places are.

Luckily for you, we’ve put together a map of all the forbidden locations that we have found or been made aware of so far: 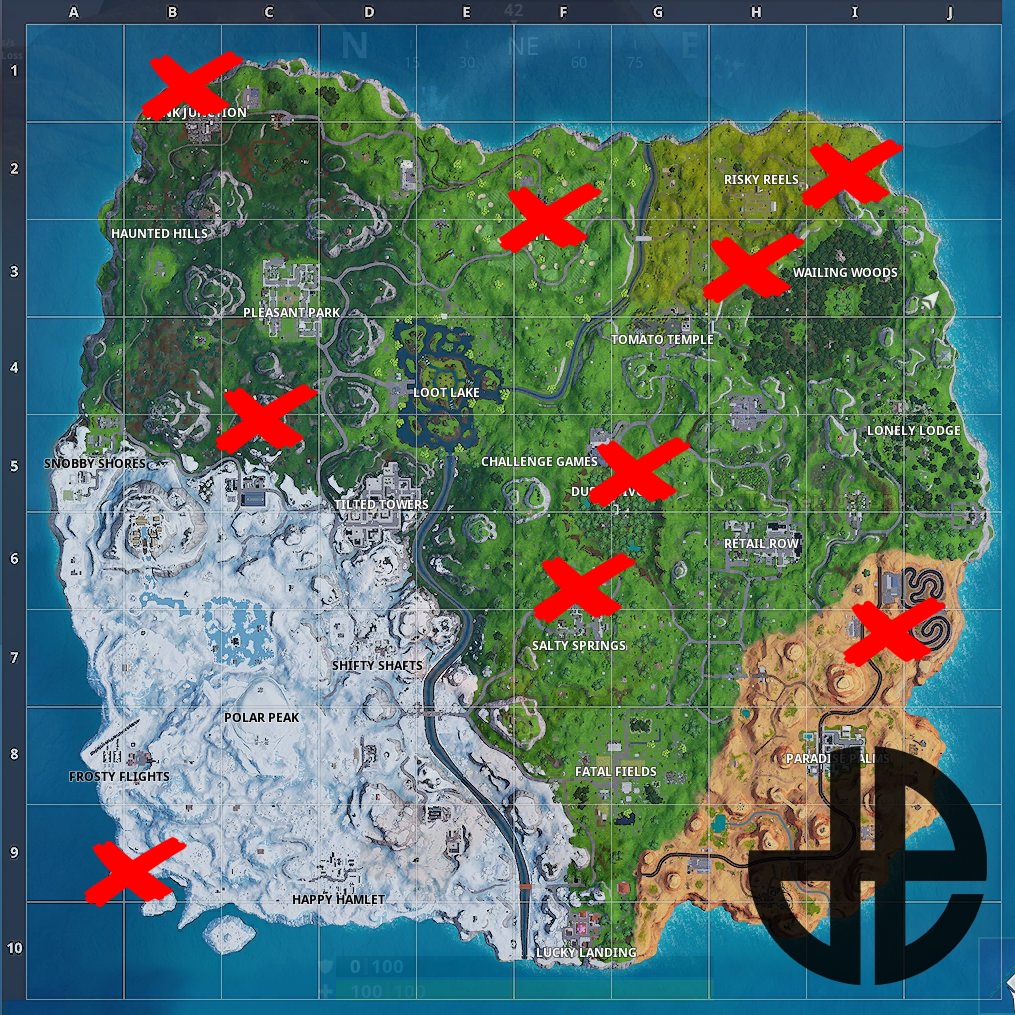 While we can’t guarantee that these are all of the forbidden locations, they will enough for you to complete the challenge.

Simply find the ‘no dancing’ signs at the locations marked on the map and use your favorite dancing emote to proceed. Make sure that you go to seven different locations – repeating one spot will not work.

As always, ensure that you complete any game where you’re working through challenges before leaving. If you return to the lobby before being eliminated, your progress might be lost.

If you find any more locations, feel free to send them to our Twitter account, @Dexerto, and we’ll try to add them.

More information about the massive v7.00 patch and all of the Season 7 changes, from the map to the Battle Pass, can be found here.