Reddit is a hub for thousands of concept designs for Fortnite Battle Royale, but one user’s creation has stood out and captured that attention of hundreds.

Reddit user ‘DeaconCell‘ has come up with a concept for a set of cosmetic items in Fortnite that would be themed after a homeless man and his belongings.

The item set would contain four individual cosmetics, including an outfit skin, a pickaxe, back-bling and a glider, the standard collection of items that usually come in a full set.

The character outfit skin itself would be that of a homeless man, the pickaxe would be a sign that reads ‘Will Build 4 Food,’ the back-bling would be a garbage can, and the glider would be a taped together box with a clothesline hanging off the end. 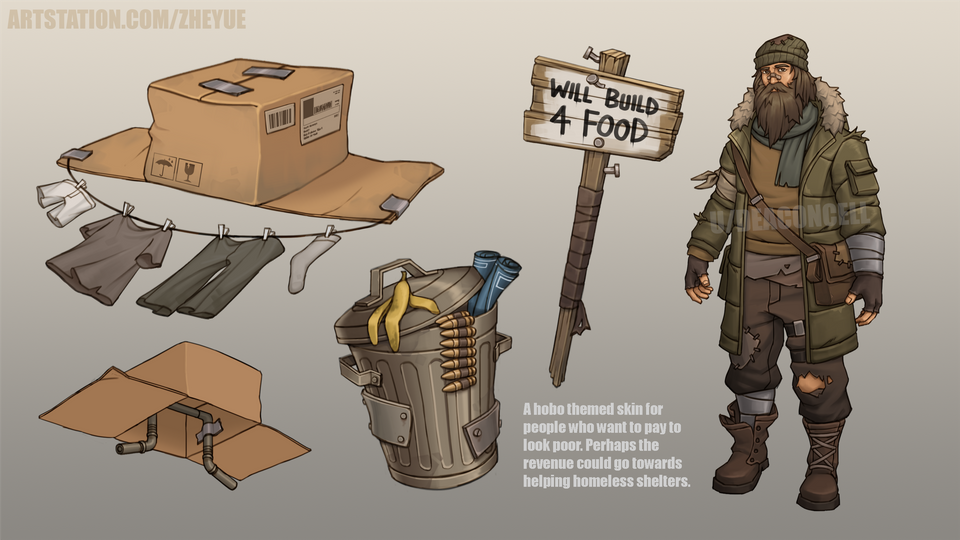 The design of the set itself is extreme quality, and the slight references to Fortnite in the various items is a nice touch, such as the ammunition and editing maps in the garbage can and the “Will Build 4 Food” on the pickaxe.

But perhaps the best part about this concept is not the design, but the fact that a portion of the revenue from the sales of any of the items in the set could go towards funding organizations and shelters that look after the homeless.

“A hobo themed skin for people who want to pay to look poor,” the creator wrote. “Perhaps the revenue could go towards helping homeless shelters.” 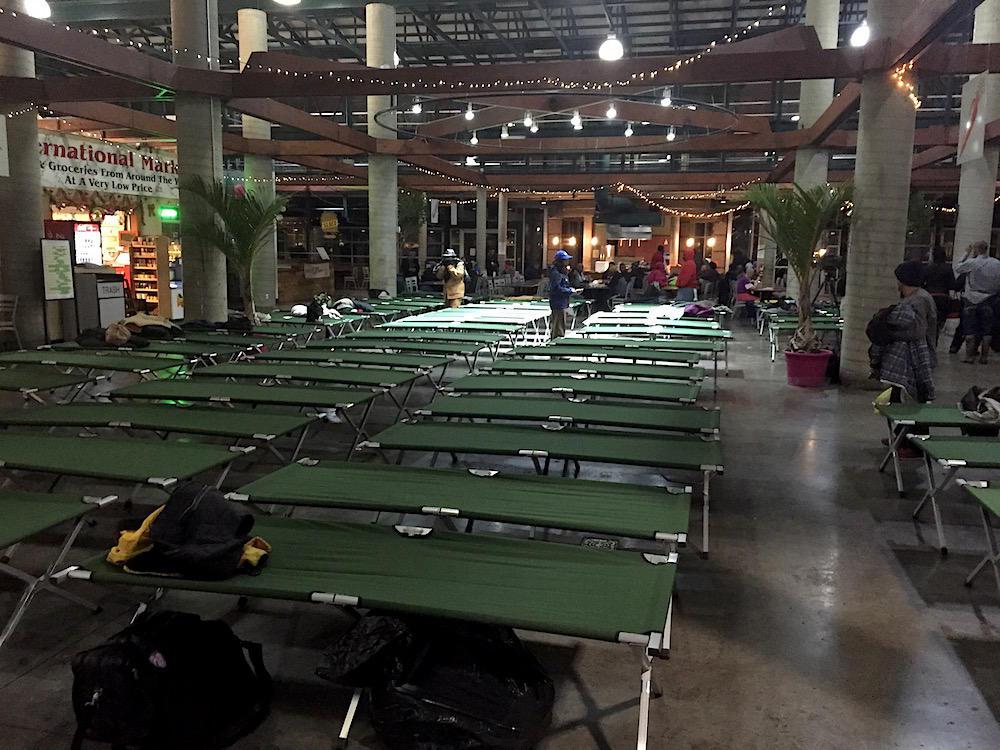 Money raised from selling these cosmetic items could go towards improving the food and sleeping conditions offered at homeless shelters.

If an idea such as this was to be adopted by Epic Games and implemented into Fortnite, not only would it raise money for a good cause, but also open the doors to other similar charity ventures.

From time to time, Epic could add cosmetic items into the Item Shop that would be related to issues or illnesses, and some of the revenue could be donated to related causes, not to mention raising considerable awareness.

Epic wouldn’t have to donate the entirety of the revenue, and it certainly wouldn’t even put a dent in the record-breaking profits they have been consistently generating over the past year.

But what it would do is definitely garner the company high praise and establish them as a strong philanthropic presence, similar to how Call of Duty: Endowment provides grants to charities that prepare veterans to compete for high-quality jobs.

What is today’s Heardle? Answers & hints guide (May 18)

Is V Rising free-to-play? Platforms & how to play early