The qualifying stages of the $1 million Winter Royale tournament for Fortnite Battle Royale are now over, and the top 200 players from the North American region have advanced to the finals.

The Winter Royale event is an in-game competition that was open to all players from the NA and EU, becoming the first ever open tournament in Fortnite.

With the list of the top 200 players from each region now finalized, the second stage of the tournament is set to begin. Below you can find all of the relevant information and details, including the full schedule, scoring format, qualified players, and prize breakdown.

For the second stage of the competition, the 200 qualifying players from each region will compete in five Solos matches that will use the following scoring format:

Based on this format, the top 100 scoring players from each region after this stage will advance the Grand Finals.

Tiebreakers will be determined based on the following order: total Victory Royales, total eliminations during the Event, Average Placement across all matches, total time spent alive, and finally a Coin Flip.

The North American portion of the finals, which kicks off on Tuesday, December 11, will be streamed live on the Fortnite Twitch channel, and casted by MonsterDFace and GoldenBoy.

You can watch the live broadcast of the finals below.

Epic Games are providing a live scoreboard for the Grand Final that will be updated after each game is played. To access this scoreboard and view live standings, visiting the link below.

The top 200 players from the NA region that have qualified for Stage 2 of the Winter Royale can be seen below,

Keep in mind that this may not be the same list that was available right after the qualifiers ended because Epic Games determined that several of the initial top 200 players were not eligible to play. 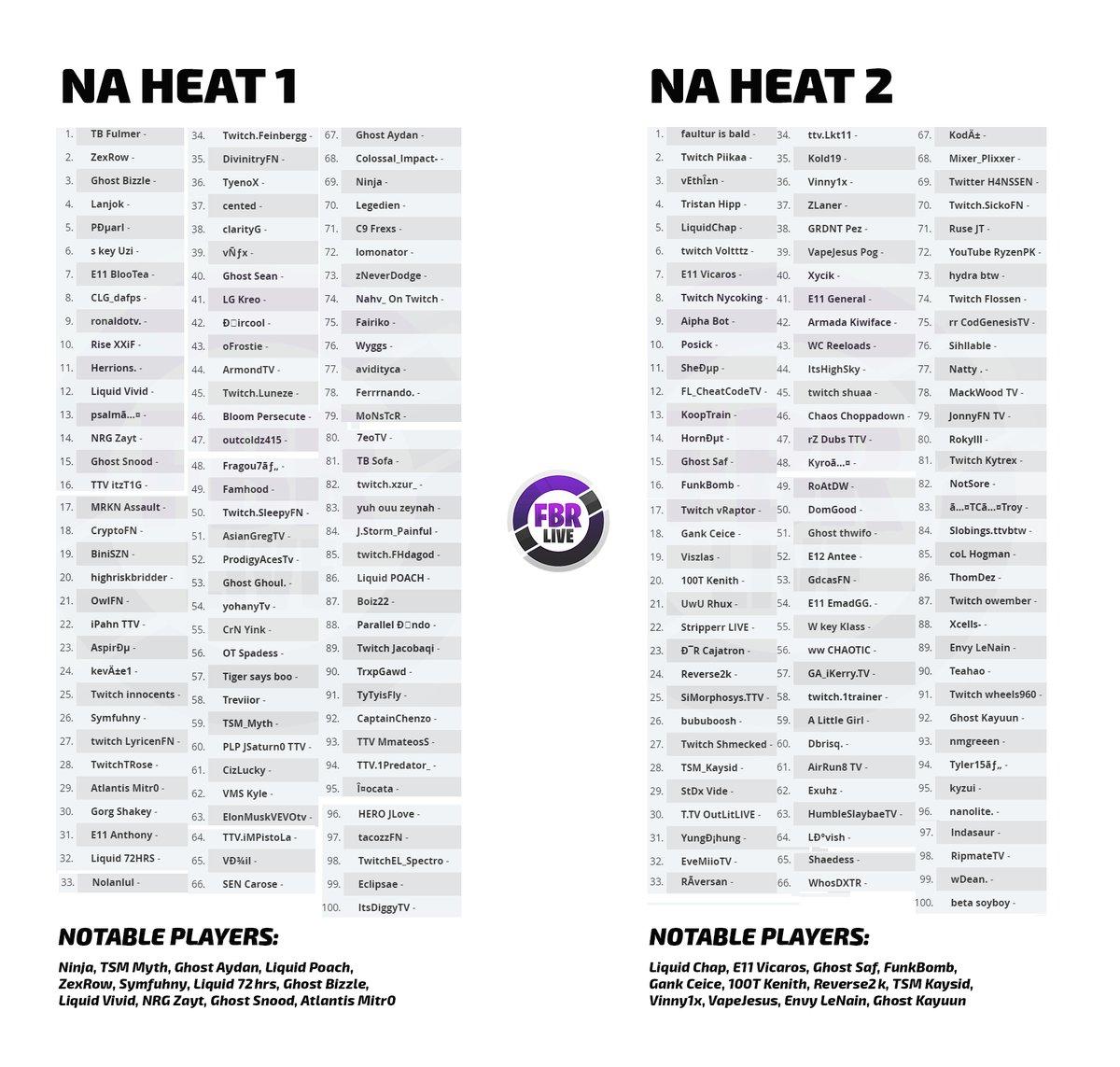 The Winter Royale features a $1 million prize pool, which is split in half and distributed to the finalists from each of the two regions.

These prizes will be awarded to the final 100 players from each region that make it to the Grand Finals. 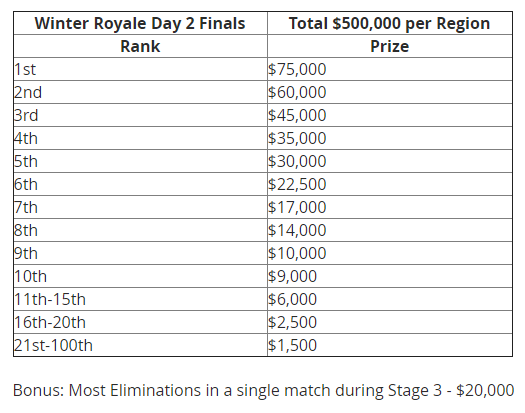 The European region’s Winter Royale finals were played November 30 – December 1, with LeStream Skite finishing in first place out of the 200 qualified players.

For a full recap of the EU finals, including highlights, final placements, and more, visit our EU Winter Royale recap page here.