Epic Games might be on the brink of adding an Epic and Legendary variant of the Infantry Rifle to Fortnite, according to a new leak.

The rifle, which was added to Battle Royale with the v7.40 content update on February 19, has been largely criticized by the game’s online community for not being powerful enough.

However, new information seems to suggest that the developer is working to add improved versions of the weapon to the game. 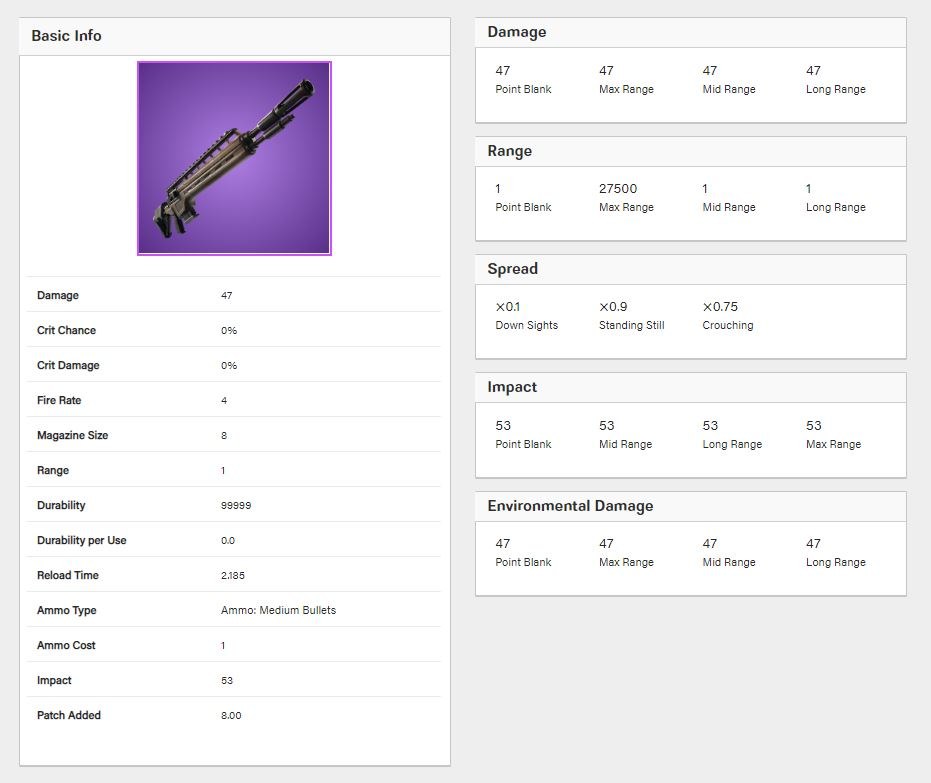 Here are the supposed stats of the Epic Infantry Rifle, according to the leak.

Potentially leaked information posted online by Stormshield One seems to show both Epic and Legendary versions of the semi-automatic weapon – both of which are not yet available in Battle Royale.

Further updates from Fortnite leaker Lucas7Yoshi, has given more information about the stats for the weapons. The Epic variant will deal 53 damage, while the Legendary is a little higher at 55. There is also a tiny reload timing difference between the two.

The sounds that the weapon will make, being shot up close, from a medium-range distance and from long-range, will leave a lasting impression on everybody that hears it. There is also a change in the reloading sound – both when the reload starts and as the new round of ammo is inserted into the legendary version of the weapon.

The new sounds, which will help players be able to notice the difference between the new variant of the Infantry Rits and it’s pre-existing verisons, can all be heard below thanks to a post from the FortniteLeaks subreddit.

However, there’s no word on whether or not these upgraded variants are supposed to be for the popular Battle Royale game mode as of yet, so there’s always a chance that this could be for Save the World instead.

One thing is for sure, though. These new versions of the Infantry Rifle would go down very well with Fortnite fans if they do turn out to be real.