Fortnite: How would a 'No Weapons' LTM work? - Dexerto
Fortnite

Fortnite: How would a ‘No Weapons’ LTM work?

Fortnite’s large arsenal of weapons makes the gameplay hectic, fun and diverse but a game mode that solely focuses on auxiliary armaments would create another kind of beast.

Epic Games frequently introduces new takes on its own formula in the form of Limited Time Modes (LTM), and a scenario that takes away primary weapons and turrets from the game would be interesting.

A Reddit post from user ‘An-FBI-Agent’ gave a quick rundown of how a gun-less LTM could work in the 100-player battle royale and it would instantly be one of the wildest additions to the game. 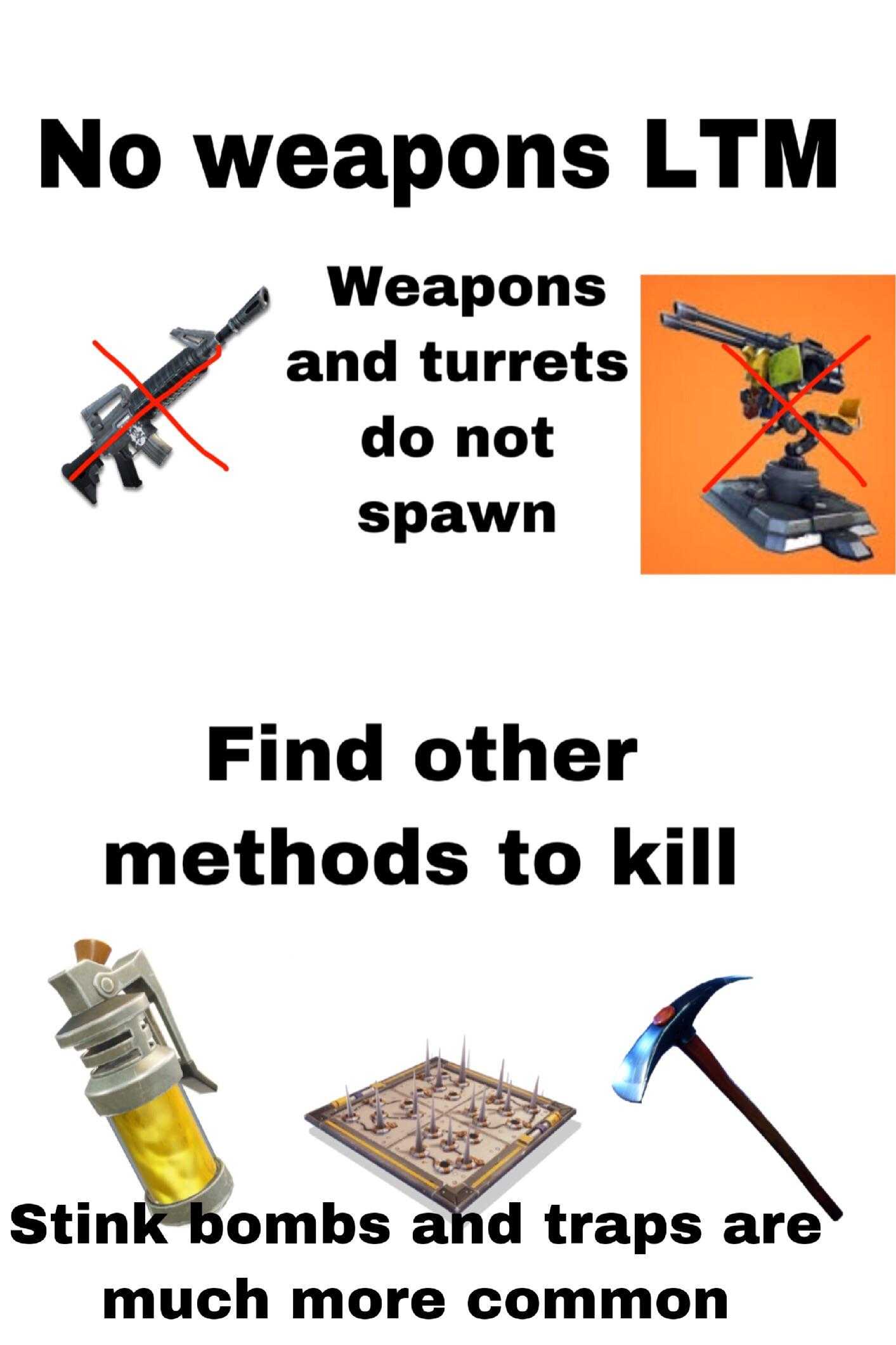 A mockup of the basic rules to the fan-created concept.

Their concept would keep shotguns, assault rifles, and even pistols from spawning while increasing the spawn-rate of other offerings such as traps, Stink Bombs and others.

The game is littered with ancillary weapons ranging from dynamite, Clingers, grenades, and Spiked Traps, but user ‘An-FBI-Agent’ specifically disallows the busted Mounted Turret even though it’s technically classified as a trap.

A mode like this could increase the chances of seeing exciting new uses for distortion items like Launch Pads, Chiller Traps, Boogie Bombs, Shockwave Grenades and the like. 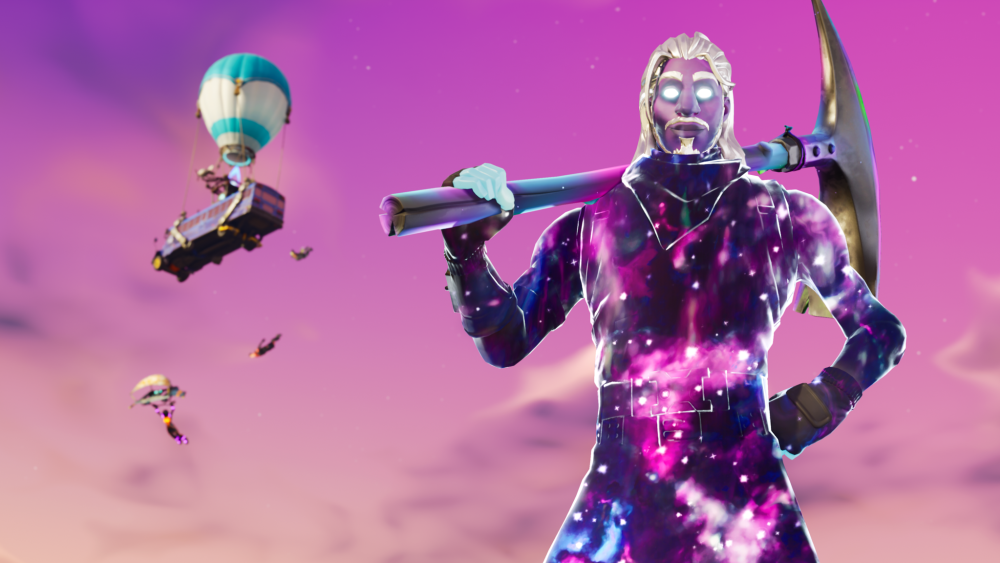 Players who aren’t great at aiming could have a lot of fun in a mode that completely dispels one of their worst skill sets.

Readers were quick to point out that skybases would ruin the idea. But without any guns and an increases spawn-rate to items like Port-a-Forts and Rift-to-Gos could make surprise assaults using only Shockwave Grenades a blast.

The idea is not completely sound, but just with like the LTM’s before such as Close Encounters and High Explosives, players could find unique ways to come on top.