After nearly a day of downtime following the Season X live event, the Battle Pass trailer for Fortnite Chapter 2 has leaked and it gives us a good look at what to expect.

Fans have been dying to learn more about what Epic have up their sleeves for the upcoming season of Fortnite and we have finally gotten our first glimpse.

The full Battle Pass trailer for Fortnite Chapter 2 has leaked and it gives us a look at everything that has changed in the game. You can view the trailer below, which was first posted by SkinTracker.

This trailer, if it turns out to be authentic, gives us our first look at boats, a new fishing mechanic, and much, much more.

A brand-new medal system is being introduced which gives players even more ways to level up. It’s clear the developers intend this to be a massive overhaul to the current game and this is one of the ways they will keep player interest high.

With the new map seemingly on the brink of being very water-centric, a new diving mechanic has been added that shows a player dive off a cliff into the river below.

The trailer gives us a look at a new beach location and what’s most interesting is we see downed teammates being carried, which indicates you’ll be able to run your teammate out of harm’s way when they are downed. 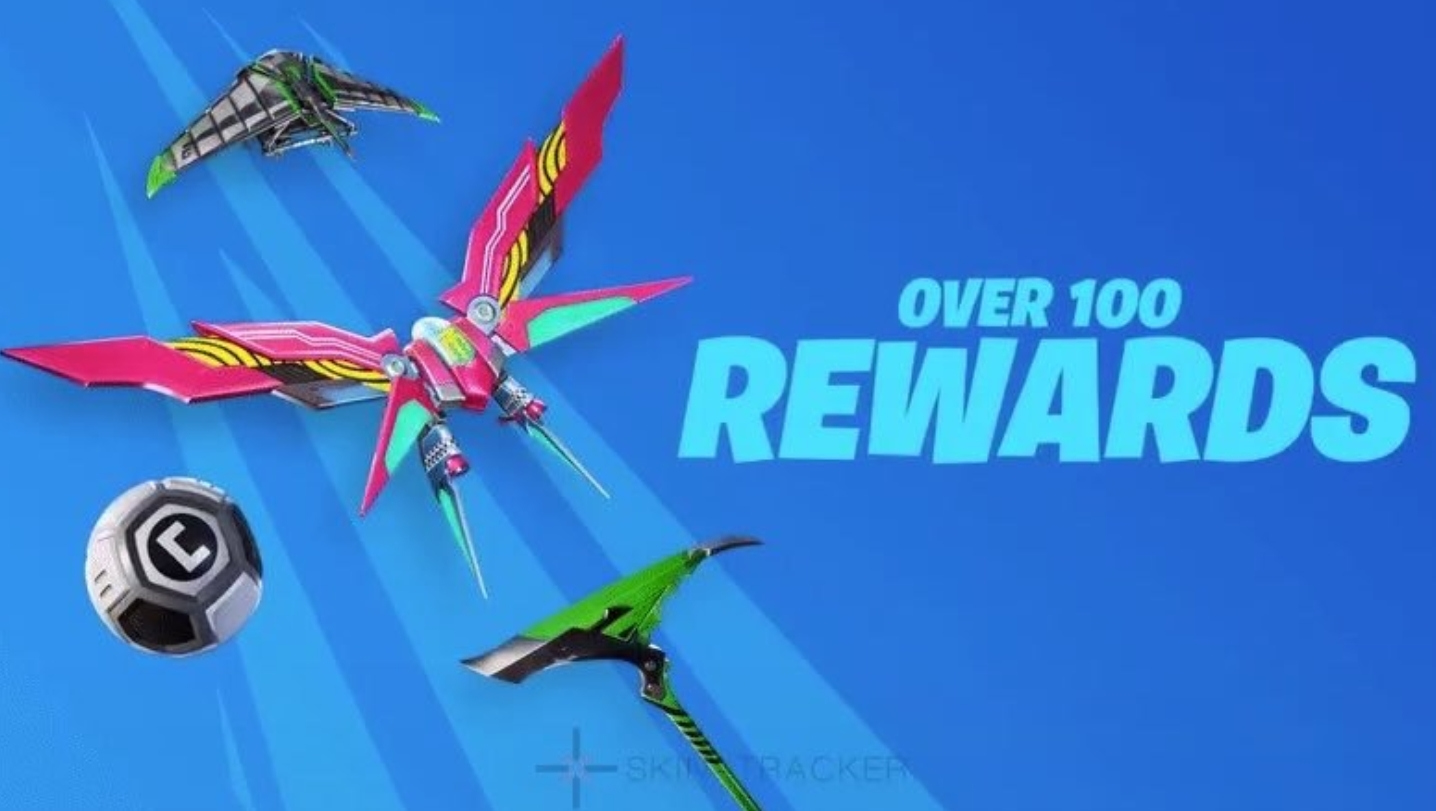 Many rewards are up for grabs.
[ad name=”article4″]

Like any Fortnite update, we see a look at some new cosmetics, but even that’s been ramped up a notch as we see llama pogo sticks being ridden by several new skins, including a blue blob looking one.

To top it all off, it sounds like this will end up being the largest Battle Pass to ever come to Fortnite as the trailer says there are 1,500 V-Bucks up for grabs and over 100 rewards to obtain.

The only thing that’s missing is an official start time. There have been a lot of rumors swirling around, with some of them saying a launch won’t happen until October 17.

With this leaked video, it’s looking like we’re right on the cusp of a release so stay tuned for any information surrounding the launch of Chapter 2.